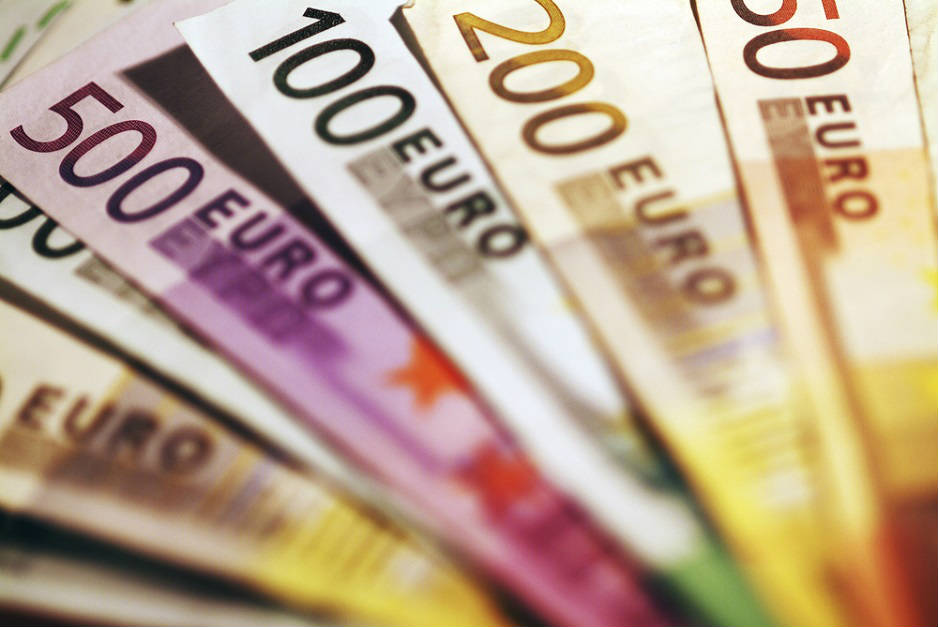 In Europe, a volcano finally erupted. Syriza, a left-wing party, won the Greek elections. It has refused to negotiate with the “troika” team from the European Commission (EC), the European Central Bank (ECB) and the International Monetary Fund (IMF). The troika wants Greece to carry on as if it’s business as usual. In 2010, the troika imposed tough conditions on Greece in return for a €240 billion bailout. The economy has since shrunk by 25%. Unemployment is 25% and youth employment is 50%. That is why Syriza won.

Greece’s total debt is €323 billion — 175% of its gross domestic product (GDP). This year, Greece needs to repay about €20 billion. The bailout was madness. It threw good money after bad. The assumption was that Greece would emerge like a phoenix from the ashes after a good dose of German austerity. It would grow fast enough to repay its original as well as bailout debt. The reality was that the Greece situation was hopeless. Now, the chickens have come home to roost.

The entire euro project is in question. The Swiss have already decided to no longer peg their franc to the euro. They don’t want the risk of inflation or, more importantly, asset market bubbles that will inevitably arise as the ECB’s quantitative easing (QE) program gathers steam. The Greeks will certainly not carry on with austerity. At the heart of the standoff are two divergent beliefs about creditor rights.

For Germany and the troika, creditor rights are inviolable. Reducing debt is not an option. Hence, they keep giving more debt to pay back old debt. However, with debt come obligations. For Syriza, the Biblical proverb that the borrower becomes the lender’s slave rings true. It wants a European Debt Conference modeled on the London Debt Conference of 1953 that forgave 50% of Germany’s post-World War II debts. It has turned down another €7 billion of bailout money, setting the stage for a clash that will decide the future of the euro.

Meanwhile, deflation is gathering pace across 19 countries in the eurozone. This is largely caused by falling energy prices that dropped by 8.9% in January. Normally, this would be good news. However, eurozone countries are deep in debt. Falling prices mean less revenue for governments, increasing the burden of repayments. Real interest rates have gone up, and the ECB has embarked on QE as a result. Despite recording its slowest growth since 1990, China is still driving the global economy. According to the United Nations Conference of Trade and Development (UNCTAD), foreign direct investment (FDI) during 2014 was $128 billion for China and $86 billion for the United States. It is important to note that UNCTAD doesn’t count Hong Kong as a part of China, which attracted $111 billion of FDI in 2014. The center of gravity of the world economy is inexorably moving east.

Chinese consumption is behind the latest jaw dropping performance of Apple. The company recorded the biggest ever quarterly profit of $18 billion, beating Exxon Mobil’s 2012 record of $15.9 billion. The Chinese cannot get enough of Apple’s iPhone, and Steve Jobs must be smiling regardless of whether he is in heaven or hell. More importantly, Apple demonstrates how the Chinese economy is evolving. Earlier, China was the place where Apple got Foxconn to manufacture its products. Today, the Middle Kingdom drives Apple’s profits, the returns to its shareholders and the bonuses to its executives.

As the Chinese economy evolves, its policymakers are scrambling to adapt. So far, growth has been official dogma. At least in Shanghai, this is no longer so. In a historic decision, the city of Zhu Rongji has abandoned the GDP growth target. Henceforth, “structural optimization” along with “quality and efficiency” will be Shanghai’s focus. Shanghai has become the first city to abandon the investment-heavy model that has led to unsustainable debt and ghastly damage to the environment. Expect other urban parts of China to follow Shanghai’s lead.

US President Barack Obama attended India’s Republic Day celebrations. He became the first American president to visit India twice and the first to be a guest for the Republic Day parade. Clearly, the US is betting big on India being a counterweight to China. The visit was high on hype. An agreement that will allow American companies to build nuclear reactors was announced. However, both countries have to roll up their sleeves and put in a lot of work for the relationship to move beyond cosmetics.

In Pakistan, an attack on a Shiite mosque killed 49 people and wounded many others. The Sunni radicalization of the country is increasing dramatically. Pakistan has long been a tough place for minorities. For a country whose much revered founder was Shiite, the attack on a Shiite mosque is deeply ironic and highly disturbing. Fears of the impending implosion of Pakistan are increasing both inside and outside the country.

Meanwhile, Hezbollah and Israel have had another spat. After the Israelis killed six Hezbollah fighters and an Iranian general in Syria on January 18, Hezbollah ambushed an Israeli convoy, killing two soldiers and wounding others. Hezbollah claims that the assault is a warning to Israel that it will pay a price for military attacks on its neighbors. The complicated civil war in the Middle East might get even more messy.

Fighting has also broken in Ukraine. In Donetsk, a city in the eastern part of the country, rebels have launched an offensive. Tanks and artillery have been called into action in another strategic town of Debaltseve. Russia’s debt rating may have been lowered to junk, but it continues to train and arm rebels. Similarly, the US continues to back Kiev and the stage is set for a protracted conflict.

Finally, Zimbabwean President Robert Mugabe has been appointed the new chairman of the African Union (AU). The 54-member body could not have made a worse choice. The 90-year old is an incompetent dictator who has brought Zimbabwe to the brink of collapse. Inflation is sky high. The economy is in ruins. There is no rule of law. Mugabe’s thugs rule the roost. With such a fossil as its head, the AU will have little legitimacy.

You can receive “The World This Week” directly in your inbox. Please click here to subscribe. You can also sign up to our “Daily Brief” on the same form. Meanwhile, please find below five of our finest articles for the week.

When a handful of the world’s wealthiest and most influential people gather to strategically talk about their leadership roles over us — the ostensibly led — the definition of conspiracy is largely fulfilled, even if said strategizing doesn’t entail patently nefarious and undisclosed ends. No doubt much is discussed outside the public forums. Read More

After George W. Bush, Barack Obama becomes the second US president to bet big on India. He may be the first who won’t be disappointed.

Presidents of the United States do not generally change the date of their State of the Union address. This year, US President Barack Obama did so because he will be the chief guest at India’s Republic Day celebrations. This is the first time a US president will be visiting India twice. It is also the first time that Obama will be sitting outside in the… Read More

Despite improvements in bilateral relations, friendship between Moscow and Tehran has so far been limited.

After the fourth summit of the Caspian states, held on September 29, 2014, Russian analysts are unanimous in their opinion that relations between Moscow and Tehran are experiencing a renaissance after the substantial cooling down during the last years of Dmitry Medvedev’s presidency. On the sidelines of the summit, Russian… Read More

The fate of a Shiite cleric hangs over the Gulf like a sword of Damocles.

Last October, Saudi Arabia’s Special Criminal Court sentenced Sheikh Nimr Baqir al-Nimr, a popular Shiite cleric and outspoken political dissident, to death. This was not an ordinary criminal trial, even considering Saudi Arabia’s liberal use of capital punishment. Among other charges, the prosecutor sought to convict al-Nimr of “waging war on God” and “aiding terrorists,” even calling… Read More

Most states claim human rights or democracy is the reason for military intervention, but the data says otherwise.

The “thirst for oil” is often put forward as a near self-evident explanation behind military interventions in places such as Libya or Sudan. Oil, or the lack of oil, is also said to be behind the absence of intervention today in Syria or in Rwanda of 1994. This, of course, clashes with the rhetoric around intervention or its stated goal. Read More