Most states claim human rights or democracy is the reason for military intervention, but the data says otherwise.

The “thirst for oil” is often put forward as a near self-evident explanation behind military interventions in places such as Libya or Sudan. Oil, or the lack of oil, is also said to be behind the absence of intervention today in Syria or in Rwanda of 1994.

This, of course, clashes with the rhetoric around intervention or its stated goal. No world leader stands before the United Nations and says they’re sending in the tanks because their country needs more oil. Such interventions are usually portrayed as serving directly non-economic goals such as preserving security, supporting democratic values or, more generally, promoting human rights.

But this is often met with skepticism and media claims that economic incentives played a key role. Was Iraq really “all about oil”? It’s worth asking whether this viewpoint has some mileage, or if it’s instead a pure conspiracy theory.

It’s a question we’ve addressed in our research on the importance of oil production in attracting third party military interventions. In a new paper co-authored with Kristian Gleditsch in the Journal of Conflict Resolution, we model the decision-making process of third-party countries in interfering in civil wars and examine their economic motives.

Our research builds on a near-exhaustive sample of 69 countries that had a civil war between 1945-99. About two-thirds of civil wars during the period saw third party intervention either by another country or an outside organization.

All About the Oil

We found that the decision to interfere was dominated by the interveners’ need for oil — over and above historical, geographical or ethnic ties.

Military intervention is expensive and risky. No country joins another country’s civil war without balancing the cost against their own strategic interests and what possible benefits there are.

We found countries producing lots of oil or those with higher reserves (and considerable market power) were more likely to attract military support. Most often this was to preserve oil prices on international markets. Indeed, there were on average more interventions in periods when there were only a few big oil producing countries and thus reduced competition (and more stable prices).

Such interventions are more likely to be operated by countries highly dependent on oil imports. The United States is the obvious example, but the Soviet Union also fits this pattern — look at its intervention in oil-rich Indonesia in 1958, when Soviet oil production was still in its infancy.

Also consider Britain’s military intervention in the Nigerian Civil War, also known as the Biafran War, between 1967-70. At the time, the United Kingdom was one of the largest net oil importers in the world, as North Sea oil production only started in 1975. The country also had, via British Petroleum (BP), a direct interest in the stability of the region. It may seem tempting to attribute UK intervention in Nigeria to ties to its former colony. However, Britain did not intervene in civil wars in other, less oil-rich former colonies such as Sierra Leone or Rhodesia (later Zimbabwe).

On the flip side, oil independent nations don’t seem to do much intervening at all. The military aid Saudi Arabia provided to royalists during the civil war in 1960s Yemen is almost unique among the top exporting nations across the period we surveyed. The other Gulf states and regional oil powers such as Mexico or Indonesia have refrained from intervening in civil wars.

The enduring record of geopolitical instability in oil producing regions and the likely increase in the global demand for oil means we’ll see more of these interventions in future. But there will be some differences.

Shale gas should mean the US is becoming less energy dependent, whereas continued growth in China means the country will need energy imports more than ever. We’ll see some big changes in the specific states with the greatest incentives to intervene. We may see in coming years the first Chinese military assistance influenced by oil security.

These interventions should, in turn, lead to stronger economic ties. Research we carried out with Leandro Elia, published in the Review of International Economics, found strong empirical evidence that US troop deployment and military aid provokes an expansion in bilateral trade flows.

Many claims are very often simplistic and are based on limited factual evidence, yet challenging them is best done by more rigorous and systematic analysis. Our work provides strong evidence that military interventions are indeed economically motivated. 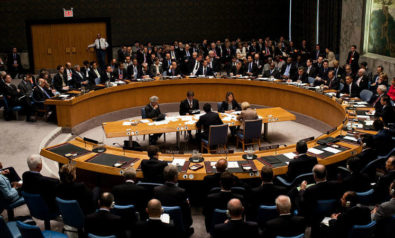 How Did Intervention Become a Dirty Word? 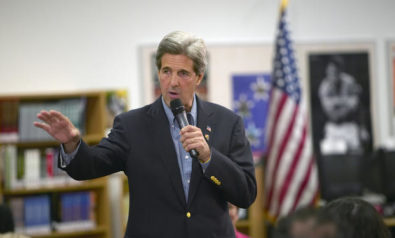