When a handful of the world’s wealthiest and most influential people gather to strategically talk about their leadership roles over us — the ostensibly led — the definition of conspiracy is largely fulfilled, even if said strategizing doesn’t entail patently nefarious and undisclosed ends. No doubt much is discussed outside the public forums. Are we, the people, better served by these confabs, or is a ruling class that sings less from the same page more conducive to humanity’s betterment? Much depends on one’s feelings about globalism and consolidated power.

Speaking of consolidation, an Oxfam report released at the same time as this year’s Davos gathering showed that the top 1% are on target to own more than the bottom 99% by 2016. Certainly talking among themselves hasn’t been a pox on the top tier’s pocketbooks. Yet by the World Economic Forum’s (WEF) own reckoning, the world has never been closer to war in the last 25 years. Causal or coincident? How about a three-year Davos moratorium to see if 7 billion grubbies and sweaties might catch some coin?

In his book, The Rich and the Super-Rich, Ferdinand Lundberg proves Alex Jones had precursors who were real grown-ups. Here, he ponders a variation of “just because you’re paranoid doesn’t mean a Mellon isn’t out to get you”:

“To conclude that they more or less loosely act together as a moneybund is to proclaim oneself at once an adherent to what is pejoratively called the conspiracy theory, widely frowned upon by latter-day organizational academics in grey flannel suits … In a broad sense, as it has been observed by unabashed exponents of the conspiracy theory, all history is a conspiracy.”

All history is a conspiracy with limited attendance. Where Jones is the pejorative conspiracist (symptoms: palpable envy, unrequited inferiority and raging paranoia), Lundberg hints subtly at an elitism of untapped democratic potential: “One could hardly have an elite without a mass. If everyone was alert and on his toes, how could an elite ever show itself? The mass itself paradoxically, would be an elite, and perfect high-level democracy would prevail.” Little could Lundberg have known in 1968 that the masses would be offered their high-level democratic platform in the form of Internet 1.0. When they failed to rise to their own occasion, Facebook emoticons filled the gap. Thus, the same old elite shows itself every year at Davos. We watch them on Google’s YouTube.

This year, they showed up beset by self-doubt. The old mesmerisms aren’t working. Central banks’ stone tablets have clay feet. Capital, not labor, sends the anointed to Davos. Capital is shrinking. Inequality is gapping and gaping.

Fortunately, technology can always be counted on for some diversionary whizz-bang. Google’s Eric Schmidt announced that, far worse than the corporate expropriation that was Internet 2.0, the Internet will soon vanish altogether to be replaced by the perfect panopticon — a million-eyed membrane that will become “part of your presence all the time.” Like the child catcher in Chitty Chitty Bang Bang, Schmidt goes on to paint his wagon in the rosiest terms [italicized for emphasis]: “Imagine you walk into a room, and the room is dynamic. And with your permission and all of that, you are interacting with the things going on in the room.”

The off-hand quality of that italicized part is as unsettling as it is vaguely condescending. The funny thing about surveillance, George Orwell might say, is that it takes the quietest room and wakes it up to its dynamic potential. Seriously, there’s a lot of that in all of that. In a nearby room, Hillary Clinton was bemoaning mainstream media’s lost mojo. De-elitized translation? Should consent devolve back to fractious self-manufacture, how will we massage deflationary collapse?

She has a point. Indeed, Davos’ talking points were jumbled as, one day prior to Schmidt, a team of Harvard researchers solemnly announced the death of privacy. If privacy’s dead surely our permission, Mr. Schmidt, is moot. But thank you for pretending to ask.

Winnowing is in the air and at all levels. The Daily Bell detected a vibe at this year’s conference that the elite may be poised to eat some of their own. If anything, Darwin’s teeth grows sharper with each pyramidic advance. The elite had to clamber over billions of fellow humans in order to win the designation. Absent the underclass there is no rarified altitude to savor. So we both trouble and exhilarate them. They want us here in numbers large enough to validate their elite status. Yet they also want us quiet, preferably in dynamic rooms where they can listen in. They will fight like hell to keep where they are. Check that. They will have us fight like hell to keep them where they are. That’s why this year’s “best of breed” interstate conflict risk is part warning and part promise. Just as to a golden hammer every problem is a golden nail, globetrotters see a world parched for global solutions. If Bono tackled hunger in County Wexford, who would see him? World hunger more befits his world-conquering self-image. (Hint: even when celebrities are doing good things, they’re really mostly looking in the mirror.) The preamble video shown at the World Economics Global Risk forum unconsciously betrays buckets of cosmopolitan self-love when it begins: “Technology has created a hyper-connected society. But the way we perceive the world remains fragmented. How can we protect ourselves from the biggest global risks that we face?”

First of all, technology is a tool, not a Founding Father. And is it the Davos “royal we” seeking protection? From whom? Worried much, big guys and gals? There’s that global word again. Alas, those recalcitrant fragments (communities some call them) are where most of us live and work. Our lives are not troubling misperceptions. But thank you for stooping to try.

Localism stores a wealth of solutions. It just lacks scale for global ambitions. A little money down below would help, you know, where humanity lives. Hasn’t Piketty already solved this mystery? Big capital has run away with the entire show, and at an accelerating pace. Big capital, pitiless inhuman beast that it is, needs scale where nobody lives. Where’s Bono?

Monstrous greed, blind as a bat, can offer no solution for profound inequality. Nonetheless, the Global Risks 2015 Insight report tries: “[O]ur self-perception as homines economici or rational beings has faltered in the aftermath of the financial crisis.” Rationality is on the ropes because pathologic greed has curtailed all appeals to reason and equitability. According to the WEF, geopolitical risks have overtaken economic ones with striking abruptness. (The report looks forward on a ten-year horizon basis.) War is the climactic economic response to the last petered-out business cycle in a secular trend.

Who’s getting paranoid yet? Alex Jones claims World War III will be necessitated by the elite feeling its mastery slipping. The globalist ratchet always avails the fog of war, tightening further. The Swiss Central Bank just cried major uncle, signaling, in its monetary sanity, the end of an era. Jim Rickard’s currency wars are a prelude to the kind with bullets.

Whether war breaks out in cryptic Lincolnian fashion — “[one party] would make war rather than let the nation survive, and the other would accept war rather than let it perish, and the war came” — or arrives under the concerted guidance of an untouchable few will hardly matter. The bombs always have a way of finding our backyards. 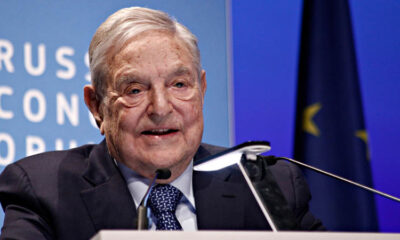 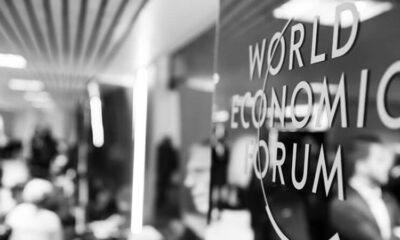 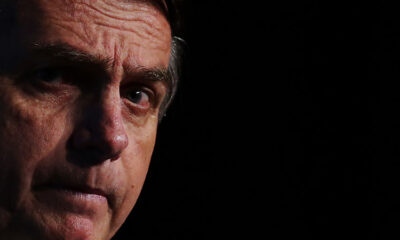