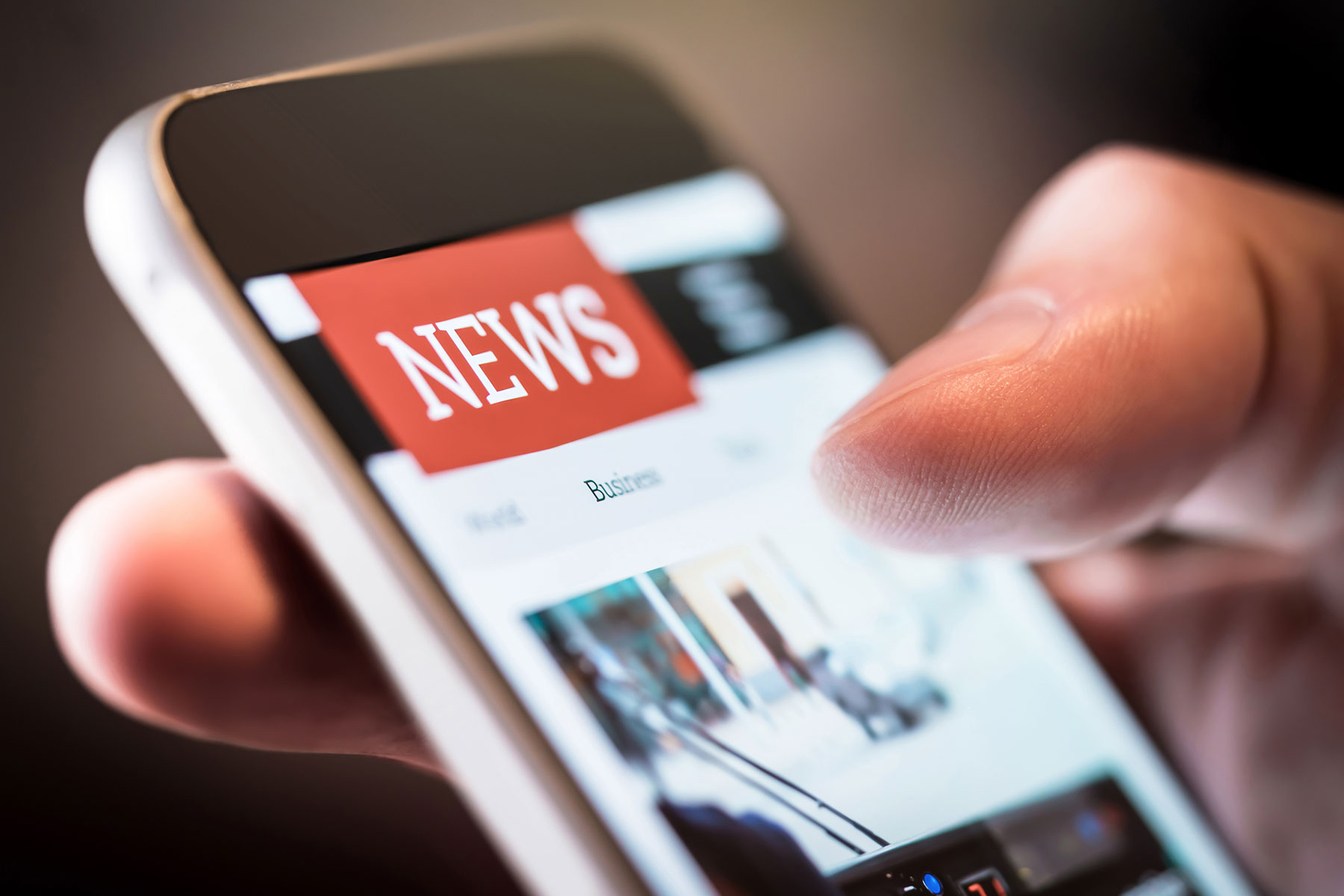 The Daily Devil’s Dictionary will never tire of covering a story about health and sickness that the serious media keeps returning to as if it was a worthy rival of COVID-19. For five years, this story has kept major media’s editorial board buzzing, not because its secrets are being progressively revealed or that it tells us something we need to know about the world we live in, but because, like the gentleman thief, Arsene Lupin, it so intriguingly escapes the increasingly intense efforts the military, scientists and reporters have deployed to bring it to justice.

What is this page-turner that has been regularly featured by US media, with two separate cases just in the past month? It’s called the Havana syndrome. Its name suggests a tropical thriller written by Agatha Christie, a case only Hercule Poirot will be able to solve. The reader has no idea how many chapters there will be because they just keep coming, always in a new location. After Cuba, China and even Washington, the latest cases were in Vietnam and now India.

With suspense constantly building, readers of the news eagerly anticipate the day in an unspecified future when they will learn not only the identity of the culprit, Agatha Christie-style, but especially the nature of the weapon itself. The Havana syndrome has effectively replaced in the public’s psyche the much more prosaic mystery of the monster of Loch Ness that enchanted previous generations. In the age of artificial intelligence and terrorist threats, paleozoological mysteries can no longer compete with technological mysteries.

The New York Times covered the elusive conundrum again on September 20. The Times has been on the case persistently in recent years, apparently motivated by the hope that Russia will be identified as the culprit, meaning there may even be a link with Russiagate. The Times follows a now well-established pattern of neo-Cold War logic adapted to the age of Donald Trump. If a villain is hiding in the shadows, Americans have been trained since the Cold War to believe it must be Russia. But that may be changing.

Now, with a new Cold War brewing, suspicion can be transferred to the Chinese. On the other hand, a good detective aware of Mossad’s success at using artificial intelligence (AI) to assassinate an Iranian scientist, might begin to suspect the Israelis. But that wouldn’t even cross the mind of a Times journalist, because the Israelis are friends.

Initially, the victims who complained of the syndrome were low-level diplomats or CIA operatives. But now the stakes have been raised as members of the entourage of high-level officials and seasoned diplomats are being targeted. The Times’ national security reporter, Julian E. Barnes, recounts the latest iteration: “An intelligence officer traveling in India this month with the C.I.A. director reported symptoms consistent with the so-called Havana syndrome, signaling a possible escalation in the mysterious incidents that have affected American officials since 2016, current and former officials said.”

A useful military term signifying a sudden deliberate increase of offensive force that creative journalists can apply to non-military situations, suggesting the presence of evil intentions on the part of mysterious actors

After warning of escalation, Barnes is careful to state what every honest article on the Havana syndrome must acknowledge: that, despite the persistent obsession with Russia, “intelligence agencies have yet to come to any firm conclusions.” In fact, nobody really knows anything. “Theories abound, including that the injuries are byproducts of surveillance technology or that they are deliberate attempts to inflict harm, but all remain unproven so far,” he writes. In other words, nothing new under the sun. So why print the article? Because it reminds readers that they need to be worried and reassures them that the opportunity will exist to tune into the next episode.

The syndrome is a journalist’s dream. It has been called an “act of war,” while at the same time, its mystery is so deep and the facts around it so confusing that even if an article reveals nothing new, it keeps the sense of worry alive. The public needs its daily dose of fear and few stories have the capacity of the Havana syndrome to fulfill that need. A week ago, between reporting the Vietnam incident in August and India’s in September, The New York Times featured an article with the title, “Pentagon Asks Personnel to Report Any Symptoms of Mysterious Ailments.” It served no other purpose than to confirm the need to feel afraid.

Establishment journalism loves stories that present a continuing series of fear-inspiring facts that no one can make sense of, but about which the hope exists that the political, military and scientific authorities will decipher their meaning and apply a solution. It’s the formula of a Hollywood catastrophe movie. Now, after the US withdrawal from Afghanistan and the growing realization that military campaigns are doomed not just to fail but also to aggravate the problems they set out to solve, the media need to restore confidence in the government’s and the defense industry’s capacity to respond to less conventional sources of fear.

The world is entering a new phase of history in which human intelligence has less and less access to facts or even authentic emotions. Society requires its media — including social media — to feed it the stories that structure an increasingly artificial understanding of the world. The intelligence of reporters of the news in the media has itself already become artificial. The stories they produce are crafted to the needs of a targeted audience. But soon it will no longer be the dialogue between journalists and their editors in the news bureaus that produces the news we read. AI will more efficiently do both the strategizing and the writing. The journalist’s job will be to find a way of tweaking the story to make it appear human.

In the coming decade, AI will increasingly become the tool nations use to accomplish their strategic goals designed to further their own interests while awaiting the singularity, when AI will dictate and control the purpose of nations themselves.

Technology is already proving to be the secret to conducting even acts that until now only enterprising humans could accomplish. The New York Times tells the edifying story of “The Scientist and the A.I.-Assisted, Remote-Control Killing Machine,” perhaps the first high-profile assassination managed and executed by AI.

Israel demonstrated this innovation in November 2020 when it sought to eliminate an Iranian nuclear physicist, Mohsen Fakhrizadeh. Instead of employing its well-trained assassins to carry out the job, it mobilized an AI system to pilot a lethal weapon targeting the scientist.

The Iranians had warned Fakhrizadeh of the constant danger that Israel represented for Iranian scientists. The Times article recounts how Fakhrizadeh refused the very idea of living his life in a state of permanent terror due to threats from a foreign country. The article describes the scientist’s choice of lifestyle in these terms: “Mr. Fakhrizadeh wanted to live a normal life. He craved small domestic pleasures: reading Persian poetry, taking his family to the seashore, going for drives in the countryside.”

That sounds innocent enough, but Israel knew there was a job to be done and would not be deterred by sentiments. “Convinced that Mr. Fakhrizadeh was leading Iran’s efforts to build a nuclear bomb, Israel had wanted to kill him for at least 14 years,” The Times reports. The fact that Israel was “convinced” in its gut that the scientist was up to evil business was enough to justify mobilizing AI to do a job some human beings might be loath to do.

The Times describes in detail how the Israeli hit squad, situated more than 1,000 miles away, set up a Nissan pickup truck equipped with a 7.62-mm sniper machine gun and used AI to pull the trigger and kill Fakhrizadeh, who was driving his own car. If Israel’s AI can actually eliminate living human beings at a distance, it stands to reason that the media’s AI will soon be capable of carrying out its essential work that consists of stoking the public’s paranoia without requiring human journalists. After the forever wars, the forever Havana syndrome story may define the media’s future.