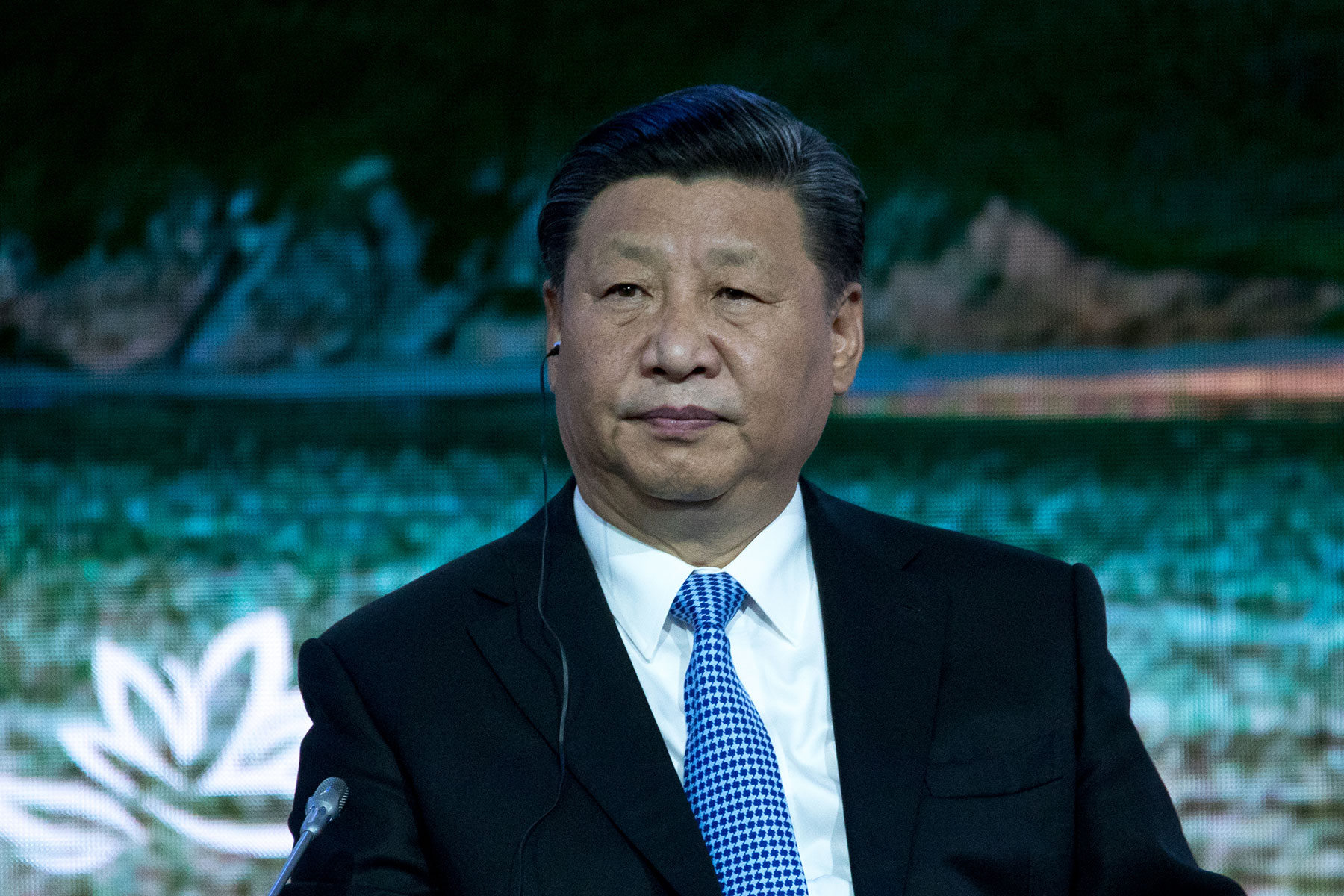 Michael Beckley is a senior fellow at the American Enterprise Institute and the author of “Unrivaled: Why America Will Remain the World’s Sole Superpower.” He has no time for the commonly held thesis that America’s hegemonic power is in decline. He even claims that “it is now wealthier, more innovative, and more militarily powerful compared to China than it was in 1991.” If the regular expansion of the US defense budget is any indication, he may be right. President Joe Biden has just promised to increase it yet again, this time to $770 billion.

In a new article for Foreign Affairs bearing the title, “Enemies of My Enemy: How Fear of China Is Forging a New World Order,” Beckley makes the case that having and sharing an easily identified enemy is the key to effective world government. The Cold War taught him that “the liberal order” has nothing to do with good intentions and being a force for good. Instead, it thrives on a strong dose of irrational fear that can be spread among friends.

As the Republican presidential candidate in 2000, George W. Bush produced these immortal words: “When I was coming up, it was a dangerous world, and you knew exactly who they were. It was us vs. them, and it was clear who them was. Today, we are not so sure who the they are, but we know they’re there.” Probably unwittingly, Beckley echoes Bush’s wisdom. “Today, the liberal order is fraying for many reasons,” Beckley writes, “but the underlying cause is that the threat it was originally designed to defeat—Soviet communism—disappeared three decades ago.”  Unlike the clueless Bush, Beckley now knows who the “they” is. It’s China.

History has moved on. China can now replace the Soviet Union as the star performer. Bush proposed Islamist terrorism as his coveted “them,” but that ultimately failed. The terrorists are still lurking in numerous shadows, but when President Biden withdrew the last American troops from Afghanistan in August 2021, he definitively delegitimized it as a threat worthy of spawning a new Cold War. And now, even while Russia is being touted as the best supporting actor, the stage is finally clear to push China into the limelight.

A powerful nation whose negative image can be modeled by another powerful nation in such a way that its name alone inspires fear, to the point that it may be generously offered to governments of weaker nations on the pretext of forming a profitable alliance

For Beckley, US hegemony needs China’s help. Now that the Middle Kingdom has now achieved the status of a high-profile enemy to be generously shared with obedient allies, the liberal order may thrive again, as it did during the Cold War. For Beckley, it is China, not Donald Trump, that will “make America great again.”

Some may find Beckley’s historical logic slightly skewed. He explains that the modern liberal order was “designed to defeat … Soviet communism.” If it was “designed,” what does he have to say about the designer? Who indeed could that have been, and what were their real motives? Could it have been the Dulles brothers, whose combined clout in the Dwight Eisenhower years allowed them to dictate US foreign policy? More alarmingly, Beckley seems to be suggesting that without a pretext for paranoia, the liberal order would not or could not exist.

Beckley is probably right but for reasons he might not appreciate. The idea of needing an identifiable enemy stands as a purely negative justification of the liberal order. But Beckley has already dismissed the idea that it is all about bettering the world. He seems to underestimate the need ordinary Americans have to think of their country as a shining city on a hill, endowed with the most powerful military in the history of the world whose mission is not to maraud, destroy, displace populations and kill, but to intervene as a “force for good.”

It’s not as if social harmony was the norm in the United States. The one thing that prevents the country from descending into a chaos of consumer individualism, or from becoming a nation populated by angry Hobbesian egos intolerant of the behavior of other egos, is the ideology that Beckley denigrates but which politicians continue to celebrate: the “enlightened call to make the world a better place.” Americans would fall into a state of despair if they no longer believed that their exceptional and indispensable nation exists as an ideal for humanity.

But recent events have begun to shake their faith in what now appears to be a manifestly not very egalitarian democracy. Increasingly oligarchic, if not plutocratic, American society remains “liberal” (i.e., free) for those who control the growing mountains of cash that visibly circulate among the elite but rarely trickle down to meet any real human needs.

As the defender of an idealized liberal order, Beckley is right to assume that, with so many factors undermining the American consensus, the cultivation of a shared enemy may be the necessary key to maintaining that order. Fear has always had the unique virtue of diverting attention from serious and worsening problems. Between income inequality, climate change and an enduring pandemic punctuated by contestable government mandates, people’s attention definitely needs to be diverted.

Michael Beckley is certainly very knowledgeable about China. He admires Chinese civilization and many of its accomplishments. He also believes a war between the United States and China is far from inevitable. Moreover, he is a realist. He admits that, as many people across the globe affirm, the US represents the biggest threat to world peace. At the same time, he believes “that the United States has the most potential to be the biggest contributor to peace.” He lucidly notes that “when the United States puts its weight behind something the world gets remade, for better or for worse.” But, having said this, he eludes the implicit moral question. If both the better and worse are possible, the rest of the world should be the ones to decide every time its reality is “remade” whether that remaking was for the better or the worse.

As Pew studies show, most people outside the US appear to believe that American initiatives across the globe over at least the past half-century have been predominantly for the worse. Beckley himself cites Iraq and Vietnam as egregious examples. But, ever the optimist, he sees in what he calls the ability of the “system of US alliances” to create “zones of peace” the proof that the worse isn’t as bad as some might think.

Beckley recognizes that alliances are not created out of generosity and goodwill alone. In his influential book, “Super-Imperialism,” the economist Michael Hudson describes the workings of what is known as the “Washington Consensus,” a system of economic and military control that, in the decades after World War II, managed, somewhat perversely, to miraculously transfer the immense burden of its own debt, generated by its military adventurism, to the rest of the world. The “Treasury-bill Standard,” an innovation President Richard Nixon called into being to replace the gold standard in 1971, played a major role. With the dollar as the world’s reserve currency, Hudson notes that “foreign governments were obliged to invest their surplus dollars in U.S. Treasury securities.” It was part of a complex financial, diplomatic and military system that forced US allies to finance American debt.

Beckley’s  “zones of peace” are zones of dependence. Every country that participated in the system found itself forced to hold US Treasury bonds, including China. They thus had an interest in maintaining the stability of a system that dictated the flow of money across the globe. To a large extent, that is still the case. It explains why attempts to dethrone the dollar are systemically countered, sometimes violently through military action (as in Libya, to scotch Muammar Gaddafi’s plans for a pan-African currency).

None of that worries the eternal optimist Beckley, clearly a disciple of Voltaire’s Pangloss. He believes that — even while admitting the US has “wrecked the world in various ways” — its “potential” for peace trumps the reality of persistent war and that its “capability to make the world much more peaceful and prosperous” absolves it from the wreckage it has already produced.

From a cultural point of view, Beckley is right. Americans always believe that what is “potential” trumps what is real and that “capability” effaces past examples of incapable behavior. That describes a central feature of American hyperreality.