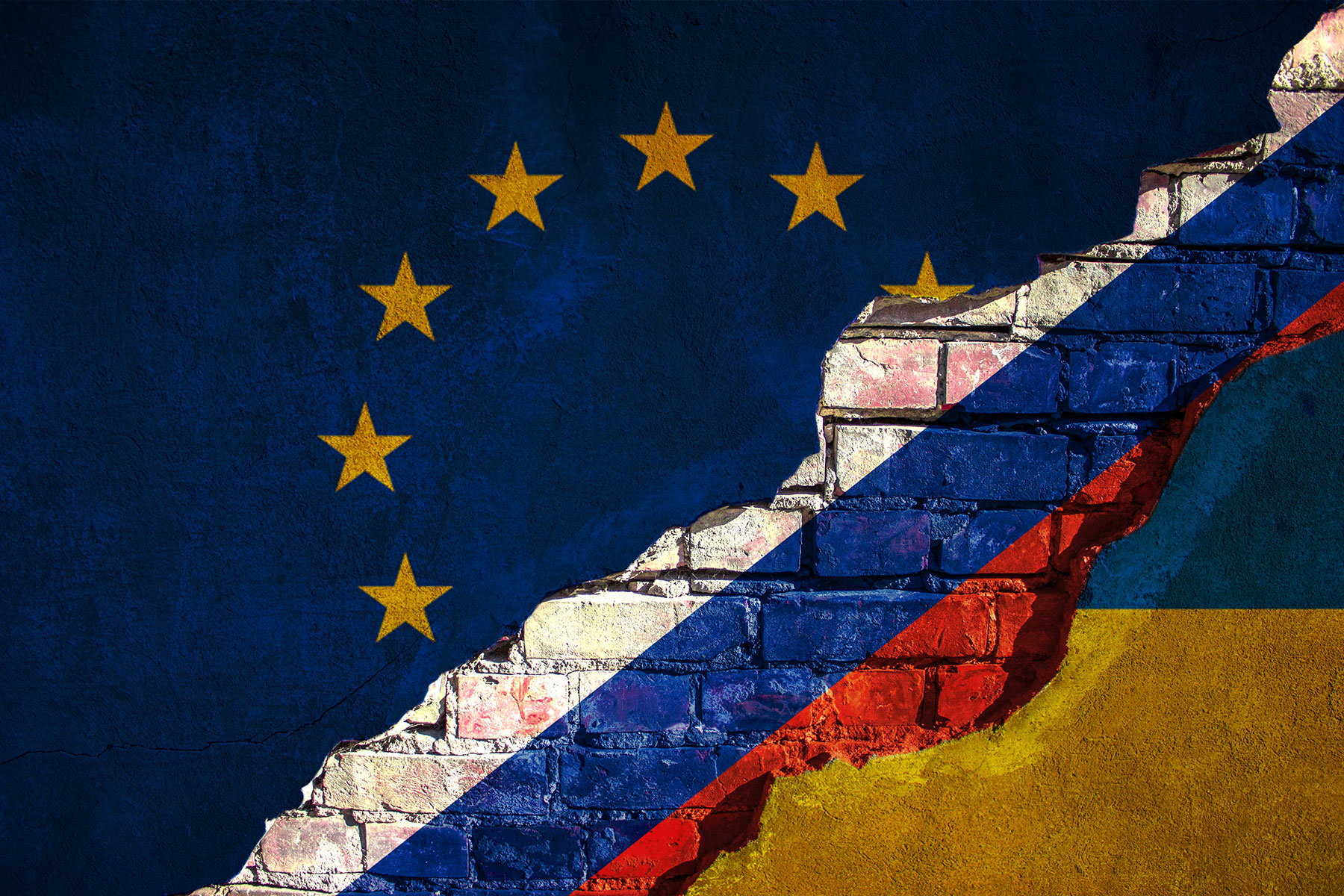 To our readers: Our regularly updated feature Language and the News will continue in the form of separate articles rather than as a single newsfeed (click here to read previous entries).

On Monday evening in Moscow, Russian President Vladimir Putin made a long, emotional presentation of all the historical reasons for which Russia’s sense of betrayal by interests in the West justified declaring two regions of eastern Ukraine autonomous political entities, implicitly compromising the territorial integrity of an independent nation.

Putin’s argument reflected more than a simple statement of preferences. His action, decreeing the autonomy of Donetsk and Luhansk and subsequently sending Russian troops to protect them, literally violated international law as it is understood and practiced today. It provoked immediate condemnation from all sides and a round of previously promised sanctions from the United States and Europe. It stood, nevertheless, as a sincere statement of historical fears not just of the Russian government, but also the Russian people, who have had three decades to define their appreciation of the nature of Western political and economic domination.

In the aftermath of Monday’s events, Al Jazeera helpfully listed “5 things we need to know about Putin’s decision.” After briefly mentioning Russia’s demands concerning NATO, the article notes that “Western leaders have rejected those demands. They say the Kremlin cannot be allowed an effective veto on Kyiv’s foreign policy decisions and have defended NATO’s ‘open-door policy,’ which grants any European nation the right to ask to join.”

The Western position relies on accepting a basic principle of international law as it is understood in the age of the nation-state: the notion of sovereignty. The Cambridge dictionary defines it as “ the power of a country to control its own government” and alternatively as “the power or authority to rule.” The Oxford Public International Law website, in its first paragraph, notes, with considerably more precision, that “sovereignty, ie of supreme authority within a territory, is a pivotal principle of modern international law. What counts as sovereignty depends on the nature and structure of the international legal order and vice-versa.” In other words, the concept contains a lot of ambiguity.

In paragraph 156 of the same article, thousands of words later, we discover that the preceding 155 paragraphs have not clarified the issue. “Difficult questions,” it concludes, “pertain to the localization of the co-originality between international standards of human rights and democracy and hence to the relationship between them when either of them or both have their sources in international law.” In other words, as any well-informed farmer in Iowa might say, it just ain’t that easy to draw any cut-and-dried conclusions.

East Coast American jurists have, nevertheless, decided that on the question of NATO, Ukraine’s sovereignty — even after the Minsk accords, which, as Putin complains, have never been truly applied — includes the right to select the partners with which it wishes to ally. The lawyers are technically correct to note that if Russia succeeded in preventing Ukraine from joining NATO, that would be a breach of Ukrainian sovereignty. Al Jazeera describes it as giving Russia “an effective veto.”

The Russians see it differently. And the Americans would probably secretly agree. As a member of NATO, nations compromise their sovereignty by giving the alliance — clearly led by the US — an “effective veto” in many facets of their own security policy, even, to some extent, in their internal politics. But none of that is official. It is merely “effective.” The European nations, especially France and Germany, have discovered and begun reacting to the nature of that effective veto. There have been signs that they are beginning to champ at the bit. But in the current crisis, they have agreed to remain in line.

Depending on how the crisis plays out, the stirrings of a movement toward the independence of Europe’s security with regard to the US are likely to grow into a serious project. Those stirrings were first prompted by Donald Trump’s ambiguous attitude toward NATO and hostile attitude toward Europe. More recently, French President Emmanuel Macron has pushed the idea forward, specifically in response to the growing Ukraine crisis.

There is no telling at this point in which direction the crisis will evolve. It could degenerate into a local struggle for power or it could implicate the political future of Ukraine and beyond. If it does spread beyond its current borders and if, as a further consequence, that aggravates an already existing energy crisis due to Europe’s dependence on Russian natural gas, the current sense of solidarity with the US accepted by many European nations will be further weakened, if not shattered.

For the moment, US President Joe Biden may be focused more on the kind of strongman posturing deemed necessary for improving the chances of the Democratic Party in November’s midterm elections At the same time, he is certainly hoping to keep Europe in tow inside NATO. But if things get out of control, and Biden’s posturing has already aggravated that risk, the United States may in the end lose the “effective veto” it has exercised for decades over everything that happens in Europe.