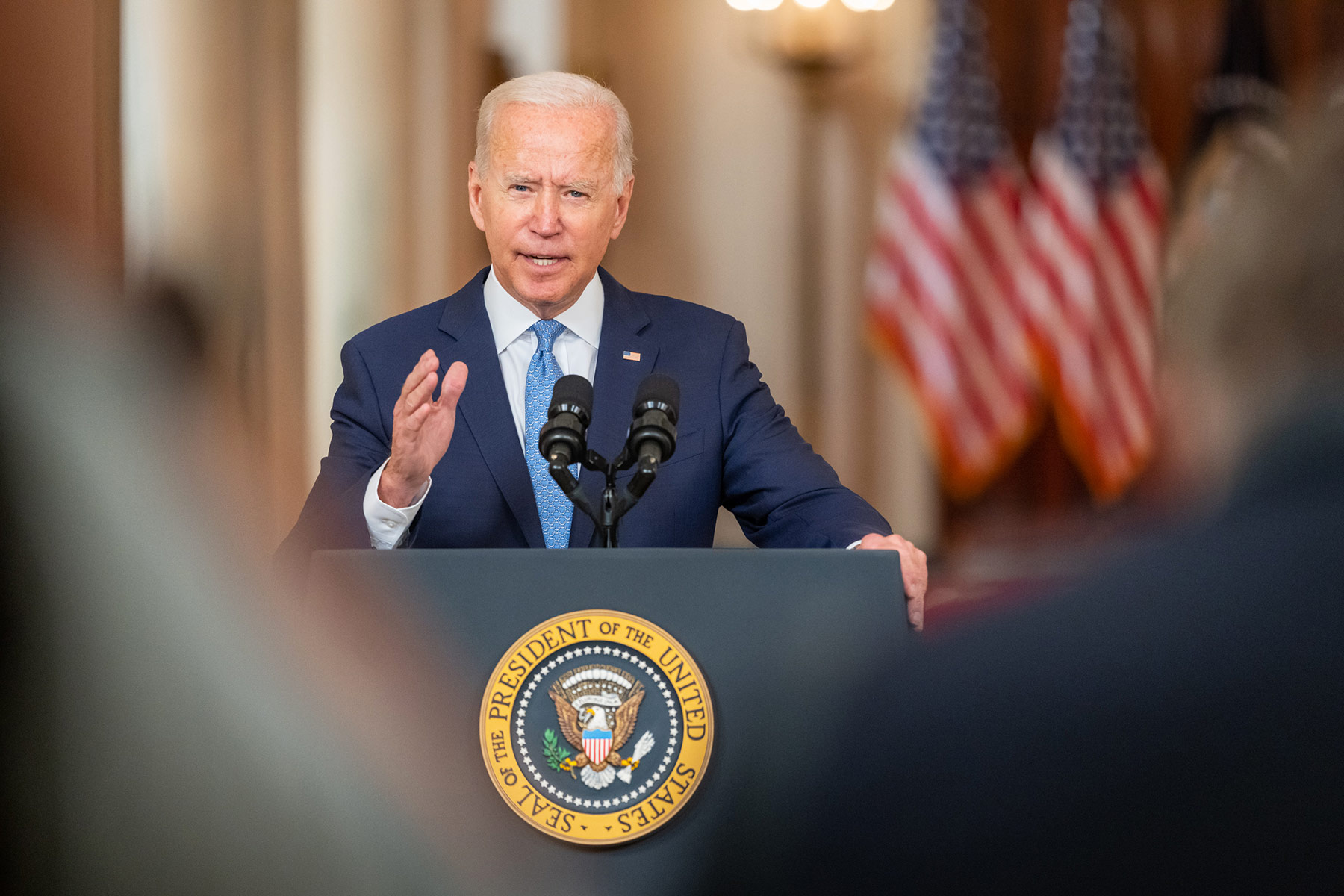 Taiwan is a problem. Historically separate from but linked to China, Taiwan was colonized by the Dutch and partially by the Spanish in the 17th century. Through a series of conflicts between aboriginal forces allied with the Ming dynasty and European colonial forces who also fought amongst themselves, by 1683, Taiwan became integrated into the Qing Empire. For two centuries, it evolved to become increasingly an integral part of China. In 1895, due to its strategic position on the eastern coast of China at the entry of the South China Sea, it became one of the spoils of the Sino-Japanese war and for half a century was ruled by the Japanese.

Japan used Taiwan during the Second World War as the launching pad for its aggressive operations in Southeast Asia. At the end of the war, with the Japanese defeated and Mao Zedong’s communists in control of mainland China, Mao’s rival, Chiang Kai-shek, the leader of the Kuomintang, fled to Taiwan. This put the dissident government out of Mao’s reach. Chiang declared his government the Republic of China (ROC) in opposition to Mao’s People’s Republic of China (PRC). For forty years a single-party regime ruled Taiwan following Chiang Kai-shek’s initial declaration of martial law in 1949.

Because the United States had defined its post-war identity as anti-communist, Taiwan held the status of the preferred national government in what was then referred to as “the free world.” The fate of Taiwan — still referred to by its Portuguese name, Formosa — figured as a major foreign policy issue in the 1960 US presidential campaign that pitted John F. Kennedy against Richard Nixon. The debate turned around whether the US should commit to defending against the People’s Republic two smaller islands situated between continental China and Taiwan.

In short, Taiwan’s history and geopolitical status over the past 150 years have become extremely complex. There are political, economic and geographical considerations as well as ideological and geopolitical factors that make it even more complex. These have been aggravated by a visible decline in the supposed capacity of the United States to impose and enforce solutions in different parts of the globe and the rise of China’s influence in the global economy.

Complexity, when applied to politics, generally signifies ambiguity. In the aftermath of the Korean War, the Eisenhower administration established a policy based on the idea of backing Taiwan while seriously hedging their bets. Writing for The Diplomat, Dennis Hickey explains that in 1954, the US “deliberately sought to ‘fuzz up’ the security pact [with Taiwan] in such a way that the territories covered by the document were unclear.”

Following President Nixon’s historic overture in 1971, the US established diplomatic relations with the People’s Republic of China. This led to the transfer of China’s seat at the United Nations from the ROC to Mao’s PRC. The status of Taiwan was now inextricably ambiguous. US administrations, already accustomed to “fuzzy” thinking, described their policy approach as “strategic ambiguity.” It allowed them to treat Taiwan as an ally without recognizing it as an independent state. The point of such an attitude is what R. Nicolas Burns — President Joe Biden’s still unconfirmed pick for the post of US ambassador to China — calls “the smartest and most effective way” to avoid war.

Recent events indicate that we may be observing a calculated shift in that policy. In other words, the ambiguity is becoming more ambiguous. Or, depending on one’s point of view, less ambiguous. There is a discernible trend toward the old Cold War principle of brinkmanship. A not quite prepared President Biden recently embarrassed himself in a CNN Town Hall for stating that the US had a “commitment” to defend Taiwan. The White House quickly walked back that commitment, reaffirming the position of strategic ambiguity.

This week, Secretary of State Antony Blinken appeared to be pushing back in the other direction, threatening the Chinese with “terrible consequences” if they make any move to invade Taiwan. Blinken added, the Taipei Times reports, that the US has “been very clear and consistently clear” in its commitment to Taiwan.

In normal use, unambiguous. In diplomatic use, obviously muddied and murky, but capable of being transformed by an act of assertive rhetoric into the expression of a bold-sounding intention that eliminates nuance, even when nuance remains necessary for balance and survival.

If Donald Trump’s administration projected a foreign policy based on fundamentally theatrical melodrama that consisted of calling the leader of a nuclear state “rocket man” and dismissing most of the countries of the Global South as “shitholes,” while accusing allies of taking advantage of the US, the defining characteristic of the now ten-months-old Biden administration’s foreign policy appears to be the commitment to the old 1950s Cold War stance known as brinkmanship.

In November, the CIA director, William Burns, comically threatened Russia with “consequences” if it turned out — despite a total lack of evidence — that Vladimir Putin’s people were the perpetrators of a series of imaginary attacks popularly called the Havana syndrome. This week, backing up Biden’s warning “of a ‘strong’ Western economic response” to a Russian invasion of Ukraine, Security Adviser Jake Sullivan was more specific. “One target,” France 24 reports, “could be Russia’s mammoth Nord Stream 2 natural gas pipeline to Germany. Sullivan said the pipeline’s future was at ‘risk’ if Russia does invade Ukraine.” This may have been meant more to cow the Europeans, whose economy depends on Russian gas, than the Russians themselves.

These various examples have made observers wonder what is going on, what the dreaded “consequences” repeatedly evoked may look like and what other further consequences they may provoke. The US administration seems to be recycling the nostalgia of members of Biden’s own generation, hankering after what their memory fuzzily associates with the prosperous years of the original Cold War.

Britannica defines brinkmanship as the “foreign policy practice in which one or both parties force the interaction between them to the threshold of confrontation in order to gain an advantageous negotiation position over the other. The technique is characterized by aggressive risk-taking policy choices that court potential disaster.”

The term brinkmanship was coined by Dwight Eisenhower’s Democratic opponent in both of his elections, Adlai Stevenson, who dared to mock Secretary of State John Foster Dulles when he celebrated the principle of pushing things to the brink. “The ability to get to the verge,” Dulles explained, “without getting into the war is the necessary art…if you are scared to go to the brink, you are lost.” Eisenhower’s successor, John F. Kennedy, inherited the consequences of Dulles’ brinkmanship over Cuba, the nation that John Foster’s brother, CIA Director Alan Dulles, insisted on invading only months after Kennedy’s inauguration. This fiasco was a prelude to the truly frightening Cuban missile crisis in October 1962, when Kennedy’s generals, led by Curtis Lemay, sought to bring the world to the absolute brink.

When, two years later, Lyndon Johnson set a hot war going in Vietnam, or when, decades later, George W. Bush triggered a long period of American military aggression targeting multiple countries in the Muslim world, the policy of brinkmanship was no longer in play. These proxy wars were calculated as bets that fell far short of the brink. The risk was limited to what, unfortunately, it historically turned out to be: a slow deterioration of the capacities and the image of a nation that was ready to abuse its power in the name of abstract principles — democracy, liberation, stifling terrorism, promoting women’s rights — that none of the perpetrators took seriously. Threats and sanctions were features of the daily rhetoric, but the idea at the core of brinkmanship — that some major, uncontrollable conflagration might occur — was never part of the equation.

The Biden administration may have serious reasons for returning to the policy of brinkmanship. The position of the United States on the world stage has manifestly suffered. Some hope it can be restored and believe it would require strong medicine. But there are also more trivial reasons: notably the fear of the administration being mocked by Republicans for being weak in the face of powerful enemies.

Both motivations signal danger. We may once again be returning to the devastating brinkman’s game logic illustrated in Stanley Kubrick’s “Dr. Strangelove.”

A Divided America with Liberty and Justice for None