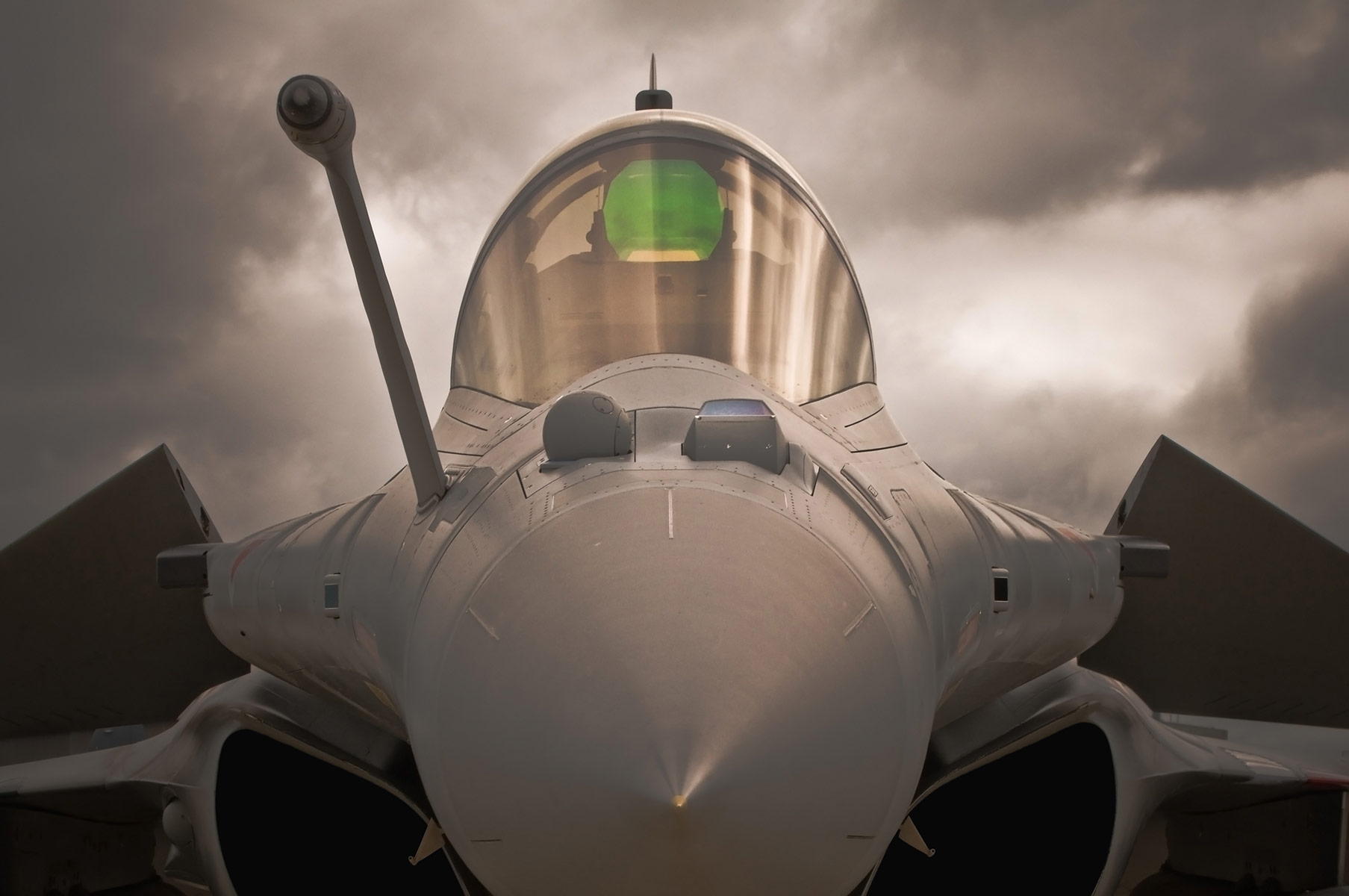 Last week, French President Emmanuel Macron, despite being preoccupied with next spring’s presidential election, dropped in on Saudi Crown Prince Mohammed bin Salman to celebrate the conclusion of a massive sale of French military equipment to Saudi Arabia’s neighbor and co-sponsor of the war in Yemen, the UAE. It was a record-breaking sale, “the biggest military contract of French material in our history,” Macron boasted, for the sake of his constituents.

The price tag of €17 billion ($19.1 billion) means that Dassault Aviation, which exists to supply France itself, has for the first time sold more equipment to six foreign countries than to the French armed forces. Macron may think of it as an act designed to spread the lethal wealth, making the world a more equitable place — at least as far as lethality is concerned.

Some human rights organizations in France that have taken the time over the past six years to notice what Mohammed bin Salman was up to in his chosen approach to the use of lethal weapons (which include bone saws for use in Saudi consulates) dared to criticize the encounter. Unfazed by the reproach, Macron had the perfect reply, quoted by Le Monde: “What’s good for French women and men, I will ardently defend.”

Anything that produces cash, whether in moral terms it serves the cause of good or evil or just the multiplication of consumer goods.

Anything Macron ardently defends is by definition part of France’s defense policy. In the land of “liberté, égalité, fraternité,” the “liberty” of French women and men to earn their salaries by producing lethal weapons is fundamental. It sustains the liberty of their bosses and politicians — skilled at what could be called diplomatic marketing — to sell those weapons to despotic regimes across the globe. This, in turn, promotes the “equality” (of class) and the “fraternity” (of culture) shared by wealthy business leaders, successful French politicians, bankers and foreign despots. As Voltaire’s Pangloss would say, “all is for the best in the best of all possible worlds.”

Unlike US President Joe Biden, who, bullied by moralists at home, refuses to talk to the Saudi crown prince, treating him as an international pariah, Macron has earned Mohammed bin Salman’s undying respect. And he has done so in the name of what’s good for the French people. He is of course riffing on the old chestnut, “what’s good for General Motors is good for the United States,” but he has the good sense to associate it with democracy rather than the corporate oligarchy Americans have adopted as their form of democracy. The US is, after all, the land in which “corporations are people.”

Le Monde appears to accept as a fatality Macron’s logic that focuses on “jobs created in France by this unprecedented purchase order.” By the same token, when Adolf Hitler took the unprecedented initiative of launching Auschwitz or George W. Bush building the Guantanamo prison, they were creating jobs.

Neither does the French journal critique Macron’s claim that it is all about their common commitment to fight terrorism, a pretext that over the past two decades has served to legitimatize ever brutally authoritarian policy of both liberal democracies and the world’s worst tyrants. The fact that Saudi Arabia has consistently encouraged terrorism and appears, at some level, to have facilitated the 9/11 attacks, doesn’t seem to bother Macron. After all, tyrants with stable governments have the same need as liberal democracies to ensure their security against malcontents tempted by terrorism.

Macron has another argument to explain his intent to develop good relations with Mohammed bin Salman, when he claims that “one might decide, following the Khashoggi affair, not to have any policy in the region … but I believe that France has a role to play. It doesn’t mean we’re complacent or that we are willing to forget. It means we must be a demanding partner, but we must keep the dialogue open and remain engaged.” What France is “demanding” can be measured in billions of euros.

Just to bring home the point that cynicism trumps moral scruples, Macron insists that the current standoff between Mohammed bin Salman and Joe Biden could be “good for” France (creating “favorable opportunities”). If the Biden administration finds itself obliged to demonstrate a new-found sense of moral sensibility after four years of Donald Trump’s brazenly naked cynicism, that provides a pragmatically cynical European country with a significant occasion to exploit.

In the article, Philippe Ricard, Le Monde’s correspondent in Dubai, allows himself a touch of irony aimed at deflating Macron’s pretentions. He cites Macron’s own lame attempt at self-serving irony as he asserts, “Saudi Arabia organized the G20 over a year ago and I haven’t noticed that many powers have boycotted the G20.” Seizing the opportunity, Ricard comments, “Mr. Macron failed to specify that the meeting, in November 2020, was held by video conference, due to the COVID-19 pandemic.”

In fairness to Le Monde, by quoting Macron’s shoddy justifications for his good relations with totalitarian regimes without reframing them, Ricard knows that most of the paper’s relatively sophisticated French readers will understand the hypocrisy. The typical Le Monde reader gets the message. Unlike most Americans, the French have been trained not to take most political discourse at face value. Politics is never about sincere expression. This capacity to deconstruct political discourse may be the last remnant of the ancient European educational tradition, where the study of rhetoric was a major component of the liberal arts curriculum.

Emmanuel Macron typically used one other somewhat more substantial rhetorical tool to justify his rapprochement with Saudi Arabia. He insisted on pleading on behalf of Lebanon, a nation suffering from a deepening crisis, literally a failed state, thanks in part to the refusal of Mohammed bin Salman to assist a fellow Arab nation that has impertinently failed to follow his orders on multiple occasions and, more recently, openly criticized the Saudi-led war in Yemen. Macron is cleverly using the historical relationship between France and Lebanon, despite its admitted ambiguity, to affirm a moral position aimed at humanitarian assistance.

After the dissolution of the Ottoman Empire at the end of the First World War, as the West set about divvying up the spoils, Lebanon became effectively a French protectorate. Now, following Joe Biden’s withdrawal from Afghanistan and his conscious distancing himself from Mohammed bin Salman, Macron sees an opportunity for France and perhaps Europe to assume a more proactive role in a Middle East that is no longer as clearly attached to the American empire.

Mandated by the League of Nations following World War I, according to the terms of the secret Sykes-Picot agreement, France assumed control of what was then the region of Syria. France immediately sought to separate Lebanon from Syria to ensure the existence of a state with a Christian (Maronite) majority. This led to friction in the following decades but turned the newly created state of Lebanon into a zone known for its diversity and tolerance and its strong ties to France. All that changed, of course, after the creation of the state of Israel in Palestine (formerly controlled by the British), especially after the fiasco of the Suez crisis in 1956 that resulted in a major humiliation for France and the UK, while opening the door to mounting US influence in the region.

Al Jazeera quotes Macron as asserting that France and Saudi Arabia together “want to commit ourselves to supporting the Lebanese people and therefore do everything possible to ensure that trade and economic reopening can take place.” The article concludes that “there’s no doubt that a new page has been opened in the relationship between Lebanon and Saudi Arabia.”

Al Jazeera’s Zeina Khodr notes that Macron’s initiative “will help revive brotherly relations.” There may be neither liberty, nor equality in Saudi Arabia, but Macron apparently has done something to promote fraternity in Lebanon, a country that was once known for that virtue. This could prove to be a minor moment in what is turning out to be a series of acts that signal a major historical shift in the region. In the absence of the US as the indefectible ally of Saudi Arabia, Sunnis and Shias may begin seeking to rediscover their own sense of fraternity.