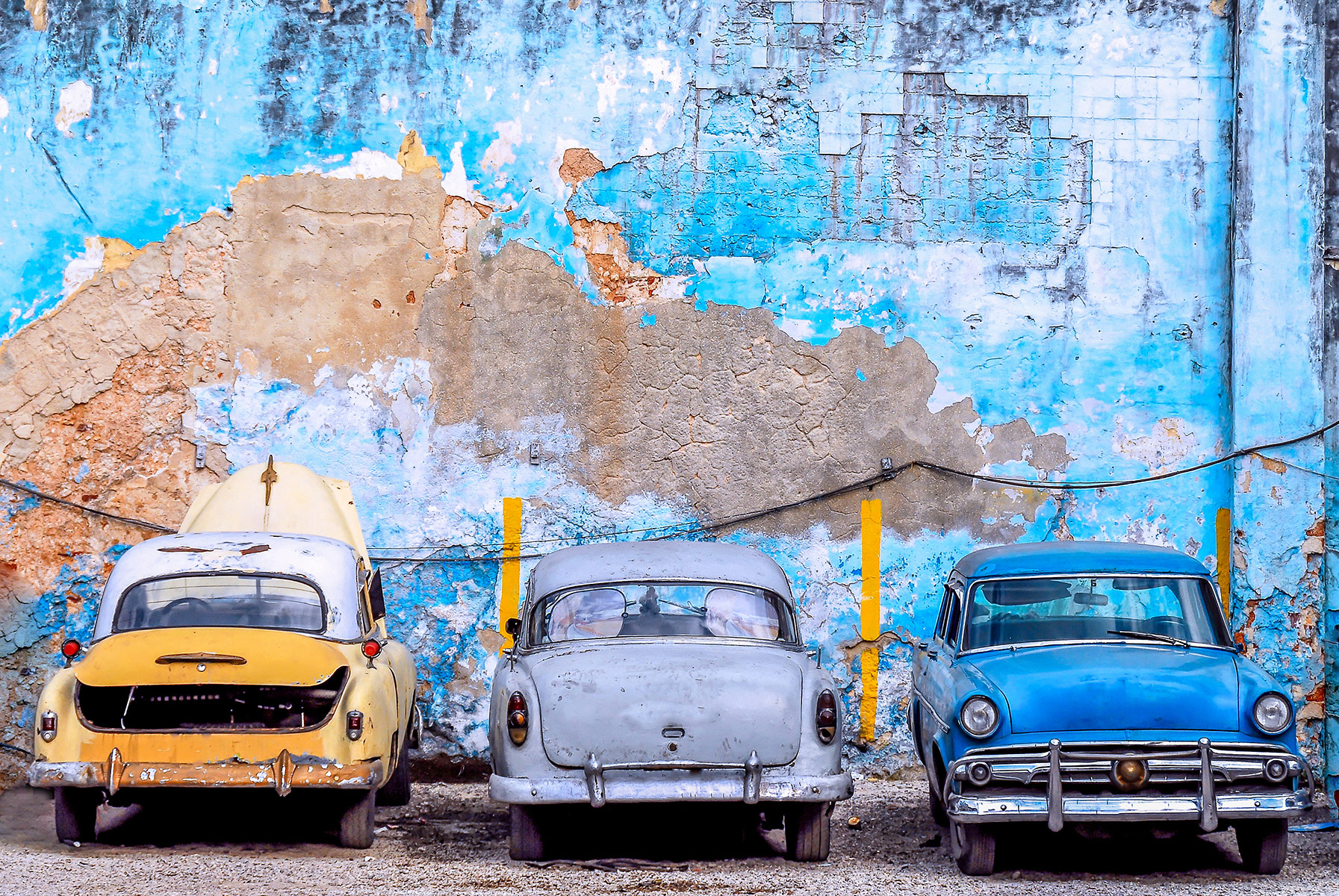 As The New York Times leads the way by favoring illusions that rely on accusing others of crafting illusions, The Washington Post innovates with its own version of the game. In an article titled “CIA director warns Russian spies of ‘consequences’ if they are behind ‘Havana Syndrome’ incidents,” The Post uses the five-year-old complaint to appeal to Americans’ ever-present fear of Russia. The Times and The Post appear to be competing in the sport of creating hypothetical news built on pure speculation.

For much of the liberal media, anything an intelligence official says in public is not only worthy of reporting. It is routinely treated as an example of deep understanding of unrevealed truths. When a CIA director stands up and “warns” the Russians, The Post expects its readers to believe there is some real substance to the story. But as The Daily Devil’s Dictionary has pointed out regularly over the past three years, substance is the one thing that has been absent from this story. A sophisticated reader might be forgiven for laughing when a CIA director issues a stern warning followed by an entirely speculative condition introduced with “if,” especially after five full years of experiencing the phenomenon in question and four of investigating it.

The author of The Post article, John Hudson, doesn’t expect the paper’s readers to be quite that sophisticated. While exploiting the fear factor, aggravated as usual by the designation of Russia as the suspected culprit and the reminder that the complaint produces “severe brain damage and other debilitating ailments,” Hudson nevertheless takes the trouble to explain that William J. Burns’ use of the conditional means there is no factual basis for the accusation other than a conviction by members of the intelligence community that Russians are the kind of evil people who might be up to such shenanigans.

“The fact that Burns formulated the warning by saying ‘if’ suggests,” according to Hudson, “that after four years of investigations across multiple administrations, the U.S. government remains unable to determine a cause of the unusual incidents.” It is comically certain that if, with your massive resources, you can’t determine the cause, you will have trouble designating a culprit. But Hudson doesn’t give up. “Nevertheless,” he adds, “the director’s decision to raise the possibility of Russian involvement directly to his counterparts in Moscow underscored the deep suspicion the CIA has of Kremlin culpability.”

In the language of the deep state, any desire officials may have to accuse someone they want people to think of as the enemy as a pretext for any radical, aggressive action that may be taken in the future

NBC News featured the same story but pushed the doubt implicit in Burns’ use of the conditional a step further, affirming that US “officials cannot say for sure that they were the result of human activity.” Once again, laughter would be the most understandable reaction. The intelligence community has no idea whether humans were involved, but they have a clear idea of who those humans would be if they were involved. For the moment, there has been more evidence for crickets than humans.

Whether employing the tools of logic or human psychology, it is difficult to avoid seeing a pattern here, something akin to the clinical definition of paranoia: “feelings and thoughts often related to persecution, threat, or conspiracy.” Another source describes paranoia as “an irrational suspicion or mistrust of others.” For psychiatrists, paranoia belongs to the rarefied atmosphere of psychosis rather than the much more banal neurosis, from which most of us suffer at some point in our lives.

There is, however, a difference when attributing a psychological disorder to a private person or a government institution. When paranoia is diagnosed in an individual, psychologists have the opportunity to explore and eventually trace to etiology of the disease. When paranoiac symptoms appear in an institution, unless that institution is defined by the presence of a unique charismatic leader, it is no longer the question of the failure of psychological control but of the deliberate implementation of a conscious strategic plan. The paranoiac literally suffers from delusions; the institution promotes delusionary theories with an aggressive purpose. The individuals who formulate the delusion may or may not believe in it. Analyzing the source of institutional paranoia requires a focus on strategic intent rather than psychic dysfunction.

The individuals who have complained of being victims of the Havana syndrome are not clinically paranoid. They have experienced something deeply unpleasant. Even in cases where psychosomatic factors may be in play, their experience is real rather than imaginary. If the victims succumb to paranoid beliefs about the cause of their suffering, these only emerge as an effect of institutional discourse. The institution — in this case, the CIA or possibly the State Department — is the agent supplying the delusional explanations, which the victims may or may not adopt. To the extent that employees and their family members trust their employer, they too may evince paranoid symptoms. But that does not make them paranoid. A true paranoiac fabricates rather than receives the delusion of intentional oppression from an outside source.

The public manifestation of paranoia that Burns dared to toss at the Russians may be little more than political posturing. It could be intended to comfort the victims by creating the illusion that the government is ready to go to battle in their cause, while pleasing hawkish Democrats intent on accusing Russia of everything bad that takes place in the world. This example of officially proclaimed paranoia begins with the formulation engineered by the authorities who make the claims, with no need to present evidence. It is then disseminated by the media, such as The Washington Post, The New York Times or NBC News. Those organs can be trusted to spread an illusory idea of a chain of cause and effect. In this case, that borders on comedy — they make the assertion while officially denying that it is a fact.

This operation could be seen as a clinical case of “engineering consent,” a concept Edward Bernays, the godfather of public relations, first proposed as a fundamental tool of government. Noam Chomsky and Edward Herman analyzed the concept and the practice in their book, “Manufacturing Consent.”

The Washington Post now adds a new twist related to the historical context that may help to understand how a story with literally no substance may itself be full of “consequences.” John Hudson points to the fact that William J. Burns’ utterly hypothetical accusation “adds another layer of complexity to the U.S.-Russia relationship as the Biden administration tries to determine whether Moscow’s buildup of troops along the border with Ukraine is muscle-flexing or the preamble to a full-scale invasion of the country.”

History has seen other largely imaginary “incidents” that led to “consequences.” For example, the sinking of the Maine in 1898 served to provoke a profitable war with Spain that ultimately delivered Cuba, Puerto Rico, the Philippines and Guam to the US. More recently, the Gulf of Tonkin incident in 1964 inaugurated the war in Vietnam. Nearly four decades later, imaginary weapons of mass destruction justified the invasion of Iraq. If the media helps to confirm in Americans’ minds the status of the Havana syndrome as a Russian attack — with no requirement of hard evidence — it matters little whether the attack was real or significant. As a series of “incidents,” it will have served its strategic purpose of helping to justify whatever action will subsequently be taken over Ukraine.

The Biden administration now appears to be focusing its obligatory paranoia on two hot spots: Taiwan and Ukraine. They have been chosen to define the power relationship with the two formidable adversaries in a brewing new cold war. Taiwan is the prize to fight for in Asia in the showdown with China. Ukraine has been assigned the same status in Eastern Europe in the confrontation with Russia. The role of both is highly symbolic because of the history of those regions. The stakes are high because they will have an impact on the future image of US global hegemony. For the moment, it resembles melodramatic comedy. But the public has a growing “deep suspicion” that things may quickly go awry.