In this edition of The Interview, Fair Observer talks to James C. Goodale, a leading First Amendment lawyer and former executive vice president of The New York Times Company.

The detention of WikiLeaks founder Julian Assange by British police on April 11 has generated an international media frenzy. Assange has been sheltering in the Ecuadorian Embassy in London since 2012, having sought asylum to avoid extradition to Sweden where he was facing sexual assault and rape charges. The government of President Lenin Moreno revoked Assange’s Ecuadorian citizenship and, after months of coordinated efforts, asked the Metropolitan Police to remove him from the embassy premises.

Julian Assange founded the whistleblowing website, WikiLeaks, in 2006 to expose corruption, human rights violations and war crimes. The publication of the Iraq and Afghanistan war logs, as well as a trove of US diplomatic cables, brought the organization both notoriety and widespread criticism, followed by an investigation by the US government. Most recently, the publication of Robert Mueller’s report on Russia’s interference in the 2016 US election brought the focus back on what appears to be Wikileaks’ collaboration with Russian intelligence services in order to derail Hillary Clinton’s presidential bid.

According to The Washington Post, “U.S. prosecutors confirmed for the first time that they had secretly charged Assange last year with conspiring with an Army intelligence analyst to illegally obtain secret U.S. military and diplomatic documents, which Assange’s group published online.” He is facing a hacking charge for assisting the former United States Army soldier-turned-whistleblower Chelsea Manning to try to crack government passwords. An extradition to the United States might bring with it a five-year sentence if Assange is convicted.

To his supporters and fans, Julian Assange is an audacious campaigner for truth. His critics say he is a megalomaniac attention-seeker who endangers lives by releasing sensitive information into the public domain. Wherever your sympathies lie, the 47-year-old Australian’s arrest has reignited the debate about freedom of speech, journalistic ethics and the rights of whistleblowers.

In this edition of The Interview, Fair Observer talks to James C. Goodale, the former executive vice president of The New York Times Company and a leading First Amendment lawyer who represented the publication before the US Supreme Court, about the detention of Julian Assange, the possible scenarios awaiting him, and the limits of free speech.

Kourosh Ziabari: The Australian journalist and founder of WikiLeaks Julian Assange was arrested on April 11 by the UK police after his asylum was withdrawn by the Ecuadorian government. He faces extradition to the United States. Some activists say his indictment by the Department of Justice would be a challenge to free speech. Do you agree?

James Goodale: Yes, I do believe it is a threat. The government has tried to cast the indictment as a hacking violation, but that is just a cover. The indictment states there is a conspiracy to violate The Espionage Act; it also states that certain ordinary investigative techniques such as Dropbox and encryption are part of the conspiracy.

Ziabari: There have been big disputes on the function of WikiLeaks and whether what it does can be considered as professional journalism. Some argue that WikiLeaks is journalistic in nature because it brings important news and information to the public. Critics stress that releasing data and information to the public without editorial review is not journalism. What’s your take on that?

Goodale: The customary journalistic functions are: 1) gathering, 2) editing and 3) publishing the news. Assange gathered the information from Manning; he edited the materials from Manning before publication, as did The New York Times, The Guardian, El Pais and Le Monde, before they were published. He published them on his site, as the aforementioned papers did on their sites.

Assange is a digital age journalist. It is not significant to call him a journalist or not since he carries out journalistic functions. These functions raise the same First Amendment questions as if a “regular” journalist was involved.

Ziabari: To some, Assange is a hero and a champion of free speech, to others, he is a trespasser who used illicit methods to access vital information undisclosed to public. What is in your view the best description for Julian Assange?

Goodale: I find it hard to say he is a “champion.” He does, however, carry out important First Amendment functions, which have to be protected.

Ziabari: Julian Assange’s legal staff and supporters say he has employed conventional practices used by national security journalists, such as secure communications channels or a secure Dropbox account. However, it is believed that he and Chelsea Manning had cracked the passwords of the Defense Department computers to elicit data from them. Is it possible to justify all the methods Assange used to access information as journalistic conventions?

Goodale: I do not believe they “cracked” the passwords of the Defense Department. The government, through its misleading press release, tried to make it appear that Assange had cracked a password in order to obtain information he could publish. This is not so. Manning and Assange attempted to avail themselves of a password for the purpose of covering Manning’s tracks. They, however, failed. As noted earlier, “secure communications channels or a secure Dropbox” are standard journalistic methods. They are not illegal. It does seem, however, that the government is trying to make them illegal in the language used in the indictment.

Ziabari: The Whistleblower Protection Act of 1989 protects federal employees who disclose “government illegality, waste and corruption” from negative consequences for their employment. There are also whistleblower protection laws for the military in the United States. Do any of these laws and regulations that are supposed to guarantee freedom of speech for whistleblowers apply to Assange? Should he expect any clemency from the US legal system?

Goodale: I do not know chapter and verse of the whistleblower rules that apply to federal employees and to those in the military. I do not expect clemency for Assange, even though Manning was pardoned. The Justice Department is out to get Assange any way that they can, even if they have to write up an indictment as strange as this one. It is “strange” because it permits the government to say hacking is what they are after. But when one reads the indictment, it becomes apparent that a conspiracy to violate The Espionage Act is the government’s particular emphasis.

Ziabari: How is it possible for a government like that of the United States to maintain a balance between its national security concerns and its responsibility to uphold freedom of the press and freedom of speech? What do you think is the most reasonable and practical way to deal with a complicated case such as this one?

Goodale: It is possible for the government to maintain a balance between national security concerns and freedom of the press, first simply by not over-classifying and, second, by affirmatively releasing information about its misdeeds so that Assange does not have to take credit for them. In this case, Assange was able to release a video of a US helicopter [team] killing Reuters journalists. The government should have released this information rather than classifying it as secret. The government should deal with a case like Assange’s by not bringing it in the first place or maintaining a more secure system which does not permit a low level employee like Private Manning to release the information. 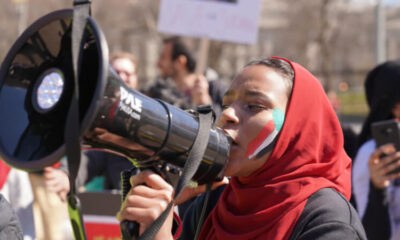 The Dictator and the Nihilist 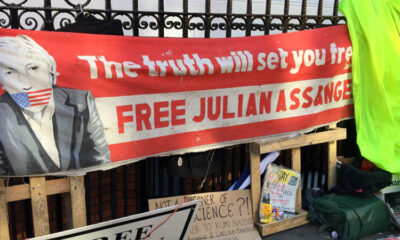 Is the US Right to Extradite Julian Assange?

The Women of WikiLeaks: Speaking Truth to Power