By focusing narrowly on whistleblowers’ violation of the law, the law ends up hiding and protecting crimes that damage democracy itself. The Daily Devil’s Dictionary explains.

Defending the US government’s request to extradite WikiLeaks founder Julian Assange from the UK after his expulsion from the Ecuadorian Embassy in London, US Vice-President Mike Pence claims that Assange was “involved in one of the greatest compromises of classified information in American history.”

Everyone should recognize this definition as quite simply logical. All people and institutions are capable of crime and, having committed a crime, few confess. The more certain criminals are of being able to hide their crimes, the more they will be tempted to make use of that capacity. That’s why, if justice is to be valued as highly as security, whistleblowers represent a kind of last resort for democracy to work.

Not all classified information is evidence of crime, but some crimes will be denied and classified to keep all evidence from public view. That is how all governments work. The only alternative is to suppose that a specific government is incapable of ever committing a crime. But that is a manifestly absurd proposition.

This basic truth should help us to understand the deeper implications of the debate about whether Assange was guilty of an egregious crime or simply practicing the art of journalism, as his defenders claim. If a journalist or a media outlet discovers evidence of horrific acts and a coverup, do they have the right — some would say the moral duty — to communicate that information to the public, even if it is classified?

Focusing narrowly on the technical illegality of the act, permitting access to the information means losing the democratic and moral perspective that relates to the duty to expose crimes that have an impact on the community. Making public any classified information is obviously a violation of the law. But if that information permits the public to understand what their democratically-elected government is actually doing in its name, shouldn’t the dissemination of that information be considered a democratic duty?

Taking the establishment position, Hillary Clinton offered this analysis: “[I]t’s not about punishing journalism, it is about assisting the hacking of a military computer to steal information from the United States government.” She clearly wishes to focus exclusively on the act of gathering information — which could in this case only have been done by illegal means — rather than the democratic and moral significance of the information revealed.

In strictly moral terms, this amounts to a conscious tactic of distracting attention from a major crime that goes unpunished by assiduously prosecuting a minor crime, the very subject of Shakespeare’s Measure for Measure where the absent Duke’s deputy, Angelo, condemns a man to death for consorting with prostitutes (a minor offense), but when the condemned man’s sister, a nun, pleads with him for mercy, he blackmails her into sleeping with him (rape).

The acts for which Julian Assange has been charged concern the publication in 2010 of classified information about US military activity in Iraq and include the dissemination of video footage of a murderous attack by US helicopters on a group of journalists, including two employees of Reuters.

Reacting to the WikiLeaks publication three years after the event, Major Shawn Turner, a spokesman for US Central Command, said: “We regret the loss of innocent life, but this incident was promptly investigated and there was never any attempt to cover up any aspect of this engagement.” Reuters had, in fact, “pressed the U.S. military to conduct a full and objective investigation into the killing.” Immediately after the event, the news agency requested the video but, thanks to the complex bureaucratic procedure defined in the Freedom of Information Ac, it had to wait two years to receive a copy. WikiLeaks posted the video here.

In claiming “there was never any attempt to cover up any aspect of this engagement,” Turner was technically correct. The video was kept secret as a classified document and only “released” — not to the public, but to Reuters — two years after the event. And Reuters obviously was unwilling to take the risk of publishing it in 2009, because it was classified. The military delayed releasing the copy to Reuters because they knew that its news value would be diminished by the lengthy wait. News agencies such as Reuters don’t like to report on two-year-old events, especially if it means having to tell a complex story around classified information, just to make sense of it for the public.

The ultimate question concerns how much the public trusts its government and how much governments count on the apathy of the public as the foundation of that trust. As a presidential candidate in 2008, Barack Obama promised to protect whistleblowers, but as president he accelerated the war on whistleblowers. “In his eight years in office, the Obama Justice Department spearheaded eight Espionage Act prosecutions, more than all US administrations combined.”

The Bush-Obama-Trump era, marked by the forever and everywhere “war on terror,” has made a wide range of criminal actions — preemptive war, rendition and torture, assassination, fomenting revolutions, revolt and regime change — “justifiable” in the name of national security. It has led to an official policy that considers any role in exposing those crimes as potentially criminal. And whereas the official crimes must never be prosecuted, actions that lead to exposure will be punished without exception. This includes imposing sanctions on the International Criminal Court in The Hague for simply attempting to investigate reported US war crimes in Afghanistan.

This system of punishing whistleblowers only — and never the culprits of the crimes — makes sense in Saudi Arabia and other despotic regimes. In the US, its justification depends on the prevalent belief in American exceptionalism, which a majority of US citizens appear to accept. Prompted by the media, they do so simply by suspending their moral reasoning while favoring a narrow and selective form of legal reasoning. They not only consciously ignore international laws and standards of conduct, but threaten the legitimate institutions that attempt to enforce them.

Today’s Democrats cannot forgive actions by WikiLeaks that they believe were linked to Russian meddling in the 2016 election. Vladimir Pozner, an independent Russian-American journalist, recounts the answer he received from a “high-ranking gentleman” in the CIA to the question, “Does America interfere in elections anywhere?” The CIA man admitted, “Yes, we do interfere, but we interfere for good and you [the Russians] interfere for bad.” That sums up American exceptionalism.

Claiming to be a journalist, Julian Assange has at times played fast and loose with the notion of media neutrality and objectivity, but not quite as much or as often as The New York Times, The Washington Post or any other respectable organ of the press. They all have a political agenda less candidly expressed than Assange, but easy enough to detect for the careful observer.

What a democracy needs to remain honest is not just a WikiLeaks, but multiple WikiLeaks, ones whose agenda may focus on different targets that thrive on the secrecy of information. Such as the mafia, offshore banking in tax havens, to name some obvious ones. We know they exist, but we need to know more about what they do. And there are others we don’t know about simply because they have been more effective in classifying their information and practicing the law of omertà (code of silence). 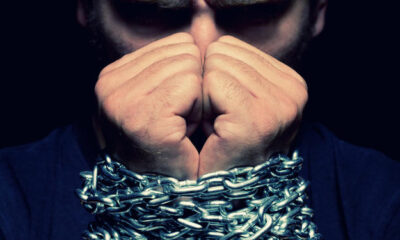 Who Stays and Who Goes? The Debate Around UK Extradition Law