The Fed “will try, but it won’t work!” Interviewed by Business Insider’s Henry Blodget, American investor Jim Rogers offers us a dire vision of the future, forecasting a crash worse than that of 2007-08 and, more worryingly, the failure of governments to bail out the faltering parties. Many analysts have been pointing to the likelihood of a new crash, but Rogers seems convinced it’s going to happen by 2019 at the latest. And he sees it as dwarfing the Great Recession of 2008. As per the interview:

Blodget: “And how big a crash could we be looking at?”

Rogers: “It’s going to be the worst in your lifetime.”

A recurring event in modern economic history, producing the moment when the world realizes that the current system of financial capitalism is built on sand and its supporting structures governed by wind and waves of variable force and height, before implementing superficial remedial solutions making it possible to drift off into a haze of forgetfulness while waiting for the subsequent crash

Rogers bases his analysis on the amplitude of debt across the globe. He pulls no punches and even dismisses the usual reassuring wisdom about the resilience of our institutions: “People are going to say ‘It’s Western civilization. It’s going to collapse.’ And the Fed, who is made up of bureaucrats and politicians, will say, ‘Well, we better do something.’ And they’ll try, but it won’t work. It’ll cause some rallies, but it won’t work this time.”

Rogers made his reputation as an investor in the 1960s and 70s, at one point alongside George Soros. He is a trend follower rather than a trend-setter, but with a wide view of the world, which makes his testimony particularly interesting. He is quoted as saying, “If you were smart in 1807 you moved to London, if you were smart in 1907 you moved to New York City, and if you are smart in 2007 you move to Asia.” Which is what he did at that time, moving from New York to Singapore. His children speak Mandarin.

Although his perspective is purely financial, Rogers seems to have reached similar conclusions about the drift of history as historian Alfred McCoy, who predicted, “My money is on China with its trillion-dollar infrastructure program to integrate Eurasia into an economic powerhouse, another trillion to develop and dominate Africa, and a resurgent, tech-savvy military to slice through Washington’s encirclement of their continent.”

In examining the 2008 crash, Rogers adds an insight about China, whose accumulated wealth actually served to counter the threat to the global economy and stabilize the Western economy: “Now even the Chinese have debt, and the debt is much higher.” The unnoticed safety valve that rescued the economy in 2008 has disappeared.

Rogers tells us something else that’s extremely revealing about the vulnerability of today’s financialized and militarized economy: “I learned very early in my investing careers: I better not invest in what I want. I better invest in what’s happening in the world. Otherwise I’ll be broke — dead broke.”

The fathers of capitalist economics, Adam Smith and David Ricardo, writing two centuries ago, described the growth of the economy — the wealth of nations — as the collective result of people investing effort and resources in doing what they want. Everyone could, at least theoretically, benefit from the varied initiatives of the multiple actors in the economy, producing goods and services. The new role of money in such a system had a purpose: to enable those who had projects to bring them to fulfilment. It wasn’t about accumulating profit, except in the sense that profit was the key to sustainability and incremental growth. For the early capitalists, investors were motivated by the idea of doing something they wanted to do and which they believed people wanted to buy.

As a smart investor, Rogers sets the record straight on today’s markets. First, it’s all about leveraging through debt. Second, it’s about “what’s happening in the world.” And what has happened in the world, especially in the last half-century is a focus on money alone, producing a culture of greed. It’s easier and requires less effort to make money from money, which always means not only ballooning debt but also constantly expanding inequality. So, on the one hand, we have a visibly unstable political landscape and a financial bubble.

The last remaining question is this: Will speaking Mandarin actually guarantee survival? 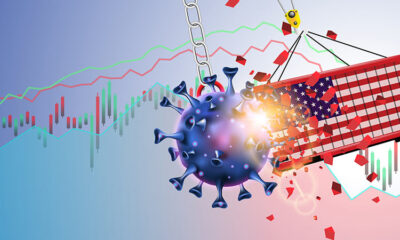 Who’s to Blame for a Tanking Economy? 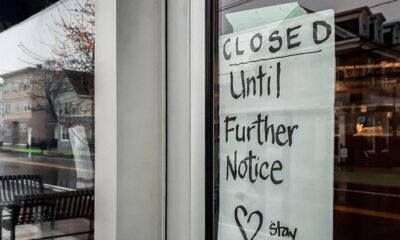 Is the COVID-19 Bailout Another Scam on American Taxpayers? 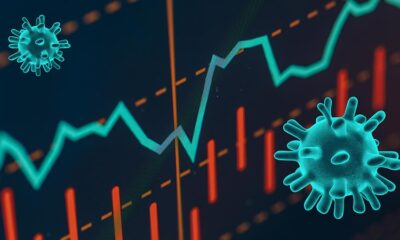 Stock Shock: What Lies Ahead for Global Markets?