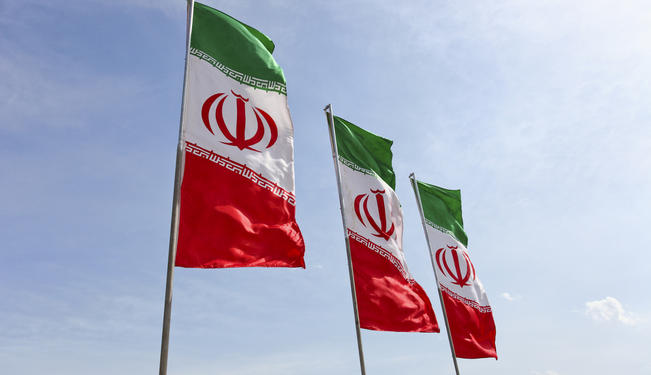 The nuclear deal has to be seen by its wider regional context.

In the early hours of November 24, 2013, Iran and the P5+1 countries – the US, UK, France, China, Russia, and Germany – signed an interim agreement for six months on Iran’s nuclear program. Ever since the Islamic Revolution in 1979, Iran’s nuclear ambitions which date back to the rule of the Western-backed Shah, have been viewed with increasing suspicion.

After Iran announced it would resume uranium enrichment after a temporary suspension in 2003 under former President Mohammed Khatami, the United Nations (UN) implemented its first round of sanctions in 2006. The UN Security Council passed six resolutions since then, asking Iran to stop uranium enrichment. Uranium enriched to certain levels can be used for civilian purposes but also to build nuclear weapons.

Iran is a signatory of the international nuclear Non-Proliferation Treaty (NPT). Tehran argues that its enrichment activities are solely for peaceful purposes and are covered under the NPT guidelines. The US, the EU, and other members of the international community remain suspicious regarding the peaceful nature of the program. The US and EU both imposed additional sanctions targeting a wide range of Iranian sectors, most prominently the crucial energy sector.

There have been several rounds of negotiations between Iran and the P5+1 before the recent talks in Geneva — for example, in February and April 2013 in the Kazakh city, Almaty. However, these previous meetings failed to produce any tangible agreements.

As revealed by Al-Monitor, the US which has no official diplomatic relations with Iran had established a secret diplomatic backchannel with their Iranian counterparts in March 2013.

The deal struck in Geneva contains the following main points:

Reactions to the announcement of the deal were mixed. Hundreds of supporters greeted the Iranian negotiators upon return from Geneva. Israeli Prime Minister Binyamin Netanyahu strongly criticized the deal, calling it a “historic mistake.”

Several US lawmakers argued the deal was too lenient on Iran and stressed the need for new sanctions. US President Barack Obama, on the other hand, defended the deal and his diplomatic approach to solve the issue. The Gulf Cooperation Council (GCC), at its summit in Kuwait in December 2013, “expressed their comfort” towards the interim agreement. Several Gulf states, including Saudi Arabia, a traditional opponent of Iran, have issued cautious statements welcoming the deal.

Why is the Iran Nuclear Deal Relevant?

The Iranian nuclear deal is a controversial agreement which has the potential to either lead to a significant stabilization of the Middle East — if a satisfactory, comprehensive, and long-term agreement is reached — or in the worst case scenario trigger a regional war.

Whereas reports have surfaced that parts of the Israeli security establishment do not agree completely with Netanyahu’s negative assessment, the military option is not off the table. Some Arab Gulf states’ long-standing tensions with Iran and their lobbying for military action against the nuclear program are also a case in point.

The nuclear deal that will potentially bring a rapprochement between Iran and the US has to be seen in a wider regional context. Iran is a close ally and supporter of Syrian President Bashar al-Assad. Saudi Arabia, a long-time US ally, criticized the Washington's decision to refrain from military strikes against the Syrian government in the wake of a chemical weapons attack in August 2013. Some analysts also see the Saudi decision to turn down a non-permanent UN Security Council seat as connected to both issues.

US Defense Secretary Chuck Hagel’s assurances at the Manama dialogue security conference in December 2013 are to be read in this context. Hagel presented proposals for closer ties with the Gulf states, enhanced missile defense systems, and no US troop reductions after the interim deal with Iran.

The agreement in Geneva is an achievement in itself after years of negotiations without tangible results. However, as Obama stated, “huge challenges remain” and reaching a comprehensive solution is far from certain.