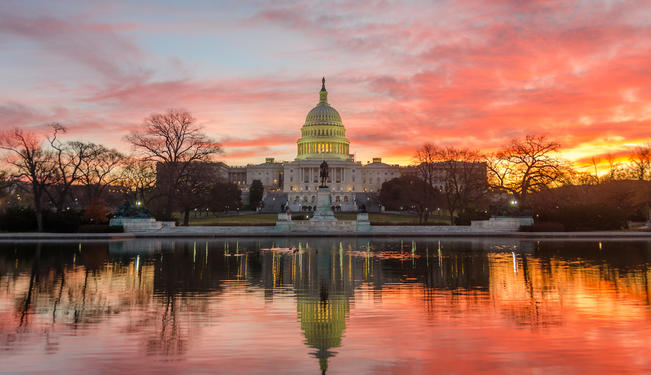 No immediate rapprochement is expected between the US and Iran. [Note: Read part one here.]

Hezbollah has been deeply involved in the urban fighting alongside the Syrian regime. As argued by analysts at the Washington Institute for Near East Policy, Hezbollah is suffering human losses which weakens its military wing and will lead to a downfall in the scale of its activities outside Syria and Lebanon.

There is also the threat of a decrease in the number of Hezbollah supporters among the regular Lebanese population; they are gradually becoming more concerned with the spillover of the Syrian conflict into their own country, as well as the potential revenge of Sunni Islamists against Shi’a Lebanese.

At the same time, while Hezbollah is weakened by its participation in the Syrian Civil War, the importance of Syria as a geographical bridge linking Iran with this organization is decreasing. Some experts even argue that the fall of Damascus will not be crucial for the linkages between Tehran and Hezbollah — it will weaken these ties, but never completely cut them.

On the other hand, Syria turns into a potential source of an Islamist threat to the region. Growing activities of Sunni jihadists and the rising influence of one of the main opponents of the Islamic Republic – al-Qaeda – inevitably worry Iranian authorities. Under these circumstances, Tehran is especially frightened by statements from different religious and secular figures in the Arab world and beyond, stating that the civil war in Syria has become a proxy war between the region’s Sunnis and Shi'as.

Iranian authorities correctly assume that the spread of this idea in the popular mind of the Middle Eastern population may lead to a larger conflict between the two main religious groupings in Islam or, at least, turn the attention of Sunni jihadists to Shi’a Iran. Subsequently, part of Iran’s ruling elite (mostly associated with the supporters of President Hassan Rouhani) periodically voice the growing necessity to end the conflict in Syria.

Moving Away From Assad

They also try to distance the Islamic Republic from Syrian President Bashar al-Assad. Some of them are even ready to accept the partition of Syria, if a certain section of it is controlled by the Iran-friendly Alawite regime. Even Rouhani has emphasized that if Assad is removed from power in a legal way, this will not be a severe loss for Tehran. In other words, he considers the Syrian president expendable.

As stated by experts in Washington, this position is well-known in the US. Consequently, this led to the American view that cooperation with Tehran on Syria could be helpful in reaching a settlement. This opinion is likely to be shared by the White House.

As reported, US authorities do not mind the participation of Iranians in discussions over Syria's humanitarian needs. Moreover, although radical politicians in Washington still call on President Barack Obama to turn the above-mentioned civil war into the "Iranian Vietnam," the Americans even thought about involving Iran in the Geneva-2 summit (given, from a US perspective, Tehran’s complicit behavior in other fields).

Hypothetically, this situation may pave the way for a broader US-Iran dialogue on the Syrian conflict in order to discuss the perspectives of the Assad regime. The Americans could also try to create the necessary conditions under which Iran would be able to agree with the Saudis on the future of Syria and counter al-Qaeda activities.

The Role of Afghanistan

Cooperation on Afghanistan may play an even more important role for strengthening US-Iran relations. Given the forthcoming American withdrawal from the country, a constructive dialogue between Washington and Tehran is becoming very crucial for the White House.

On the one hand, this would allow the Americans to transfer some responsibility to Iran for stability in certain (mostly Dari-speaking) areas of Afghanistan. According to recent data, the Iranians have linkages with almost all political forces of their eastern neighbor. Allegedly, Tehran has even established contact with the Taliban — reportedly, with local warlords on the Iranian-Afghan border. All in all, this gives the Islamic Republic certain leverage points to influence the situation.

On the other hand, it is important for Washington to establish a reliable and secure route for the withdrawal of its forces from Afghanistan. So far, it has the following two potential ways to relocate military personnel and munitions: one through not-very-safe Pakistan, and the other through Russia and Central Asian countries holding controversial political feelings towards the US.

A Lean Peace is Better than a Good Quarrel

However, full-scale cooperation between Washington and Tehran is hardly possible, even on Syria and Afghanistan. American policy makers and experts on the Middle East unanimously agree on this point. After more than 30 years of confrontation, there is no trust between the US and Iran. As a result, the sides will probably be ready to discuss the most important and painful issues of mutual interest, but that is going to be the limit of their rapprochement.

This pattern will determine the general tone of a future bilateral dialogue (if it starts). In other words, in the long-term perspective, the revival of the pre-1979 level of relations and partnership between the two countries should not be expected. The main goal of a future rapprochement is to achieve "a lean peace," which is always better than "a good quarrel." This point of view is probably shared by both sides.

Apart from mutual mistrust, a variety of reasons prevents the reestablishment of the old partnership.

First of all, in terms of economic ties, Tehran is not as interesting for the US as it was 30 years ago. Growing US self-sufficiency in oil and gas makes Iran less appealing as a hydrocarbon supplier to America.

Secondly, ideological differences between American democracy and the Islamic Republic, as well as contradictions in Washington’s and Tehran’s approaches to a wide range of international issues, hampers the bilateral rapprochement.

Thirdly, even the mere stabilization of relations between the US and Iran will take a long time.

During the last few months, Israel and the Arab monarchies of the Persian Gulf have been actively lobbying their supporters in America to deter the process of a US-Iran rapprochement. Pressure from Tel Aviv on Washington has achieved a scale which allows some experts to argue about direct Israeli interference in the decision-making process over US foreign policy.

However, even without additional signals from Tel Aviv and the Persian Gulf, the anti-Iranian lobby is very strong in America. The US Congress has already sent a signal to Obama that his initiatives on Iran will be — if not ruined — carefully examined in order to avoid any hasty decision. The forthcoming Congress elections of 2014 will make US legislators even more cautious regarding the Iranian question.

It should also be taken into account that for Congress, a possible US-Iran agreement may become a trade item which could be used to cut certain deals with the Obama administration on domestic issues. This factor, in turn, will not allow for relations between Washington and Tehran to be settled that easily.

Finally, the Americans have certain moral obligations to their partners who supported them in their anti-Iranian campaign over the years. The Israelis, Gulf Arabs, and some Europeans (namely, the French) have reacted negatively upon hearing the first rumors about secret bilateral talks between the US and Iran.

They consider these covert negotiations as a sign that the Americans want to unilaterally reach an agreement with Tehran and, thus, abandon the coalition which was created Washington. France recently demonstrated that the US is hardly able to neglect the interests of its allies. In November 2013, Paris ruined the first attempt by the P5+1 group to sign an agreement with Iran, seeing it solely as a US-Iran treaty.

Another signal was also sent from Saudi Arabia. In November 2013, the Saudis suddenly expressed their will to help Egyptian authorities to buy Russian weapons in order to compensate the decrease in US munitions supply to Cairo. Both moves were anti-American.

On the one hand, Saudi Arabia undermined US efforts to put pressure on the Egyptian government which, as the White House believed, would help the development of democracy. On the other hand, Riyadh helped the Russians to increase their presence in traditionally pro-US Egypt.

As believed by experts, this was done by the Saudis to demonstrate their disappointment at the Obama administration's refusal to launch military strikes against the Syrian regime, as well as in American attempts to bridge relations with Iran.

All in all, the growing dissatisfaction with the current behavior of Washington in the Middle East may affect the tempo of a US-Iran rapprochement and make Obama more reserved in his actions.

A Long Road Ahead

So far, US-Iran relations have a certain potential for normalization, and a lean peace is possible. Iran is interested in the easing of sanction pressure whereas Obama strives to implement at least one of his election promises. Under these circumstances, Tehran has become more restrained in its statements over US foreign policy as well as the Palestinian-Israeli conflict. At the same time, the White House has rejected the idea of regime change in Iran or to use force against the Islamic Republic.

However, both the US and Iran have a long road ahead in order to settle all disputes that have hampered their relations over the last 30 years.

*[Note: Some sources in this article have not been explicitly named. The author and Fair Observer respect their right to remain anonymous.]