Ben Affleck’s contribution to the debate proves you don’t need to be a specialist to recognize Islamophobia and speak out. [A version of this article was originally published by Al Jazeera English.]

The latest media “debate” about Islam stems from American chat show host Bill Maher’s criticism of Islam, and the surprisingly passionate response of Ben Affleck, an Oscar-winning actor and director who, unlike many in mainstream media, recognizes stereotyping generalizations and prejudice against certain groups when they’re staring everyone in the face.

Maher, generally anti-religion in his comedy and political commentary, has said on previous occasions that “all religions are not alike” and that Islam is worse than others because it calls for the death of those who criticize it. He also supports the idea of a “clash of civilizations,” which postulates that the Western worldview is fundamentally incompatible with Islam.

For proponents of this view, Islam is a blurred and conveniently adaptable category of general backwardness, and encompasses Islam, Arabs and the Middle East as if they were the same thing. They also make the false assumption that there is such a thing as a single coherent “Western” worldview and an “Eastern” or “Muslim” one.

For those who missed the heated argument on Maher’s show, Real Time, he and guest Sam Harris, a neuroscientist who has written about religion, claimed to be standing up for liberalism and liberal principles by criticizing the “Muslim world.” Harris claimed: “We’ve been sold this meme of Islamophobia where every criticism of the doctrine of Islam gets conflated with bigotry towards Muslims as people. It’s intellectually ridiculous.”

Affleck came back solidly: “Hold on — are you the person who officially understands the codified doctrine of Islam?”

During the ten-minute row, Maher said Islam is the only religion that’s “like the mafia because it will f**king kill you if you say the wrong thing, draw the wrong picture, write the wrong book.”

Harris said: “We’re misled to think that the fundamentalists are the fringe.” He tried to patronize Affleck: “Ben, let me unpack this for you…,” and proceeded to use a metaphor of concentric circles, the central circle representing jihadists who want to kill apostates and the next one representing Islamists who aren’t entirely murderous. These two circles, he trotted out bizarrely, represent 20% of the Muslim world, according to “a bunch of poll results.” Outside the two circles are the rest of Muslims, who are all conservative and hold troubling views about human rights, women and homosexuality.

Affleck’s contribution to the debate proves that you don’t need to be a specialist or have a PhD to recognize Islamophobia and speak out against it. That Affleck’s passionate defense is so unusual reveals, depressingly, that stereotyping relating to the Middle East, Arabs and Muslims, who are all lumped together as if they were the same thing, has remained unchallenged in mainstream US media, entertainment and television.

Hollywood has a history of left-wing politics. But pointing out racist representations of Muslims or Arabs, or — perish the thought — Palestinians, has been a no-no for both conservatives and liberals. During the recent war on Gaza, Hollywood and the music industry entered the fray — or rather dipped their toes in it. Various celebrities posted tweets condemning Israel’s bombings of Gaza, or simply expressing concern about the deaths of children, which was enough for supporters of the military operation to understand there was sympathy for Gazans, apparently a taboo in itself, and even A-list celebrities felt enough pressure to modify their statements.

Only the outspoken comedian and actor Russell Brand entered the fray wholeheartedly, taking on a new role as political satirist with his homemade YouTube clips “The Trews” (True News). Penelope Cruz and Javier Bardem felt the need to clarify their position after signing an open letter in Spanish that called on the European Union to end Israel’s operation in Gaza, following severe criticism from some Hollywood producers and fellow actors like Jon Voight. Singer Selena Gomez ended up explaining her Instagram post: “It’s about humanity. Pray for Gaza.” Rihanna deleted a tweet containing a “#freepalestine” hashtag after only a few minutes, and Jon Stewart’s consistent criticism of the war on Gaza prompted Hillary Clinton herself to appear on his show to take issue with him.

McCarthyism may be long gone, but certain topics are sure to generate a swift response, and Hollywood’s recent attempts to challenge stereotypes about the Middle East remain cautious. Most celebrities, even those who do humanitarian work in the Middle East, prefer to remain silent.

So why is it so important for pundits and chat show hosts, who are intent on presenting themselves as educated and liberal, to trash Islam with simplifying, blanket statements? Taking a cue from Harris, let me “break it down” into circles.

My three circles aren’t concentric; they overlap, and can lead to infinite combinations and variations. The circles correspond to (a) pundits who are less liberal and more racist than they claim to be; (b) pundits who have overriding political agendas and very consciously promote half-truths and stereotypes, in order to influence large audiences who don’t have the time or inclination to do their own research; and (c) all remaining pundits. There is a poll out there somewhere showing that the second category accounts for 20% of pundits worldwide, and 70% of pundits in the Christian, English-speaking world.

More seriously, what is the overriding agenda? Trashing Islam is about disseminating simplistic ideas that lend support to precise political goals, and it allows supporters of certain aspects of US foreign policy to justify past, present and future mistakes. If American voters can be given the impression that most Muslims are sexist, homophobic, intolerant fanatics who murder and behead at the drop of a hat, then they may just believe that it is necessary to invade countries in which Muslims are the majority — it hardly matters which country, as long as wrecking its political, economic and social fabric serves the primary goals of controlling oil resources, profiting from the arms trade and allowing Israel to feel safe (irrespective of whether its feelings of insecurity correspond to reality).

The primary example of this in recent times was the war in Iraq in 2003, which went ahead despite the largest international anti-war protests that have ever taken place, and which directly contributed to creating extremists on the ground. The perfectly rational idea that the overwhelming majority of Muslims want peace, political freedom, economic comfort and education for their children is far too dangerous for leaders, their advisers and the powerful pundits who support them and disseminate a particular message, as it would require them to look reality in the eye and make decisions based on it.

Earlier last week, previous comments about Islam by Maher led to Reza Aslan’s excoriation of his “unsophisticated” thought process on CNN, which went viral. Aslan is an Iranian American academic and scholar of religions, but Affleck’s contribution to the debate proves that you don’t need to be a specialist or have a PhD to recognize Islamophobia and speak out against it. That Affleck’s passionate defense is so unusual reveals, depressingly, that stereotyping relating to the Middle East, Arabs and Muslims, who are all lumped together as if they were the same thing, has remained unchallenged in mainstream US media, entertainment and television — hopefully until now. 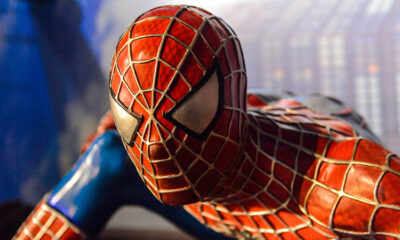