No personality in US entertainment more eagerly accepts the risks caused by stating his opinion than comedian Bill Maher. He’s a humorist who trades in provocative condemnation of the acts and discourse of public figures.

As a declared opponent of political correctness (PC), Maher pursues every opportunity to make people laugh at the trends he observes. He isn’t immune to being serious about the things he believes in, which endears him to those in his audience who share his values, at the cost of appearing sometimes banal and even bigoted to those who don’t. But Maher doesn’t mind; like Donald Trump, provocation is his calling card.

Maher’s latest irreverent comments following the death of Stan Lee have provoked the ire of entire swathes of the American cultural landscape. Lee became famous as the creator of the best known superheroes in modern US comic strip and movie folklore, not only as a writer, but as a charismatic personality who sometimes appeared in the films as an actor.

In some ways, Stan Lee incarnated the American dream, as a creator, successful entrepreneur, builder of a fantasy world (a special form of hyperreality) and a charming, fun personality, a guy everyone (though mostly male) would love to have a beer with.

Maher dared to make this pertinent observation about increasingly hyperreal American culture: “[T]wenty years or so ago … adults decided they didn’t have to give up kid stuff. And so they pretended comic books were actually sophisticated literature.” He titled his article “Adulting” and added this remark: “And now when adults are forced to do grown-up things like buy auto insurance, they call it ‘adulting,’ and act like it’s some giant struggle.”

The occasional effort of taking time out of one’s infinitely prolonged narcissistic adolescence to play a role, inherited from past history, that implied executing tasks associated with the image of responsible parents and citizens

Here is one official definition of the neologism, adulting: “The practice of behaving in a way characteristic of a responsible adult, especially the accomplishment of mundane but necessary tasks.” Even this neutral “scientific” definition implies the existence of an undefined behavioral norm that sees adulthood as a deviation or a degradation. “Normal” for all ages is thus redefined as the permanent psychological state of narcissistic adolescence or childhood.

Stan Lee created a reassuring world of fantasy that Americans were willing to pay for because “it makes them happy.” Lee had the perfect formula: The slightly flawed superhero destined to overcome his (rarely her) failings or uncertainties by mobilizing his (or her) superpowers to defeat manifest evil. Part of the reassuring message can thus be summed up: We may be flawed but the others are evil, god dammit. Superpower, as one analyst and admirer suggests, is essentially a belief in oneself, a basic dogma of the American self-reliance credo and, when detached from reality, a gateway toward narcissism.

Maher’s comments contain no judgment of Stan Lee, his work or even the trendy cultural universe he created through the media he worked in, from comic books to movies. Maher simply attempted to trace a very real transformation in the nation’s culture.

Whereas America’s idealized mythology about the image of a “good citizen” focused in former times on respectable actions and a sense of responsibility within the family and the community, today, as a social trend, it has morphed into the desire to extend infinitely the narcissistic reality of adolescence — that period in everyone’s lifetime when they begin to deal with two competing pressures: The need to define their place in society and the quest to satisfy their emerging and chaotic desires and ambitions. When the balance within a culture idealizes desires and ambitions at the expense of the work of defining one’s identity within the complex network of society, the result is a culture of narcissism.

The defenders of narcissistic culture didn’t waste any time mounting an attack on Bill Maher, accusing him of showing disrespect to the deceased. But Maher was simply describing an aspect of the growing hyperreality of US culture, which, in many observable ways, has lost its bearings — as evidenced by the opioid crisis, the popularity of reality TV, the worship of celebrities, the dependence on social media, the increasing militarization of everyday life (including the PC thought police) and the unmooring of political discourse.

Comic books and superheroes are not the cause. But the dominant role they’ve attained is a symptom. As is the takeover of Halloween by grownups. What was once the quintessential kids’ holiday producing contact with the neighbors and focused on giving has become the adults’ privileged moment for the narcissistic celebration of hyperreality.

Instead of listening to what Bill Maher says about the historical drift in US culture, his critics flex their muscles like a superhero ready to defend the beleaguered victim, Stan Lee, from the evil force that has dared to attack him and their own hyperreal world. 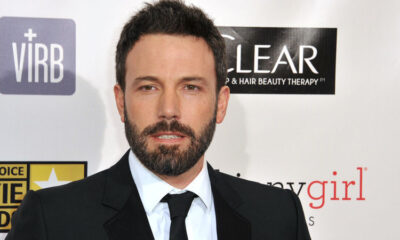