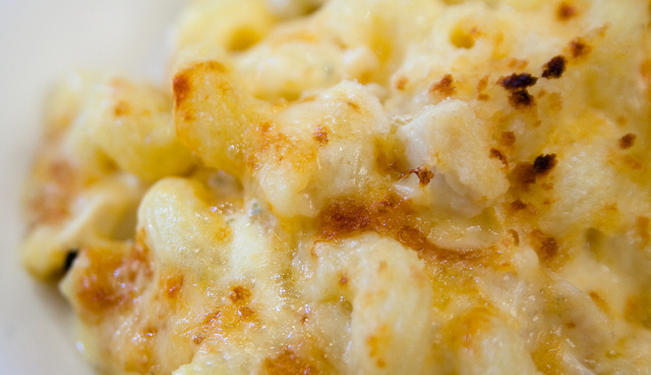 Erinn Waldo explores the intricate and misunderstood part of food in southern American lives. Biases remain against the people because of diet and the generational link between the reputation and hospitality, creating legends around the comforting food of the southern population.

It’s lining a wide plate the size of a pizza. It’s white, oily, covered with all the mozzarella cheese in the package, smothered in marinara from a jar and topped with breaded chicken breast. The next plate after the latter’s disappearance presents a bowl of cold sweetness drenched in chocolate sauce and melting over a cake slice. Does a crime lie in the theft of a tradition and the establishment of a terrible stereotype? The verdict calls for a recollection of the beginning and a reminder that not all American cuisine was simply stolen and tortured into submission.

American food represents much of our mixed and matched heritage, from Swiss cheeses turned American to British born sandwiches stuffed with uncharacteristic red meat. The downfall and the success in this collaboration of spice, tradition, and passed down recipes is the melding of them. What started as an Italian tradition remains as such with the Feast of the Seven Fishes, with the additional Irish cake to follow. Mexican spices somehow wander into pasta dishes; Bulgarian recipes become transformed into simpler versions of themselves, with half the preparation time.

Criticism can only be expected in a land where time is money. Somehow we often forget the Spanish siestas and the late afternoon teatime of the Brits. Still there are regions and times in the United States where food is still an instigator of pleasure and an opportunity for fellowship and company.

In the South – that cozy, romanticized region below the Mason-Dixon Line – people expect substantiality in their cuisine. From generations of struggling farmers and plantation owners came a technique for using leftovers: cram it all into a pan and bake until gooey. A casserole exists for every season and taste: baked ziti with sausage, beef and potato, spaghetti squash and chicken noodle casserole to name a few. Fresh trout and local carp often fry in multiple pools of thick oil, achieving that characteristic southern version of Brits’ fish n’ chips. Rich combinations of apple pie and vanilla ice cream heap over bowls, and tongue-twister names like “carrot cupcakes with white chocolate cream cheese frosting” fill menus. Although the high caloric intake and fat-filled content of southern living does hold up to its stereotype frequently, the cuisine had a simpler purpose at its start.

Many of the foods associated with the South originate from the African slaves, who integrated their traditional foods with their owners’ leftovers. Black-eyed peas, a common ingredient in dishes like “Hoppin’ John”, spread from the West Indies with the original purpose of feeding cattle and slaves. Jewish culture also integrated the tradition of having black-eyed peas as good luck on New Year’s Day. Native Americans, such as the Cherokee and the Chickasaw, implemented local crops into meals that later became creamed corn and fried tomatoes. The sausages that evolved into hot dogs and breakfast meats came from German immigrants in Louisiana, who used every part of the pig possible for food in hard times. Barbecue came from the Spanish love of pork, remaining today in sandwiches such as “Sloppy Joes”. From the barbeque grill comes an even more significant side to southern cuisine.

Since the 19th century, barbecues have been used for Sunday lunches after church, political events, and during the civil rights era as an even ground for races to eat. Barbecue grills break out in the summer, when the heat and humidity calls for picnics and fairs. Around Independence Day, the air around residential neighborhoods carries the faint scent of grilled chicken and hamburgers, sweet corn, and fresh tomatoes. We can grill almost anything, including steaks, melons,and asparagus. If it’s cooked outdoors, in the southern culture, the taste becomes magnified. People still gather on quilts and old lawn chairs like they have done for decades before them, avoiding the smoke of the grill and sharing stories and sweet tea. The distinct spices of barbecue waft up on ribs, chicken,and steak, while hamburgers and chicken breasts grill for waiting sandwich buns and tomato ketchup.

Behind the picturesque barbecues and homey casseroles lies a darker side to the South’s traditions. From the times of wealthy plantations comes a strand of tradition determined to impress and intimidate its neighbors. Up through the later 20th century, families of established standing trained their children in the art of southern hospitality, sometimes then to win spouses and business deals. The charm continues to this day, still sometimes for the same means. Delicate appetizers meant to fill the eye more than the stomach have replaced the casseroles and black-eyed peas. Napkins match plates, which match silverware and cups. Tables set perfectly present light finger foods meant for smaller waists. The hostess greets every soul who walks into the house with kindness and openness, despite any hidden prejudices. A daughter is presented as the hostess’s assistant, and her ability to socialize and take compliments for the food helps determine her standing. A fine line establishes then somewhere between generosity and a desire to please and impress, resulting in a charm and a drama characteristic of the American South.

Food reflects the people who make it, and the hands that provide southern foods contain kindness, sympathy,and encouragement. Chicken potpie and corn bread show up at the steps of the grieving and the expecting, the newly moved in and the soon-to-move out. As congruent with the rest of the nation, our tastes are diverse, blended with a mix of heritage and influence. However, out of this region, no matter where one hails from, people fall into this culture that still embraces and utilizes food for beneficial means. The definition lies in the name; comfort can come from warm, filling suppers that frequented childhoods and are associated with simpler times. It’s this food that brings people together in its enjoyment by the young and old, white or black, poor and wealthy,and continues today to exist as an integral part of southern hospitality.