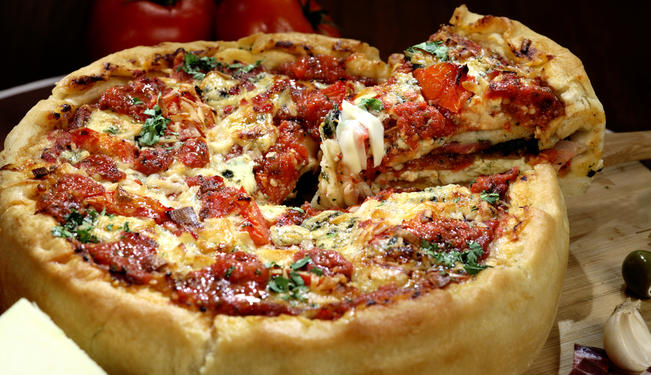 Nick Cizek takes a closer look at the sights and smells of one of the largest food festivals of the world.

Last weekend kicked off the Taste of Chicago, an annual downtown event which runs every summer from June 24-July 3. Chicago’s official website bills it as the “world’s largest free-admission food festival,” making the “Taste” seem falsely quaint.  Odd, then, that on my way to my first Taste ever, a chance meeting with a friend and veteran of the festival brought these words of advice: “Eat a Subway sandwich before you go.” In fact, everyone I talked to beforehand told me to skip it, for one reason or another, offering a taste of Chicago before I even got there. The Subway tip was rational and economical (poor student). Another told me it’s too crowded (the suburbanite). From another, it’s too dirty and smelly (the upper class). You can get whatever you’re going to eat there at a place around the block (the homebody). It’s dangerous (the racist). Skeptical, I searched online reviews. The first comment I found warned me against fat suburbanites who will think it novel to gobble a barbeque turkey drumstick the size of a human leg (the urban snob). Chicagoans from virtually every walk of life advised I get my taste of Chicago somewhere else.

The irony of such a large number of people telling me, based on prior experience, not to go is that, of course, they have all gone at one time or another themselves. And they still go every year, too, or else the new mayor, Rahm Emanuel, wouldn’t have had to cancel the July 3rd fireworks for reasons of crowd control, and event organizers wouldn’t have moved closing time a half hour earlier and catered musical acts to both the older and the very young crowds—skipping teenagers and young adults—in hopes of keeping a bit more order this time around. Despite all the naysayers, the reality of the Taste of Chicago is that it is more popular than ever. Millions come each year, no matter how many say they hate it.

It should come as little surprise, then, that I should feel compelled to go to these festivals, even though I have often professed that I hate them. I’ve never understood the concept of the food festival, especially large ones. What do you do after you’ve eaten, especially at the Taste of Chicago, where, being a young adult myself, the music has been deliberately selected to make me leave? My stomach does not expand in direct proportion to the amount of food I’m surrounded by, and so, whether there are five or fifty vendors in a row, all minus one or two are just for looking. The Taste has nearly 60 different food stalls this year. You could spend all ten days of this year’s festival eating your breakfast, lunch, and dinner at a new food stand and you would still miss half of them. Not that you would want to, unless you like having the same thing for every meal. You wouldn’t detect the homogeneity by scanning the list of restaurants (Bobak’s, La Justicia, Lou Malnati’s), but the menu items (pizza, sausage, chicken wings, pizza, sausage, and so on) all blur together into one long food court medley. I thought I finally found an exception when I spotted C’est Si Bon! in the distance, until I got close enough to see the spicy chicken wingettes and collard green egg rolls.

Phil Vettel of the Chicago Tribune has been covering the event for 28 years, and the headline of one of his articles from this season reads: “How to Write Something New About the Taste of Chicago.” He decided to introduce the event by way of a tour through the Kubler-Ross Five Stages of Grief. In the fourth stage, Depression, he laments Taste’s being an “unstoppable machine, as predictable as an escalator ride and about as surprising.” You could argue that none of this matters, since, realistically, we’re all only having one meal here anyway. But how to choose? With Chicago being the proud host, branding its name across every entrance, something uniquely Chicago would seem appropriate.

Your decision, however, depends less on what food Chicago makes as much as on what you make of Chicago. For those who like to think of Chicago as a working-class city and hog butcher to the world, who romanticize the neighborhood heritage, with its mom-and-pop stores and street markets, Bobak’s Sausage Company will do fine. Make it a Maxwell Street Polish, named for the market that used to take place there, topped with onions, mustard and peppers. For those who celebrate the tradition of ordering in, at least five stands offer basically the same slice of Chicago-style deep dish pizza. Those that see Chicago as one of the food capitals of the world might appreciate the wine bar and accompanying jazz combo. Even the skeptics who claim that a true Chicagoan would most likely buy groceries can find peace in knowing that one of Chicago’s major supermarkets has built a large presence with several stalls at this year’s Taste.

Still, that nagging question remains: Why am I here? If I were looking for the authentic Chicago, I’ve come to the wrong place. And then I realize this is exactly the point. The Taste provides an escape, not so much to some vacation paradise as to an alternate, dream-version of the city, just as loud and uncomfortable but better.

American cities do not work the way Taste does. Cars come first on the street, especially a wide, multi-lane one like Columbus Drive, which acts as the main thoroughfare of the festival. But during taste, only pedestrians roam, the stoplights and walk signals unheeded, mere background lighting for the show. And, while the throngs of people hold court, the usually rushed ritual of selecting a meal is lingered over and savored, like the meal itself. A dominant chain is nowhere to be found. McDonald’s is relegated to a side street, and forced to be content with only one location.

The demography gets reshaped in a way that is just as unlikely. Being the biggest free-admission food festival in the world means that no restaurant can be shunted off from the masses. Chicago remains a notoriously segregated city, but at the Taste, Harold’s Chicken, a south-side mainstay, enjoys a central location, just across from the wine and jazz. Racial and cultural mismatches and misunderstandings occur everywhere at Taste. I watched as a black woman ordered a Polish sausage at Kasia’s, which advertised its “Old World Goodness” (since 1982). The Polish woman behind the counter stared incredulously as her customer asked for the sausage without anything on it—no onions, no kraut. She then looked at me, next in line, with a smile on her face, looking for some sort of empathy for this misguided order. I gave her back what she wanted, a shake of the head in feigned disbelief, all the while scrambling to rethink my order, mentally adding all the toppings after having planned on ordering a sausage with nothing on it.