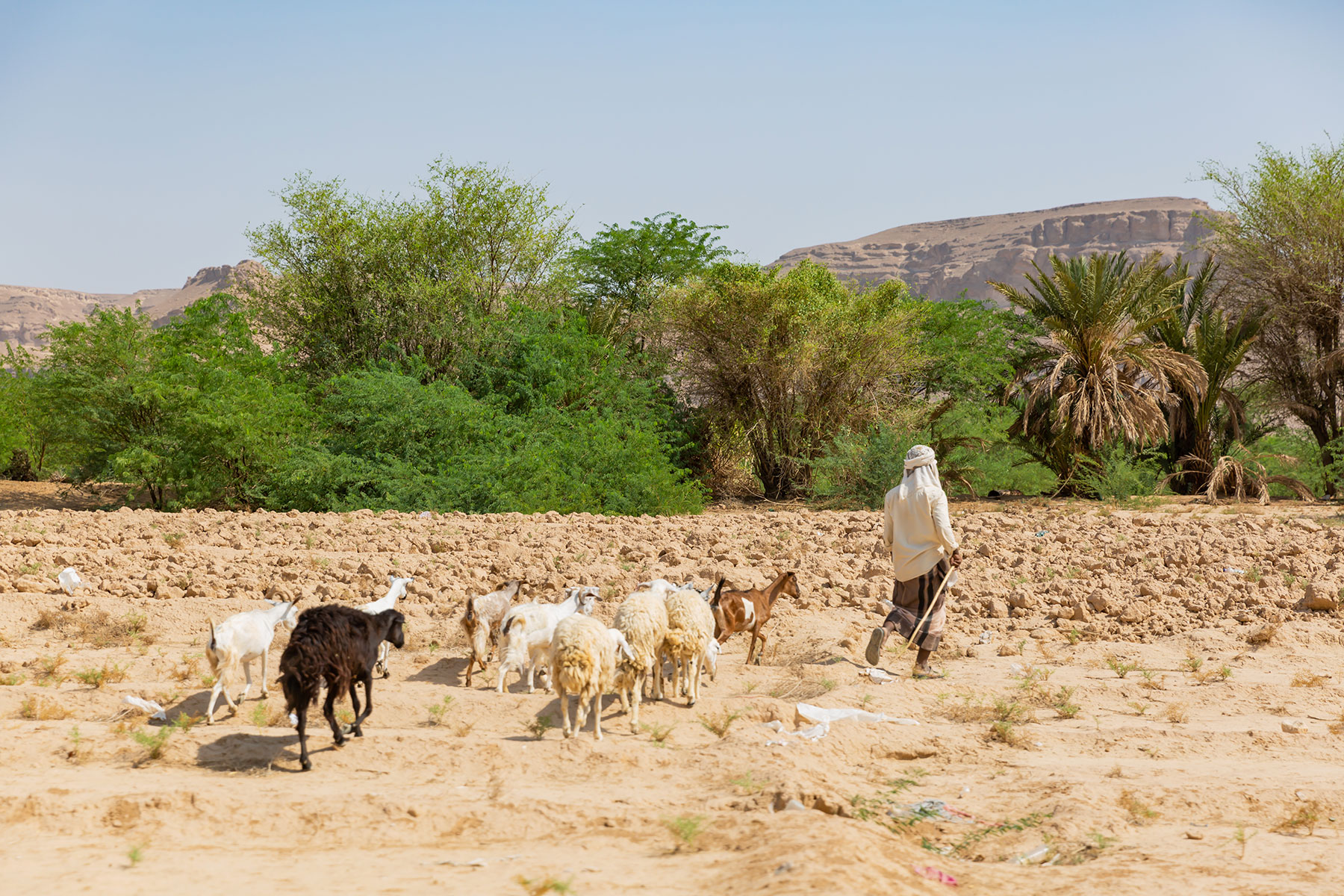 Surprisingly, ending the war in, or rather on, Yemen is no longer an immediate concern. The gratuitous violence can continue, for there are now other priorities, or so we are told. Amongst them are development and fostering resilience, whatever these mean amidst an ongoing war. Wars do not have to come to an end. “Fragility, conflict, and violence (FCV) has become the new development frontier,” reads a concept note by the World Bank. Once again, development agencies in Yemen are failing to walk the line between development and de-development. Have developmental interventions become an instrument of subjection and keeping countries of the agrarian south in check?

Throughout the war, international policymakers have overemphasized the role of the private sector in addressing Yemen’s severe food crisis, insofar as they have tirelessly insisted since the late 1960s that opening the local market to unrestricted food imports would feed a growing population and drive economic growth. Commercial staple food imports — as well as food assistance — are vital during the war.

However, be that as it may, the role of commercial food importers in postwar, post-neoliberalism Yemen must not be blown out of proportion. Reducing Yemen’s deep agrarian and rural social crisis to wartime and postwar commercial food import issues shows that the root causes of the country’s severe food crisis continue to be gravely misunderstood or deliberately overlooked.

To begin with, Yemen’s absurd, inordinate dependence on staple food imports is but a consequence of bad policy. Regrettably, it was a policy that failed to preserve the rural sector’s productivity, let alone stimulating it and accumulating wealth. Rehashing past failed agricultural development policies is evidence of two distributing realities.

The first is Yemeni elites’ lack of capacity to imagine alternative paths of development in Yemen. The second is international policymakers’ position that developed countries exclusively can adopt national agricultural policy frameworks that avowedly control food supply through production and import controls and pricing mechanisms, whereas developing countries cannot do the same to support their agriculture sector.

To end this long deadlock between Yemen’s autonomy and global capitalism, perhaps one ought to draw attention to India’s social struggle for inspiration and lessons.

It is not in Yemen’s national interest to continue ignoring its small and marginalized farmers. In a rural society like Yemen, they are the engine of a healthy economy. The vast majority of the population continues to live in rural Yemen. Current official estimates put Yemen’s rural population at about 70%. This reality limits the role of the private sector in sustaining rural livelihoods. While some might argue that Yemen’s private sector should not be viewed as a monolith, consisting only of large conglomerates, to lump smallholding agriculture and agricultural commercialization together under the umbrella of the private sector is fundamentally flawed.

Small farmers in Yemen are subsistence households, each representing a domestic unit of agricultural production that is economically self-sufficient and combines production and consumption functions. This rural social organization is not the same as one where farmers are reduced to landless, wage earners. Thus, small and marginalized farmers cannot be pigeonholed as private sector actors. Worse is to drop them from the economic equation altogether, especially in so-called developing countries.

Without making this fundamental distinction between smallholding agriculture in Yemen and private sector activity, and without understanding why domestic food production is a matter of national priority to Yemeni citizens, Yemeni elites and international policymakers alike will continue to bungle the task of putting the country on the right path to development.

Many seem to think of Yemen as a big chicken farm that only needs to be fed somehow. They do not understand, or do not want to understand, that at issue is food sovereignty as well as food security. Yemen is a sovereign nation. Yemenis are a people who have the right, needless to say, to choose what to farm, how to farm and how to define the relationship between their local market and the international market. Choosing whether to eat homegrown sorghum or imported wheat is a fundamental national question of utmost importance, not a trade finance problem.

Private sector activity is not an economic activity that occurs in an empty space; it occurs within social spheres. It impacts domestic production, changes the modes of production within a society and, consequently, remolds all social formations and economic relations. Agrarian changes are social changes. One cannot discuss private sector activity and commercial food imports in isolation from their long-term social impacts. This is lesson number one from five decades of steady economic decline and social regress. It is Yemen’s rural population that has marched down the road to impoverishment and starvation, and they know exactly how — but not why — they got there in the first place. In rural Yemen, lives and land are at stake.

Millions of people in Yemen are famished neither because of the war nor because the private sector is unable to import enough staple foods, in spite of significant and critical wartime challenges. Yemenis are starving because the country has systematically lost its long-standing ability to produce food, particularly staple grains. The magnitude of production losses in Yemen’s agriculture sector has fundamentally limited the economy’s resilience to shocks. Economic resilience is the ability of the country’s main productive forces to cope, recover and reconstruct. How can you cripple a country’s most tangible, corporeal and immediate branch of production and, at the same time, foster resilience? Speaking of resilience of an incapacitated agriculture sector is a logical fallacy and is, therefore, meaningless and a distraction from the real problem.

According to the Food and Agriculture Organization Corporate Statistical Database (FAOSTAT), Yemen produced on its domestic soil on average 98% of its grains during 1961-65; namely, sorghum, millet, barley, maize and wheat, in this order. Sorghum production in Yemen peaked at 921,000 tons in 1975. In sharp contrast, the country domestically produced on average only 18% of its total supply of the same grains during 2011-15 and imported the rest. By 2015, the production of sorghum had plummeted to 221,510 tons. To make an already alarming situation unmanageable, the ongoing war more than halved Yemen’s total domestic grain production. Most notably, sorghum production reached a record low of 162,277 tons in 2016, followed by another record low of 155,722 tons in 2018. Yet, some still argue that this decline is due to population growth, not policy.

In a country that primarily produces and consumes sorghum — the traditional staple of man and beast in Yemen — millet and barley, an over 80% dependency on imported wheat is evidently catastrophic during war and peace. This is a well-documented socioeconomic problem. In its 2004 edition of “The State of Food and Agriculture,” the Food and Agriculture Organization (FAO) noted that the long-term damaging impact of the loss of domestic food production and exposure to price volatility on individual countries outweigh the plausible short-lived collective benefits: “Lower international prices have moderated the food import bills of developing countries, which, as a group, are now net food importers. However, although lower basic food prices on international markets bring short-term benefits to net food-importing developing countries, lower international prices can also have negative impacts on domestic production in developing countries that might have lingering effects on their food security.”

The heart of the matter is that the agriculture sector is the country’s main productive force. Unchecked private internationally integrated capital has destroyed Yemen’s rural capital and silenced the interests of the country’s sizable rural population. Further, the malintegration of Yemen’s local food market with global markets has jeopardized the country’s economic independence and prevented any real development in Yemen.

There is great, non-monetary economic and social value in reclaiming and revalorizing Yemen’s domestic food production and rebuilding its basic rural infrastructure. Domestic food production is too important to Yemenis to be addressed as an afterthought. At issue is not how to procure wheat from international markets, but how to stop the hemorrhage of surpluses out of the agriculture sector.

What serves Yemen’s national interest is to refrain from calling for increasing the country’s dependency on speculative, volatile international food markets; imposing in the guise of development and economic resilience policies that undermine the country’s ability to domestically produce adequate food for local consumption; overstating the benefits of export-oriented agriculture and cash cropping more broadly; and overlooking or downplaying the role of smallholders in generating abundant jobs and sustaining rural infrastructure. In a nutshell, any serious discussion of Yemen’s food security crisis must take into account ecological sustainability, rural livelihoods and both food security and sovereignty in the long term.

Yemeni farmers do not yet fully understand why policymakers and development practitioners insist on promoting imports and more broadly large commercial activity, at a time when the whole world is prioritizing the opposite of these dictates: strengthening self-reliance, planning and regulating limited resources, and minimizing local markets’ exposure. Yemeni struggle has not yet reached the level of political awareness seen in India during its 2020-21 farmers’ protests. To get there, we must understand one point: tying the rural sector’s destiny to large commercial organizations cannot lead to any real growth and prosperity of the entire population.

Indian farmers inspire us to rethink development paradigms in Yemen, for there is more to farming than exporting bananas and onions to Saudi Arabia, and there is more to the role of the private sector in national development than flooding local markets with wheat from Australia, Russia, the United States, France and other international source markets, or even import substitution. 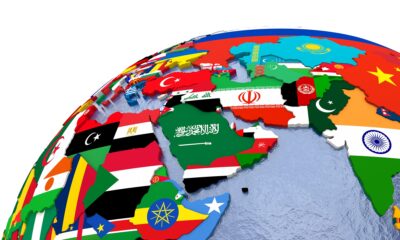