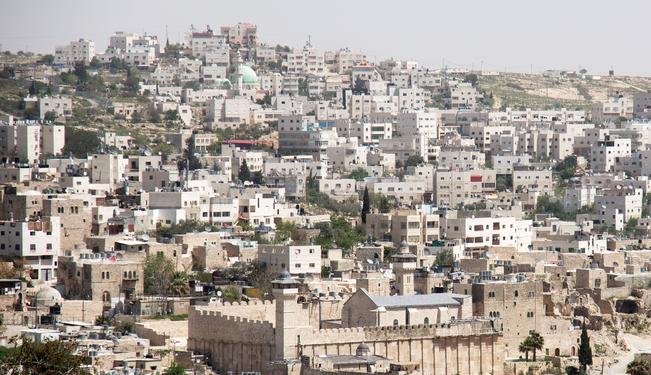 Is a federation of Israel-Palestine the way forward?

When it comes to finding an agreement between Israel and Palestine, there are two main currents: the one state solution or the two-state solution.

Yehuda Schwartz, an Israeli citizen, believes in neither. Why is one state impossible? The answer is factual and quite simple: There are two peoples, with their own history, traditions, laws, and their own culture. Palestinians cannot be recognized as full citizens of a Jewish state, and Jews have developed a political consciousness making it necessary for them to have their own state.

Two states could be a solution if a partition of the territory was possible. However, both people consider the entire land either “Israel” or “Palestine.” This is not a conventional conflict because it is not a border conflict but a legitimacy conflict — because the claim is for the entire and same territory, so there cannot be a conventional solution.

It is safe to say in these circumstances that the problem is a territorial one. Schwartz proposes a draft of a constitution for a Federation of Israel-Palestine that is based on this fact.

A federation should have two different sovereignties, one for the Israelis, one for the Palestinians, with a third supranational sovereignty: a federal government. Communities could be autonomous with a global federal power above them. Everything connected to territory and land, such as border defense, water supplies or natural resources, would be dealt with by the federal government to ensure equality. It is a way of resolving the question of one state or two states by doing something that is both at the same time.

This conflict could be resolved if all agreed that the land belongs to both peoples, that both peoples accept to lose total sovereignty over the land. A religious belief both in Judaism and Islam can bring people together by agreeing that the land belongs to God, who is the only sovereign. The federation would be a supranational authority that owns the land, which is a way of saying the land is owned by God and not by the nation. In other words, the federation would be a political translation of this religious belief.

How to Organize the Federation

The draft of a constitution for a Federation of Israel-Palestine lays down the main principals without going into many details, as those will have to be dealt with by a constitutional assembly and decided by the voters.

The important thing is that there are local elections, national elections, and federal elections. Federal representatives must be voted for by the entire population of the federation, and they should have a global point of view, and not focus on national interest, as that will be dealt with by the national parliaments.

The map proposed by Schwartz for the districts is based on today’s demography. However, if there are many immigrants as a result of the creation of the federation, such as the return of Palestinian refugees or an increasing Jewish immigration, demography may shift.

But a change of demography is not a political problem in the federation because there are no political borders — the districts are administrative ones only. Therefore, districts will be under Israeli or Palestinian rule: for example a Palestinian living in an Israeli district must obey the law of the Israeli district, can take part in local elections, and will pay local taxes.

Some communities and minorities might want to be independent and have there own districts, for example, Orthodox Jews might want an autonomy based on the Halakha (religious law).

Plurality should be encouraged, but it should also be the mission of the federal state to impose limits so as to ensure the respect of human rights, which is far from easy, as the federal state could be seen by certain communities as being too oppressive.

How to Create the Federation

How do you get from the current situation to a federal state? A referendum could be difficult because the current Israeli and Palestinian governments would have to agree. The idea is to create local projects, joint industrial zones on the Green Line as well, or creating a cultural center.

In order to put the districts in place, negotiations about territory exchanges will need to take place with the local populations, supervised by a joint authority, which has to be accepted to enable the federation to be created. Joint patrols with settlers and Palestinian neighbors can be organized to maintain order in the West Bank. Therefore, democracy must be used to its fullest and political parties with two branches, one Israeli and one Palestinian, will be created.

How to deal with Hamas in Gaza? There are several possibilities to deal with the situation. At first, the federation could be created only with the West Bank. Then the federal government should ask the authority in Gaza to do a referendum there, and if they refuse, the federation could have the option of invading and annexing Gaza, and then organizing free elections. This shows that a federation might not just come from peace talks, but could also be the result of a military confrontation — even a war.

One important question when discussing the proposal is that of the army. The difference between a confederation of two states and a federation, is that in a federation, there is one unique army. Who will be permitted to join the army? If the federation provides equal rights to both nations, the obvious answer should be everybody.

However, it is possible to argue that Israeli-Palestinian parity in the army might be a handicap to the federation at the start. The army serves to protect against external threats, which will mainly come from the surrounding Arab states. However, Palestinians are a part of a larger Arab nation. Would they fight against fellow Arabs, would they feel like they have to act against their own nation?

Schwartz proposes that the IDF should serve as the army of the federation at the start, until peace is achieved with surrounding Arab countries. Step by step, Palestinian units and mixed units could be incorporated so as to form a fully federal army. There could be an agreement saying that when peace treaties are signed with Arab nations, more and more Palestinians can enter the army, until there is a universal peace with all Arab and Muslim countries.

The creation of a federation will not provide a 100 percent chance of achieving peace with surrounding countries. However, Arab states will be less likely to attack a state that is Arab and Jewish as opposed to than a state that is exclusively Jewish. If the Palestinian people agree on creating a federation, it will be impossible for the surrounding states to attack the federation on the grounds of protecting the interest of members of the Arab nation.

Of course, all of this is hypothetical, and makes absolutely no sense if it is impossible to imagine both peoples living in peace together. Schwartz believes that being a federation multiplies the strength of a country. He says: “What could encourage the creation of a federation would be to see that it is a win-win situation, not to look at what can be lost, but to look at what will be won.”

*[This article was originally published by the Palestine-Israel Journal.]