Amid domestic and international pressure, Qatar has failed to radically reform its sponsorship system.

Never missing an opportunity to shoot itself in the foot, Qatar has adopted a new law that is likely to convince critics that it aims to put a friendly face on its kafala (sponsorship) system, rather than radically reform a legal framework that has been dubbed modern slavery.

Qatar has been under pressure since winning the hosting rights for the 2022 FIFA World Cup to reform, if not abolish the kafala system, which puts workers at the mercy of their employer. Requirements that employees obtain permission from their employer to switch jobs or travel abroad were among the main provisions of the sponsorship system targeted by activists.

The new law streamlines procedures, but does not fundamentally change them. Under the new law, employees can seek new employment once their labor contract has expired rather than at any given point. (Although the law has been signed by Qatar’s ruler, Sheikh Tamim bin Hamad al-Thani, it will only take effect after a year.)

The law abolishes the requirement that employees leave the country for two years before seeking new employment in Qatar if an employer refuses to grant a no objection certificate. Employees who want to switch jobs before the termination of their labor contract would still need to obtain permission from their sponsors, as well as the Ministries of Interior and Labor. Employees with open-ended contracts would only be allowed to switch jobs after having served five years.

The law states that in order to obtain an exit visa, employees must inform the Ministry of Interior three days before their planned departure. The ministry rather than the employee would then obtain the employer’s consent. The law also grants employees the right to appeal if the employer refuses permission.

Qatar earlier adopted a law that comes into effect next week, which obliges employers to pay salaries and wages by bank transfer to ensure on-time payment of workers.

Qatar’s labor system is a focal point of widespread criticism due to the awarding of the 2022 FIFA World Cup. Despite Qatar’s slow and disappointing moves to reform its labor system, the awarding of hosting rights has already sparked change that has, so far, failed to convince critics of the state’s sincerity in the absence of measures that amount to more than a streamlining of the existing framework.

In response to criticism, Qatar has, in contrast with other Gulf countries that bar entry to foreign activists and imprison local critics, engaged with international trade unions and human rights groups. Several Qatari institutions, including the 2022 Supreme Committee for Delivery and Legacy, the Qatar Foundation and Qatar Rail, developed in consultation with international organizations standards that significantly improve the working and living conditions of migrant workers, who constitute a majority of Qatar’s population. Activists had expected those standards to be enshrined in law. Domestic and International Pressure on Qatar

Perceptions that Qatar is not serious about fundamental reform of its labor system are reinforced by opposition to change by many Qataris, who fear that they as a minority in their own country will see their culture diluted and lose control of their society.

Opposition has expressed itself in, for example, demands for greater segregation of migrant workers, who largely leave their families behind to seek employment in Qatar. Doha’s Central Municipal Council (CMC) recently called on the government to enforce more strictly a five-year-old ban on blue-collar workers living in neighborhoods populated primarily by families.

CMC member Fatima Ahmed al-Jaham al-Kuwari told Doha News that male workers had stood outside of her house in transparent undergarments, and that some women had complained that they were being watched from building windows while they held private parties in their backyards. Kuwari asserted that migrant workers harmed the infrastructure and increased pressure on local electricity grids.

She also demanded that measures be taken to ensure landlords and their tenants respect the “customs and traditions of the Qatari society.”

Writing in The Peninsula, an English-language Qatari daily, journalist Rashed al-Audah al-Fadeh charged that “these bachelor workers are threatening the privacy and comfort of families, spreading like a deadly epidemic that eats through our social fabric.”

Kuwari and Fadeh were not only highlighting widespread concern among Qataris, but also the fact that the government is caught between a rock and a hard place. International pressure, coupled with the fallout of the FIFA corruption scandal, demands that Qatar respond quickly and forcefully to labor criticism. Domestic opposition forces the government to move gingerly.

The government has, so far, maneuvered that field of tension poorly. Critics charge that it could have taken clear steps rather than gradually increase the number of labor inspectors to enforce existing rules and regulations, which would have conveyed sincerity while at the same time reassuring Qataris.

One reason Qatar has been reluctant to abolish the exit visa is the fact that the Gulf state has few extradition treaties with other countries. As a result, businessmen who hire foreigners to operate their businesses and give senior managers access to company bank accounts fear a manager could empty an account and skip the country.

Critics suggest the government could have addressed that concern by offering businesses a system modeled on the Federal Deposit Insurance Company (FDIC) in the United States, which guarantees bank deposits up to a certain amount.

In response to the new labor law, Sharan Burrow, the general secretary of the International Trade Union Confederation, charged that it added a new layer of repression for migrant workers: “Promises of reform have been used as a smokescreen to draw in companies and governments to do business in Qatar as the government rolls out massive infrastructure developments to host the 2022 FIFA World Cup.” 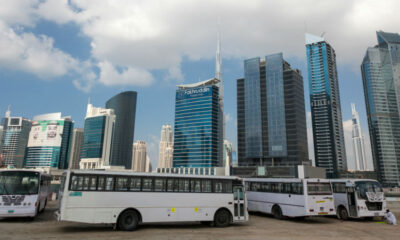 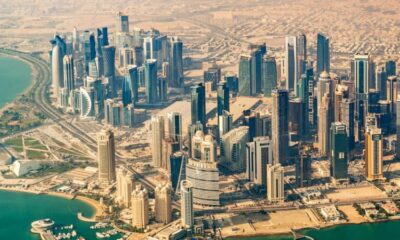 World Cup Sparks Labor Reform, But Not in Qatar