To many in the Gulf, labor reform is a Pandora’s Box—particularly with much-needed economic reforms ahead of a post-oil age.

The 2022 FIFA World Cup may be sparking social change in the Gulf, but not (yet) in Qatar. Qatar’s winning of the hosting rights for the World Cup gave human rights and trade union activists the leverage they needed to more effectively pressure the Gulf state for reform of its controversial kafala (labor sponsorship) system, which puts employees at the mercy of their employers.

While focused on Qatar, the campaign also targeted other Gulf states and prompted activists to focus on high-profile construction projects like sites for Western museums and universities in the United Arab Emirates (UAE). It also motivated countries across the region to tinker with their labor systems. While Qatar made lofty promises of reform and engaged with its critics, the UAE and other Gulf states rejected criticism and barred activists from entry to their countries.

Now, however, as Qatar continues to dither, the UAE has decreed the very reforms Doha has yet to implement nationwide, and a prominent Saudi intellectual has called for abolition of kafala in the Kingdom of Saudi Arabia. Kuwait recently became the first Gulf state to pass legislation granting domestic workers greater rights. By contrast, in September, students denounced conditions for workers at Weill Cornell Medical College in Doha.

The UAE move and public debate in other Gulf states deprives Qatar—a supporter of change across the Middle East and North Africa with the exception of the Gulf—of its claim to be on the cutting edge of transition in the region. It also casts further doubt on the sincerity of Qatar’s promises.

Qatar has promised to pass legislation by the end of 2015 that would ease procedures for exit visas and improve recruitment, housing and working conditions for migrant workers, who constitute a majority of the Gulf state’s population.

Several major Qatari institutions, including the 2022 Supreme Committee for Delivery and Legacy and the Qatar Foundation, have adopted standards that go a far way to meet activists’ demands, but these have yet to be enshrined in national law. Qatar has suggested that its emir, Sheikh Tamim bin Hamad bin Khalifa al-Thani, would approve legislation by the end of this year.

Sharon Burrow, the secretary general of International Trade Union Confederation (ITUC), noted after a visit to Oman in September that the Gulf state had just about as many migrant workers as Qatar does, but that its laws did not discriminate between Omani and foreign workers even though Omanis, migrant workers and Western expatriates have different contract terms. Burrow further noted that in contrast to Qatar, workers were allowed to unionize and elect their leaders and were accorded “humane accommodation.”

“In Oman, you feel optimism and the hope of a shared future. In Qatar, you feel discrimination, denial and a master-servant relationship. Common region, shared cultures, neighbors—why the difference?” Burrow asked.

Leaving Qatar looking like a straggler, the UAE has decreed labor reforms that aim to tighten oversight of employment agreements for migrant workers, with the exception of domestic labor. The decrees focus on improving transparency of job terms and employment contracts, spell out how contracts can be broken and could make it easier for workers to switch employers.

Under the new policies, prospective workers would be asked to sign a standard employment offer in their home country, which would in turn be filed with the Labor Ministry before a work permit is issued. That agreement would then be registered as a legal contract once the worker arrives in the country, and no changes would be allowed unless they extend additional benefits that the worker agrees to. Contracts can be broken by either side under certain circumstances, and workers would be free to switch to a new employer after obtaining authorization from the Labor Ministry.

In Saudi Arabia, Khaled Almaeena, a prominent Saudi journalist, called recently for the abolition of the kafala system in the kingdom. Noting that his repeated efforts to get ministers to focus on labor reform had gone unheeded, Almaeena recently wrote: “A media campaign should be conducted and people, both the workers and the employees, should be made aware of their rights and obligations. Contracts should be lodged with the Ministry of Labor rather than with employers. And the kafala system must go.” The push for reform in the Gulf is about more than ensuring adherence to international labor standards. In the smaller Gulf states, it raises the specter of giving rights to a majority of the population against the backdrop of a minority citizenry that fears losing control of its culture and way of life.

Concern is heightened by the fact that the social contract in Gulf states that involves surrender of political rights in exchange for a cradle-to-grave welfare system is fraying at the edges. Faced with population growth and reduced oil revenues, Gulf states have begun to roll back subsidies, sparking sharp rises of food prices in Bahrain and bringing fuel prices in the UAE to world market levels. Oman is mulling over the raising of fuel prices, while Kuwait is looking at the introduction of a value added tax and road tolls.

To many in the Gulf, labor reform is a Pandora’s Box—not only in terms of potentially laying the groundwork for foreigners demanding ever more rights, but also with regard to badly needed economic reforms in preparation of a post-oil age. Newborns in all Gulf states—with the exception of Qatar and Kuwait—are expected to witness their countries running out of fossil energy resources within their lifetimes.

Reforms would have to rebalance the relationship between the state and a private sector that remains dependent on governments. They would also have to restructure labor markets in which citizens—who largely enjoy comfortable government jobs—would have to compete with expatriates who are likely to sell their services at a lower price. As a result, Kuwait has moved to subsidize salaries of Kuwaitis employed in the private sector.

Inevitably, the reforms will be building blocks for a move from a rentier to a productive economy, in which citizens become productive rather than entitled members of society. That could spark greater interest in political change.

That change is inevitable and is likely with or without the 2022 FIFA World Cup. The tournament, however, is proving to be a catalyst. 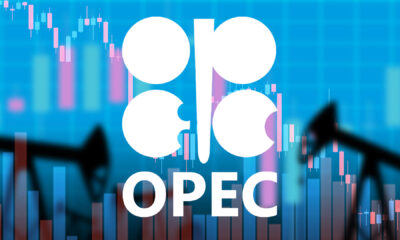 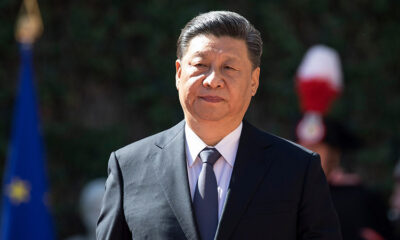