In 2020, 24.3 million people, or 80% of the population in Yemen, were at risk of hunger and disease, with 14.4 million in acute need of assistance. A political solution is necessary to end the war and achieve lasting peace. This may take time. The international community must provide the necessary funding for the various UN agencies, the World Bank and NGOs on the ground. In the long term, Yemen will need continued funding and support to rebuild its infrastructure that has been devastated by the war. In addition to addressing the humanitarian crisis, investing in Yemen is important to the stability of the region.

Yemen has suffered the world’s most severe humanitarian crisis since 2017. Nearly a quarter of a million people have died, over half from indirect causes such as a lack of food, health services or necessary infrastructure. As Abeer Fowzi, the deputy nutrition coordinator at the International Rescue Committee, has put it, “Never before have Yemenis faced so little support from the international community — or so many simultaneous challenges.” The conflict, which began in 2014, has devastated Yemen’s economy. The Yemeni rial has depreciated to an all-time low, making essential goods unaffordable. Foreign reserves, necessary to maintain the stability of a currency, have dried up.

In addition to dealing with the economic costs of war, external factors like the COVID-19 crisis and increases in oil prices have created further barriers. Remittances are down 70%, largely due to decreased wages abroad caused by the pandemic. At the same time, a spike in international oil prices has created fuel shortages, particularly in the northern governorates. Decreased mobility has created a barrier to delivering goods and services while constraining access to income opportunities. Overall, reducing the ease of transport has limited basic commerce and increased the difficulty of delivering humanitarian aid while reducing access to critical hospital care.

The war between the Yemeni government and the Houthi rebels sparked a humanitarian crisis, and the economic crisis has made the situation more desperate. Yemen was already the poorest country in the Arab world before the war broke out in 2014. Deteriorating economic conditions could leave Yemen the poorest country in the world this year if a peace deal is not reached and critical humanitarian aid is not delivered.

The economic effects of war combined with a strong dependency on imports have forced the country to be highly reliant on international humanitarian aid. This has proved to be a challenge in 2020. Of the $3.4 billion required by the UN, $1.5 billion — less than half — has been delivered as of December 2020. Donor country budget constrictions due to the pandemic are largely to blame.

“This is the worst humanitarian crisis in the world, yet we don’t have the resources we need to save the people who are suffering and will die if we don’t help. The consequences of underfunding are immediate, enormous and devastating. Nearly every humanitarian worker has had to tell a hungry family or someone who is ill that we can’t help them because we don’t have funding,” said Lise Grande, humanitarian coordinator for Yemen, in a statement in September.

Until the Yemeni government and Houthi rebels reach peace, Yemen will continue to rely on external actors to prevent further loss of life. Donor countries should continue their financial commitments in order for immediate humanitarian aid to be delivered. The World Bank plays a crucial role in Yemen, providing $1.8 billion in emergency interventions. Support for these projects is vital: If the current trajectory continues, the number of food-insecure people could reach 17 million, or nearly two-thirds of the population.

Immigration restrictions provide yet another obstacle. Remittances from abroad play a considerable role in the country’s economy. As the rial continues to weaken, foreign currency sent by Yemenis abroad is essential for basic necessities. As the newly sworn-in Biden administration lifts the “Muslim ban,” it will make it easier for Yemenis to establish themselves in the United States and provide remittances for their families at home, in addition to providing another lifeline to the 3.6 million Yemeni refugees.

Until the Violence Stops

Full economic recovery is not possible until the violence stops. However, foreign exchange injections are critical to stabilizing the rial in the meantime. If Yemen can increase its foreign exchange reserves, inflation will decrease, making basic goods and services affordable. In the long term, Yemen, like many war-torn countries, will need more than humanitarian aid to achieve stability. Funding should be used toward rebuilding hospitals; nearly one in five districts currently lack doctors. Rebuilding the broken education system is also a critical infrastructure project. Almost 2 million children are out of school, and three-quarters of public-school teachers across 11 governorates have gone without pay for two years.

A vital step to economic stability is a stable central bank. Because the Houthi rebels were able to seize the capital Sanaa, the Yemeni government relocated the central bank to the port city of Aden, essentially dividing the bank in two. The new location is under constant attack. Earlier this year, southern separatists seized a consignment of $20 million intended for the central bank. Unifying the divided banks will not be likely until peace is achieved.

While millions of Yemenis anxiously await a resolution to the conflict, now in its seventh year, donor countries must do their part to mitigate the humanitarian catastrophe. If peace is reached, for Yemen to fully recover from the economic devastation of war, it will need help beyond humanitarian aid: rebuilding its schools, hospitals, roads, government infrastructure and cultural institutions — everything that is critical to future generations and a self-sufficient economy. Investing in Yemen is a commitment not only to ending the most devastating humanitarian crisis of our time, but also to the future stability of the Middle East. 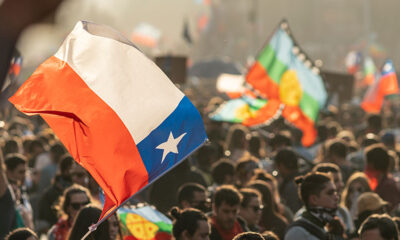 Will Chile Listen to Its People?