The Pakistani parliament’s resolution on Yemen served to remind the GCC that Pakistan is a South Asian Muslim power, not an Arab one.

Aitzaz Ahsan, a prominent member of Pakistan’s opposition, once wrote: “We [Pakistan] are, and very much remain, a South Asian Muslim country: sharing aspirations and history with India—due process, habeas corpus, mandamus, certiorari. We are not a Middle Eastern Arab Muslim country.”

Such words have some bearing on the April 10 resolution—passed by the Pakistani parliament and endorsed by Prime Minister Nawaz Sharif—to avoid taking sides in the Yemeni conflict.

For all intents and purposes, it appears highly unlikely that Pakistan’s army will enter the fray in Yemen. Pakistan’s somewhat neutral position vis-à-vis the Yemeni crisis has confounded “Pakistani watchers” in the West. Islamabad’s stance is understood as a means of balancing Pakistan’s relations with Saudi Arabia and neighboring Iran, while countering the risk of heightening sectarian tension, given the staunch opposition to Riyadh’s war in Yemen on the part of Pakistan’s Shiite minority and the government’s efforts to combat terrorism. In its more blatant interpretations, the Pakistani government’s position is viewed as a betrayal, given Islamabad’s reliance on Saudi Arabia and other Gulf Cooperation Council (GCC) members for economic and energy assistance.

Nonetheless, many analysts and commentators who are surprised by the Pakistani parliament’s resolution ignore Pakistan’s historical ties with non-Arab Muslim countries—most notably Iran and Turkey—that transcend (or at least stand on par with) the religious affinity toward the Sunni Arab countries. A reflection on the history of Pakistan’s post-war foreign policy sheds light on Islamabad’s decision to avoid contributing ground troops to the Saudi Arabian-led military campaign in Yemen.

The Baghdad Pact to the OIC

After Pakistan championed pan-Islamic causes for a decade, by 1955, the country’s foreign policy shifted to a more openly pro-Western position in the evolving Cold War. This shift was most underscored by Pakistan’s joining of the Baghdad Pact (CENTO) and the Southeast Asia Treaty Organization (SEATO). The Suez crisis of 1956, in which Pakistan was also a member of the Commonwealth, led to the estrangement of Pakistani-Egyptian ties, as well as Pakistan being denied membership within the Afro-Asian Community.

In 1964, Pakistan, Iran and Turkey signed the Regional Cooperation for Development (RCD), which was a multinational organization aimed at fostering socioeconomic development in each member state. This growing economic and cultural exchange between the three nations persisted until it was weakened by certain developments—Ankara’s aspirations to join the European Economic Community (EEC) in the 1960s, the loss of East Pakistan in 1971 and Iran’s oil boom in the 1970s.

The ascent of Pakistan’s Peoples Party (PPP) in 1971, under the leadership of Zulfikar Ali Bhutto, promised a new Islamic Socialist narrative: “Islam is our Religion; Democracy is our Politics; Socialism is our Economy; Power Lies with the People.” Concerted efforts were thenceforth made to mend fences with the causes espoused by the Organization of Islamic Cooperation (OIC) and the Non-Aligned Movement (NAM), beginning with the Lahore Conference in 1974 and culminating in admission to the NAM at the Havana Summit in 1979.

Nonetheless, the interregnum had witnessed increased official cash flows from Saudi Arabia to Islamist parties in Pakistan. Not lost in the equation were increasing remittances from unskilled Pakistani laborers in the Persian Gulf’s Arab monarchies. The first casualty of this growing pressure from the religious parties was the Ahmadiyya community, which after a series of riots was declared “non-Muslim” in 1974.

Muhammad Zia-ul-Haq’s military takeover of Pakistan and declaration of martial law in 1977 had a clear ideological bias with support from Muslim fundamentalists. Three subsequent developments contributed to growing Saudi Arabian influence in the upper echelons of Pakistan’s government.

First, the Iranian Revolution of 1979 posed a credible threat to inspire similar Shiite uprisings against the Gulf Arab sheikdoms and their regional surrogates, including Pakistan. Second, the Soviet Union’s invasion and occupation of Afghanistan (1979-89) precipitated the nurturing of the mujahedeen (the present-day Taliban), in which Riyadh played a pivotal role as a political, moral and financial backer. Third, the transformation of rural mosques into Islamic educational institutions (madrasas) heralded an era of brainwashed street power and produced an army of “freedom fighters” who operated under the banner of Islam. Additionally, the current leadership of Prime Minister Sharif and his personal ties with the House of Saud—having been provided asylum during the ouster of the Sharif family by the military government of Gen. Pervez Musharraf from 1999 to 2008—further emboldened Riyadh’s influence in Pakistan.

Pakistan and Yemen: The Arab Sheikdoms to China and Central Asia

The purpose of Xi’s visit was to deliver an investment of $46 billion in an economic corridor that will stretch from western China to the Persian Gulf. In turn, Pakistan promised China 10,000 troops commanded by a two star general—half of them coming from Pakistan’s elite force (aka the “Special Services Group”). The force, which will have its own air support, will be responsible for protecting Chinese workers in Pakistan.

Also, on April 22, Pakistani and Iranian officials met in Tehran, where the seventh Pakistan-Iran Joint Committee meeting was held, with both countries agreeing to increase bilateral trade to $5 billion over five years. Part of the deal included Islamabad arranging the construction of a gas pipeline connecting the port of Gwadar to Iran. On April 7, when Iranian Foreign Minister Mohammad Javad Zarif visited Islamabad to discuss the Yemen crisis, Prime Minister Sharif called on the Islamic Republic to contribute to efforts aimed at bringing the various Yemeni factions to the negotiating table.

Today, Pakistan stands at the crossroads of defining its identity and clarifying its priorities on the international stage. Not facetiously, nearly half of the nation’s population perpetrates terrorism while the other half is victimized by it. Practically anyone who does not practice Sunni Islam, which includes one-quarter of all Pakistanis, is considered an “infidel” by the Saudi Arabian-inspired fundamentalists brainwashed in the madrasas. Many Pakistanis term their country as “al-Bakistan,” or a Saudi Arabian colony with the attendant mannerisms and connotations.

It is in this context that there are now belated calls from Pakistan’s intelligentsia, political establishment and civil society for Islamabad to re-cultivate its alliances with Asian powers that date back to the birth of the Indus civilization. From Saudi Arabia’s perspective, such a development undermines the kingdom’s regional clout. Despite Pakistan and Saudi Arabia sharing a “special relationship,” Islamabad is—at least for now—determined to avoid joining Riyadh’s pan-Sunni coalition in Yemen. Rather than sending troops into the Yemen quagmire, Pakistan is sending a message to Saudi Arabia that it is more interested in strengthening ties with other countries—China, Iran, Oman and Turkey—that either outwardly oppose Riyadh’s war in Yemen or have at least avoided backing it.

Indeed, Prime Minister Nawaz Sharif’s endorsement of the parliament’s resolution on Yemen served to remind Islamabad’s GCC partners that Pakistan is a South Asian Muslim power, not an Arab one. 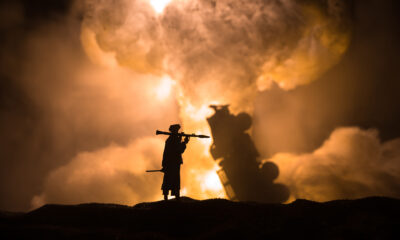