Saudi Arabia’s bombing campaign is destroying the very stability it claims to seek in Yemen.

Although the Saudis have since declared their mission accomplished, military operations have resumed under the re-branded moniker “Operation Restoring Hope.” It is, however, difficult to imagine how a military campaign, especially one limited to airstrikes, could achieve these objectives.

The coalition’s strikes, albeit aggressive in nature, have thus far had little effect on Ansar Allah’s advances. One of the original goals was to prevent the Houthis from seizing Aden. While the city remains heavily contested, the Houthis were able to seize portions large enough to force President Hadi to flee to safety in Riyadh. Currently, the city remains captured by pitched fights between Houthi cadres and local militias—known as popular resistance committees—backed by Saudi air power. Despite the destruction being meted out in the city from the Saudi strikes, the Houthis show no signs of relenting.

The Houthis have advanced far outside their northwestern province of Saada, beyond the capital city of Sana’a, and are now fighting local groups for control in several southern provinces, including Abyan and Shabwa. Interestingly, the strikes led by the Saudi military coalition are not focused on the critical southern front. Although coalition bombs have struck hotspots in Aden and Taiz, they have also pummeled Houthi strongholds in northern Saada province, in Sana’a and in the coastal cities of Hodeidah and Haradh.

If the coalition strikes are aimed at immobilizing the Houthis, their mission has patently failed. While there have been notable raids into Saudi territory, Houthi manpower remains focused on the local resistance in Yemen’s southern provinces where the outcome of the war will be decided.

The Fall of Yemen’s “Legitimate” President

Hadi’s legitimacy has been the primary justification for the Saudi Arabian campaign, but his supposed legitimacy had always been tenuous; and for the past year, it has declined in the eyes of a growing number of Yemenis.

The president-in-exile began as former President Ali Abdullah Saleh’s unassuming vice-president, selected as the result of a GCC-sponsored bargain that saw Saleh’s resignation and the ratification of Hadi, the only candidate on the ballot. As a cautious yet somewhat incompetent caretaker, Hadi prolonged the transition process when decisiveness was needed, and he moved precipitously at times when consensus was critical. Hadi all but ignored the many conflicts that raged around Yemen—the Houthis’ feud with al-Ahmar tribes, the recurring clashes involving al-Hirak (the Southern Separatist Movement), as well as tribal conflicts in Hadramawt and Marib—hoping that the document agreed upon at the January 2014 National Dialogue Conference would solely define Yemen’s future.

Since August 2014, Yemen’s limping economy has become altogether paralyzed, and widespread insecurity has devolved into outright war. Currently, the Yemeni president calls for the coalition to continue bombing Houthi targets. What remains of his support comes from those who view him as the most viable agent for resisting the Houthis. The same is true of Hadi’s legitimacy.

The Coalition’s Destabilizing Impact on Yemen

Paradoxically, Saudi Foreign Minister Adel al-Jubeir has announced that the bombing campaign will continue until “Yemen is back to security, stability and unity.” As a neighboring country, Saudi Arabia has a vested interest in Yemen’s stability, yet the coalition’s ongoing military campaign is destroying the vestiges of that very stability. The UN Office for the Coordination of Humanitarian Affairs (OCHA) reports that the violence has claimed nearly 2,000 lives, with the caveat that this figure is most likely grossly underestimated. Prior to the conflict, Yemen imported over 90% of its food. Currently, 12 million Yemenis are believed to be food insecure; 16 million lack access to clean water. The Saudi Arabian-imposed blockade will cause this figure to skyrocket as the campaign continues. The resulting persistent power outages and the lack of access to fuel, clean water and medical supplies have created a level of instability that a Houthi government could not remotely imitate.

Amid the tumult, the immediate threat of al-Qaeda in the Arabian Peninsula (AQAP) looms larger than ever. On April 16, the group seized control of Mukalla, the capital of Hadramawt province. Yet the coalition’s strikes have completely avoided AQAP.

Washington’s role in Operation Decisive Storm has been largely logistical, but nonetheless supportive. In spite of this support, US military officials have appeared confused about the goals of the Saudi-led bombing campaign. The day after the operation was launched, Gen. Lloyd Austin, commander of the US Central Command, told reporters: “I don’t currently know the specific goals and objectives of the Saudi campaign, and I would have to know that to be able to assess the likelihood of success.”

Despite a professed ignorance of operational goals, the US is on board as a junior partner. Other US officials have stated that the goal of the bombing campaign is to coerce a political solution. However, this contradicts the statements of Hadi and his backers in Riyadh. Hadi himself has called for the coalition to continue bombing his country until the Houthis are defeated. The Saudis have similarly stated that the terms for a ceasefire must be Houthi disarmament and the restoration of Hadi’s presidency. These are not terms characteristic of political solutions, but rather of military defeat. Despite White House statements, Washington and its Sunni Arab allies are simply not on the same page in Operation Decisive Storm.

The United States, if it can muster the will, may be able to halt the onslaught by pressuring its Arab allies to agree to a ceasefire. Meanwhile, Saudi Arabia remains deeply committed to the unrealistic goal of reinstalling the Hadi government. Hadi’s newly appointed vice president, Khaled Bahah, is well-liked by a wide range of political factions, but what support he enjoys is certain to diminish as long as he remains in Riyadh.

There are many ways for Bahah to right the course and revive political negotiations, yet the politics surrounding the current calamity remain beside the point as the humanitarian situation continues to deteriorate. Stability in Yemen will require Saudi Arabia and the coalition to cease bombing the Arab world’s poorest country. If the military campaign persists, a greater number of Yemenis, who have thus far refused to choose between an array of bad options, will feel greater pressure to commit to one side or another.

*[A version of this article was originally published by Gulf State Analytics.] 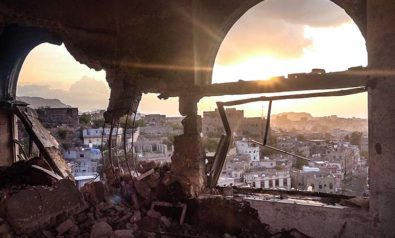 Fighting for Legitimacy: The Dueling Sovereignties in Southern Yemen 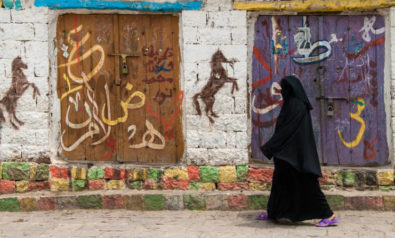 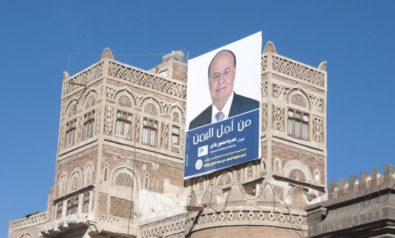