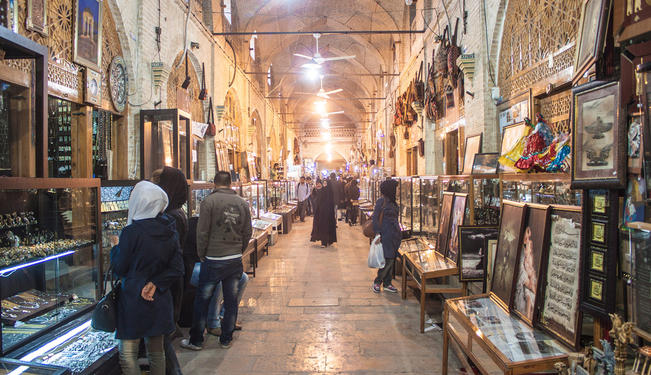 Sanctions against Iran have negatively impacted the lives of the Iranian people, and they continue to do so despite lacking a legal foundation. If we recognize the inhumanity and illegality of sanctions, we can better understand the Iranian government’s response to them.

During the past three decades, sanctions have been the main hallmark of the United States’ policy toward Iran. However, the imposition of European Union (EU) sanctions and the involvement of the United Nations Security Council (UNSC) in the issue of sanctions are relatively new developments, beginning only in 2006. These developments have had a significantly negative impact on Iranian society and its citizens.

In particular, the expansion of Western sanctions to cover international transactions with the Central Bank of Iran and to stop the country’s oil exports have lowered the standard of living in Iran. Furthermore, since March 2012, the Society for Worldwide Interbank Financial Telecommunication has refused to provide monetary services to Iran, effectively blocking Iran's financial transactions with the rest of the world and resulting in difficulty importing medicines, medical equipment and other essential goods.

Impact of Sanctions: Difficult to Measure, Impossible to Ignore

Unfortunately, no accurate figures or information are available on the impact of sanctions on various facets of Iranian life. For example, regarding medicines, apart from a few interviews and cursory comments from officials directly related to Iran's pharmaceutical sector, no other reliable information is available. With regard to the impact of sanctions on Iran's oil sales, other exports, essential goods imports, and monetary and financial sectors, the body of evidence is limited to sporadic views and general advance warnings from a small number of state officials and mass media.

This absence of information is primarily a result of unwritten policies compelling Iran's state-run institutions to avoid leaking information about the problems caused by Western sanctions. The Iranian government worries that Western states will continue or even increase sanctions if Iran shows any weakness in the face of the sanctions, or sends signals which would confirm the impact of them. Additionally, Iran’s sensitive and highly complicated negotiations with the P5+1 over Iran’s nuclear energy program have made it wary of any variable which could hinder the negotiations or increase the bargaining power of either party.

The impact of sanctions has also been obscured by the concurrence of the Iranian government’s implementation of economic reform policies and the escalation of Western sanctions. Since the incumbent Iranian government came into office, it has carried out reforms to remedy Iran’s heavy dependence on oil and gas revenues and its overuse of subsidies on consumer and even luxury goods. However, the implementation of these structural reforms has coincided with extensive sanctions and restrictive measures that have greatly influenced Iran's international banking transactions, raw material imports, foreign investments, and oil, gas, and petrochemical product sales. As a result, it has not been possible to accurately differentiate the impact of sanctions from that of domestic economic reforms.

Nonetheless, the sanctions’ wide scope, precision and ruthlessness suggest that they are responsible for the vast majority of the existing pressure on Iranians, especially medical patients, and Iran’s economy — particularly the oil and gas industry and many other industrial production sectors. A recent study by the Washington DC-based Woodrow Wilson International Center for Scholars, highlights the severe restrictions on Iranian patients’ access to medicine as a result of sanctions:

“Even when the most reputable American and European pharmaceutical companies are involved, and their lawyers have completed all the necessary paperwork from the US Treasury’s Office of Foreign Assets Control (OFAC), nearly all banks that Iran deals with prefer to err on the side of caution. Their hesitation is understandable given that a mistake could earn a bank the wrath of the US Treasury Department and fines that exceed $1 billion. The recent experience of a reputable Iranian pharmaceutical group shows the magnitude of the problem. When a senior company representative flew to Paris to present a French bank with documentation showing that the trade was fully legal, he was told: ‘Even if you bring a letter from the French president himself saying it is OK to do so, we will not risk this.’”

The pressure of sanctions is also apparent in Iran's oil and gas sector. Sanctions imposed by the US and Europe during the past two years have been so expansive that not only European and American companies, but also Asian firms have gradually shied away from investing in Iran's energy sector in order to avoid US retaliatory measures and heavy fines and, in some cases, to maintain their commercial trade interests with the US and Europe. Furthermore, these sanctions have limited Iran’s exports of crude oil, oil products, and petrochemicals by preventing insurance companies from extending coverage to tankers carrying Iranian oil and related products.

The inhumane impact of sanctions on the Iranian people and economy is simply a manifestation of an even greater issue: the inherent illegality of sanctions. The very act of imposing sanctions, particularly “unilateral coercive” sanctions, on any member of the international community for any reason is at odds with five important sets of international documents: the Charter of the UN; the Universal Declaration of Human Rights; the UN Declaration on Principles of International Law Concerning Friendly Relations and Cooperation Among States; various resolutions on the prohibition of unilateral coercive measures; and various resolutions on the enhancement of international cooperation in the field of human rights.

Additionally, the rich political literature used by the UN heavily emphasizes respect for human rights; recourse to arbitration, investigation, fact-finding and judgment; necessity of increasing international cooperation; and avoidance of unilateral coercive measures, either economically or militarily. In 1997, the UN Committee on Economic, Social and Cultural Rights indicated in a General Comment that nations imposing economic sanctions should ensure that they respect the economic, social and cultural rights of the targeted population, as outlined in the International Covenant on Economic, Social and Cultural Rights. Therefore, if sanctions encroach significantly upon any of these basic rights, it would be justified to consider them inhumane and in violation of the internationally-accepted principles of human rights.

It is noteworthy that UN Special Rapporteur on Human Rights in Iran Ahmed Shaheed focused on the issue of anti-Iran sanctions in the three final paragraphs of his latest report. Shaheed noted that despite “humanitarian exemptions considered to exempt foodstuffs, medical supplies, and other humanitarian goods from the sanctions,” such exemptions “are potentially not meeting their intended purpose,” especially given the drug shortages for patients with illnesses, such as cancer, hemophilia, and multiple sclerosis.

Finally, the EU's General Court ruled earlier this year that the European Union should lift sanctions which it had imposed in 2010 on two Iranian banks, and against which the banks had fought a two-year legal battle. Regardless of whether Brussels will implement the court’s decision or allow it to be forgotten in the labyrinth of European politics, the decision itself is a clear indication that the sanctions were not legally justifiable. Other Iranian banks that have been covered by Western sanctions are planning to take similar measures.

From the viewpoint of an objective observer, such processes clearly indicate that American and European sanctions against Iran are outcomes of the politicization of the Iranian issue rather than justified measures based on legal frameworks, human rights norms, and international humanitarian law.

If researchers and observers recognize the tragic consequences of sanctions for the Iranian people and the lack of legal foundation for sanctions, they may better understand the Iranian government's response to the sanctions and to other hostile measures from Western nations.

At present, Iranian government officials firmly believe that the nuclear issue is simply a pretext. Therefore, they argue, even if Iran satisfied all of the requirements of the UNSC resolutions about its nuclear energy program, the West would find new excuses to put renewed pressure on Iran. These excuses would continue until nothing remained of Iran but a submissive or bankrupt country. The imposition of unilateral sanctions and continued expansion of those sanctions by the US and Europe has further bolstered this argument among the Iranian people. If considered from this perspective, Iran's resistance against the pressure of Western sanctions is more rational than many in the international community assess.

Decades of interactions between Iran and the West have proven that establishing a balanced relationship based on respect for Iran's national sovereignty, as well as Islamic and Iranian values is, if not impossible, at least very difficult. Iran will certainly continue to pursue its covert and overt diplomatic efforts to reduce the impact of sanctions. However, it would be wishful thinking to assume that escalating pressure on ordinary Iranians will force the Iranian government, or even the people, into submission.

*[This article was published in partnership with the Iran Review.]