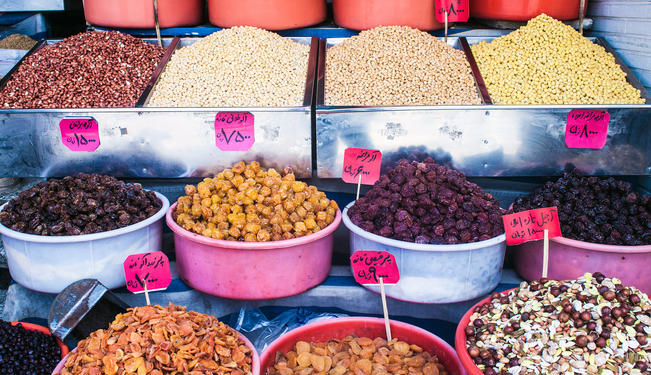 Economic relations between Iran and its Asian partners might be limited, but are never completely cut. This is the last of a two part series. Read part one here.

The extra-territorial nature of US sanctions, as well as the fact that these measures were supported by a large number of countries (such as the UAE, Canada, Australia, EU members and others), also have a negative influence on Asian-Iranian economic relations. Even with support from their government, Asian exporters appear to be scared to deal with Iran in order to avoid punishment from US authorities.

Only in 2012, Korean SK and Samsung, as well as Japanese Mitsubishi and Toyo, stopped dealing with Iran. In August 2012, Shipping Corporation of India (SCI) declared its decision to disinvest its assets from the joint Iran-o-Hind Company, raising its concerns that another shareholder of the firm – Islamic Republic of Iran Shipping Lines (IRISL) – is sanctioned by US authorities. The SCI and Indian Great Eastern Shipping Company also refused to carry Iranian oil to the oil refinery in Mangalore. These fears are not baseless: During the last decade, Washington sanctioned dozens of Chinese companies which were involved in oil, gas and petrol trade transactions between the IRI and their country. One of the recent bold moves by the US in this direction was the sanctioning of Zhuhai Zhenrong Company in January 2012.

Those companies which continued their trade with Iran were compelled to do so indirectly through third countries or to use different grey measures to avoid sanctions. However, these measures inevitably increase the amount of subcontractors and intermediaries involved in trade operations. This, in turn, led to growing costs of trade transactions. In 2012, Asian companies substantially increased the price of their services for the IRI (up to 20-25%), if these services were in violation of US and EU sanctions.

Apart from that, almost all joint projects with the participation of Asian countries have been either frozen or their implementation fell behind schedule. Thus, by 2013, the leading Chinese companies have taken on the wait-and-see approach: Usually, they get involved in different projects but try not to be in a hurry to implement achieved agreements, as they do not know the possible reaction of the West. By doing so, they try to preserve their share in Iran’s energy sector but hope to use it only when the situation around sanctions is settled.

Additionally, certain problems are experienced by companies using US and EU spare parts and technologies whose sale to Iran is prohibited. This was one of the reasons for the withdrawal of Chinese and Indian companies from joint LNG projects with the IRI. The replacement of European spare parts and technologies by Chinese, Indian or South Korean equivalents is not always accepted by Iran due to their low quality.

The close ties of the Asian economic elite with US and European business circles, as well as the financial and technological dependence of its companies on the West, also do not allow the governments of Japan, South Korea, India or even China to use all opportunities provided by the sanctions adopted against Iran.

During the period of 2010-2012, a number of private and semi-governmental Asian companies with strong economic interests in the United States and the EU, decided either to leave Iran or to limit cooperation with the IRI. Even oil and gas companies enjoying the support of the Chinese government, such as CNOOC and CNPC, have been compelled to slow down the pace of their cooperation with Iran by trying not to go further than general and technical discussions of possible projects.

The behavior of Asian business elites is logical: Although the Iranian market is relatively appealing for them, it does not deserve a fierce fight for it. Gains never justify losses. As is demonstrated in Table 1, the US and EU are among the four biggest trade partners of China, South Korea, Japan and India. At the same time, Iran is usually ranked only as the 16th to 22nd biggest trade partner with a share of 0.4-0.9% in the volume of trade of the above-mentioned countries.

Table 1. Rank and share of the US, EU and Iran in the volume of trade of China, South Korea, Japan and India

The example of China is, probably, most notorious. It holds $1.16 trillion (26.1%) of US federal debt and is the US' second largest trading partner. The trade relationship between the US and China continues to deepen. The emergence of China as a leading world power led to increasing economic interdependence. Consequently, Chinese energy companies like CNOOC, CNPC, Zhenhua Oil, ZPMC, Sinopec, and Kingdream PLC either invested in the American economy or established their subsidiaries in the United States which are much more profitable than any of Iran’s project.

Future of Iran’s Trade and Investment

It is almost impossible to analyze the current development of economic dialogue between Iran and leading Asian countries without taking into account the external factors. Subsequently, it is probably correct to assume that the future of their relations will be determined by the evolution of sanctions and the US stance. There are, at least, three probable scenarios of further development of the situation.

Scenario 1: The Continuation of the Confrontation Between Washington and Tehran

The continuing Iranian-American confrontation will lead to further economic engagement between Iran and China (as well as probably South Korea and India), and to the reorientation of the oil and gas industry of the IRI to the markets of Far East Asia and India. The absence of western companies in Iran will also create convenient conditions for the activities of Asian companies in the Iranian domestic markets where they will be unrivaled.

Yet a further increase in the political and economic pressure by the US on Asian countries should not be excluded from the analysis. There is a possibility that the gradual evolution of sanctions will make the conduct of business with Iran either extremely hard or impossible.

The restoration of relations between Tehran and Washington will probably have a diverse influence on the Iranian economic cooperation with the four leading Asian countries. On the one hand, this will eradicate a considerable part of obstacles for the development of dialogue and probably make countries like Japan more active in Iran. On the other hand, the economic cooperation with China, South Korea and India will lose its political importance for Tehran.

The US-Iranian rapprochement will also open Iran not only for American companies, but for European firms. This will inevitably make market conditions for the Asian companies extremely competitive: Although the Americans will have to start their cooperation with Iran from scratch, the period of the European absence was not that long and the EU will only need to resume their activities rather than to restore long lost positions.

Finally, the return of the US will strengthen the positions of pro-Western political groupings among the Iranian political elite seriously weakened during the period of 2009-2012. They will certainly try to change the vector of Iran’s energy diplomacy from the East to the West, by restoring old projects like the Iranian participation in the Nabucco pipeline and the so-called Persian gas pipeline.

This scenario became possible after the victory of Hassan Rouhani in the recent presidential elections. As stated by some analysts, the restoration of political and economic relations with the West will probably be one of the main priorities of the new president. However, they believe that due to certain factors, he will initially try to launch rapprochement with the EU only and leave relations with the US as they are. If successful, this process will reopen Iran for the Europeans.

This third scenario is less harmful for Asian countries than American-Iranian rapprochement. In this case, it is highly possible that the situation will return to the pre-2009 state when the European countries were largely present in Iran, but the US pressure did not always allow them to act openly. Under these circumstances, they used Asian companies (mainly those from China) as front or umbrella companies to cover the scale of European presence in the Iranian energy sector, in order to avoid American sanctions.

A return to this situation would probably be for the Asians’ good: On the one hand, the easing of pressure of the European sanctions will have general positive effects on the activities of China, Japan, South Korea and India in Iran. On the other hand, the usage of EU companies as subcontractors will allow the Asians to compensate the lack of necessary funds and technologies.

All in all, the future of Iran’s economic cooperation with Asian countries is still undetermined. Since the early 2000s, Asian countries have been gradually acquiring a special importance for Tehran as prospective trade and investment partners. One can argue that, by 2012, the East and South Asian regions have become a strategically important vector of Iranian economic diplomacy. During the last decade, in spite of all domestic and external challenges, the aggregate volume of Iranian trade with China, South Korea, Japan and India enjoyed an upward trend. In 2011, this indicator hit the threshold of $90 billion.

Nevertheless, in 2012, economic relations between Iran and above-mentioned countries experienced a serious stress-test. That year, East Asian and Indian financial institutions and business companies preferred to limit their cooperation with the Islamic Republic. Although Tehran has not yet published its customs statistics for 2012, experts are convinced that this decision accompanied by a substantial dropdown in the volume of oil imported by China, South Korea, Japan and India from Iran will slow down the pace of economic cooperation between the IRI and the countries.

This, in turn, shows that the future of Iran’s relations with East and South Asia is not completely protected from volatility and pitfalls which make it less predictable than it may initially seem. The last role in this situation is played by external factors and, first of all, by American and European sanctions against Iran. The latter are capable both to boost and tangibly deter Iranian cooperation with China, South Korea, Japan and India. At the same time, as demonstrated in the above-mentioned scenarios, it is hardly possible to completely cut relations between the countries.