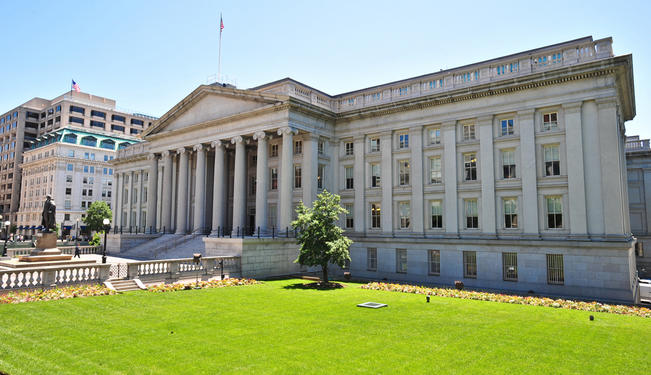 The easing of tech sanctions offers the opportunity to reintroduce Iran as a potential market of entrepreneurs.

The US Treasury Department recently issued "General License D," allowing the export of personal communications hardware and fee-based software to Iran. US mobile phones, Internet equipment, computers and tablets, anti-virus and anti-malware software, VPN service and other proxy tools, and even games like World of Warcraft, can now legally be sold to Iran, excluding purchase by the regime and other specially designated individuals and organizations. The move was aimed to aid activists and dissenters in avoiding the Iranian government’s content monitoring and limits on freedom of expression online.

However, announced just two weeks before Iran’s presidential elections, the policy change came too late to have had an impact on that closely monitored event. In fact, nearly two months later, walking through the streets of Tehran would not reveal much tangible evidence of the new license; there has been no influx of US hardware. In the short term, the effect has been limited to changing perceptions of the US sanctions regime, which in Iran is widely seen as primarily impacting average Iranians. More nuanced, targeted sanctions better illustrate the sanctions’ strategic goals. Hassan Rouhani, a former nuclear negotiator who was inaugurated as Iran’s new president on August 4, campaigned on a platform criticizing international sanctions, but he also consistently called for rebuilding relations with the West. The US policy change alone is unlikely to have shifted opinion enough to push Rouhani to electoral victory, but rather reflects a mutual softening of perceptions, policy, and rhetoric, and a potential opening for renewed dialogue.

The policy change, though potentially significant, will be slow in realising significant longer-term impact. Firstly, much of the now legal hardware is already available in Iran, albeit on the black market. Products frequently make their way to sanctioned regimes like Syria and Iran through third-party resellers and go-betweens. Of course, extreme inflation and the circuitous routes these black market products must take have pushed the prices of many devices out of reach of ordinary Iranians. It remains unclear whether legally sold devices will be more or less financially accessible than the increasingly inaccessible black market ones. Additionally, Iran’s own well-developed ICT sector could make it a difficult market to penetrate.

Secondly, other policies will continue to inhibit exports. Comprehensive US banking and financial sanctions make conducting sales transactions difficult, even when the products can be exported legally. While this issue can be addressed, Iran also has placed import bans on many products, so as to boost its domestic industry. The regime could well increase restrictions, particularly on software. Software development is one aspect of Iran’s IT sector that is lagging, and software products are a primary tool for evading content restriction and monitoring.

Thirdly, US companies are likely to remain wary, viewing any market affected by sanctions as risky. Free, publicly available, Internet distributed software, such as Internet browsers, are often unavailable in countries like Iran and Syria, despite a pre-existing general license and a favourable specific license policy. Companies prefer to minimize their potential legal liabilities but do not anticipate enough return on investment to seek out specific licenses for their products. In some cases, using out-of-date software where new versions are unavailable has put activists at risk.

Nevertheless, the easing of these sanctions represents more than a rhetorical step; it has the potential to support Iranian citizens beyond dissenters and activists to include small business owners and entrepreneurs. While domain registration and commercial web hosting services are still prohibited, many of the personal communication tools now permitted could be a boon to small enterprises. Access to global app stores, previously excluded due to their mix of free and fee-based content, should increase. While the majority of apps are games, an influx of generally low-cost productivity tools could be advantageous for small operations. Access to additional app platforms could spur the Iranian development sector, while inventory tracking and marketing software products could be a boost to other industries. Taken together, these small boosts to ordinary Iranians’ economic potential could push the Iranian regime to further reduce barriers to the outside world in the name of economic growth and contribution to the world market.

Reintroduction of the Market Iran

In order to be effective in empowering the average Iranian, engagement on the new license’s implications will be key. With businesses remaining wary, Iran needs to be reintroduced as a potential market of small businesses and entrepreneurs.

The Departments of State, Commerce, and Treasury must take the lead in facilitating the process of penetrating this new potential market. The State Department should engage with US technology companies in understanding the human rights imperatives in providing citizen activists with both free and fee-based digital security tools. The Commerce Department must emphasize to US businesses the merits of the opportunities the new license presents, particularly in circumventing third-party resellers currently operating illegally. Finally, the Treasury Department should issue clear guidance on what the new regulations mean for doing business in Iran, so that businesses can feel confident in their compliance with the new law.  This should particularly include direction on safely executing the financial side of sales transactions.

NGOs and businesses with experience in the region have a role to play as well. Human rights organizations should link their networks in Iran with US businesses. Development organizations focusing on information and communication technology (ICT) solutions must do the same. Building these relationships will help to reintroduce Iran as a potential market of activists as well as small businesses and entrepreneurs rather than a potential legal quagmire. General License D has the potential to be a major economic step forward for average Iranians and an exciting market for US technology businesses. But realizing this potential will require a sustained campaign across the US government, technology, business, and NGO sectors.