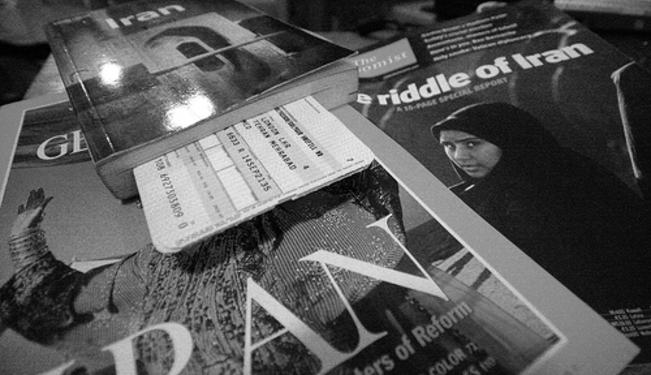 Sanctions imposed on Iran by the United States and the European Union violate the Universal Declaration of Human Rights, thus undermining the legitimacy of the measures and their originators.

Multilateral and unilateral economic sanctions imposed on Iran are contrary to the principle of the Universal Declaration of Human Rights. The declaration begins with the preamble that “recognition of the inherent dignity and of the equal and inalienable rights of all members of the human family is the foundation of freedom, justice and peace in the world.” As we see in the following, economic sanctions seriously undermine freedom, democracy, justice and peace both inside the targeted country and at an international level.

The fourth paragraph of the preamble indicates that “it is essential to promote the development of friendly relations between nations.” Sanctions from the European Union (EU) and the United States have not contributed and will never contribute to such a relationship between Iran, the EU and the US. To the contrary, it is destroying existing relations among our nations.

Based on Article 1, “All human beings are born free and equal in dignity and rights. They are endowed with reason and conscience and should act towards one another in a spirit of brotherhood.” The US and EU sanctions are limiting the freedom and rights of the people in Iran and other countries and are far from resembling “a spirit of brotherhood.” They contribute to enmity among nations with severe consequences.

According to Article 2, “Everyone is entitled to all the rights and freedoms set forth in this Declaration, without distinction of any kind, such as race, colour, sex, language, religion, political or other opinion, national or social origin, property, birth or other status. Furthermore, no distinction shall be made on the basis of the political, jurisdictional or international status of the country or territory to which a person belongs.” Most of the sanctions imposed on Iran are discriminatory, and moreover, the nuclear problem began with the discrimination of Western countries against Iran.

Furthermore, the Iranian people, especially those who are living in the US and the EU, are discriminated against even though they have no connection to the nuclear issue. Closing the banking accounts of Iranians or preventing students who study in the West from receiving money from their families or from studying some courses in Western universities are clear violations of Article 2.

According to Article 3, “Everyone has the right to life, liberty and security of person.” Current sanctions against Iran have endangered all aspects of life and security for Iranians. By limiting people’s access to medicine, gasoline, jobs, and more, the sanctions have endangered job security, health security and, in general, human security.

Based on Article 5, “No one shall be subjected to torture or to cruel, inhuman or degrading treatment or punishment.” Crippling sanctions are leading to mass suffering and mass punishment. How can Western governments justify punishing 75 million people for a crime that they have not committed?

Article 7 says that “all are equal before the law and are entitled without any discrimination to equal protection of the law.” Sovereignty rights, which apply to all individuals who live in a country, therefore also apply to the nation itself, forming the basis of the equality of nations. Iran as a Non-Proliferation Treaty (NPT) member has fully implemented its commitments to the NPT, and yet the EU and the US continue to impose discriminatory obligations on the Iranian people by passing United Nations Security Council resolutions.

The US and the EU have also begun to target specific individuals in the Islamic Republic. These behaviors are contrary to Article 10 of the Declaration. According to this article, “Everyone is entitled in full equality to a fair and public hearing by an independent and impartial tribunal, in the determination of his rights and obligations and of any criminal charge against him.” The actions of the US and the EU are arbitrary in this regard, targeting individuals and institutions without any clear charges. They are using economic measures to achieve political purposes.

According to Article 12, “No one shall be subjected to arbitrary interference with his privacy, family, home or correspondence, nor to attacks upon his honour and reputation.” By naming individuals and companies and imposing penalties on them, the sanctions undermine the reputation of the individuals without letting them know their charges in advance. Since individuals are subject to international law, individual rights are also and should be observed internationally.

Articles 18, 19 and 20 emphasize the freedom of thought, expression and assembly. During the past few years in numerous cases we have seen that assemblies related to Iran have been canceled, publication of opinions by those who support Iran’s rights have been limited and recently, Iranian TV channels have been removed from satellites. These are all violations of basic human rights.

According to Article 23, “Everyone has the right to work, to free choice of employment, to just and favorable conditions of work and to protection against unemployment.” Economic sanctions against Iran have destroyed favorable conditions for work and endangered job security. Furthermore, by weakening the middle class, they have undermined democracy, too. It is not acceptable to say that the Iranian government is responsible for the imposition of sanctions because, according to International Atomic Energy Agency reports, the Iranian government has fully implemented all of its obligations.

Finally, the US and EU sanctions violate Article 25: “Everyone has the right to a standard of living adequate for the health and well-being of himself and of his family, including food, clothing, housing and medical care and necessary social services, and the right to security in the event of unemployment, sickness, disability, widowhood, old age or other lack of livelihood in circumstances beyond his control.” Every day we see news about the degradation of living standards and health in Iran and the death of patients in Iranian hospitals because of medicine shortage. These are the consequences of preventing Iran from having access to international markets that are unrelated to its nuclear facilities.

As the humanitarian consequences of sanctions against Iraq during 1990s demonstrated, these economic pressures will lead to malnutrition among women and children. For the same reason that the lives of innocent people should be taken into account in a military strike, the international community should pay attention to human and humanitarian costs and damages that are imposed on the targeted society in an economic war.

These actions have put into question the legitimacy and credibility of the West and undermined its positions around the world. Unfortunately, mainstream media in the EU and the US are controlling public opinion, and there is no democracy on foreign policy issues. As the cases of Afghanistan and Iraq proved, it may be possible to win a war by economic sanctions and military intervention but not the peace. To win the peace the US and the EU need to practice human rights and democracy, not preach them. Economic sanctions violate the first and undermine the second.

*[A version of this article was originally published by the Iran Review].