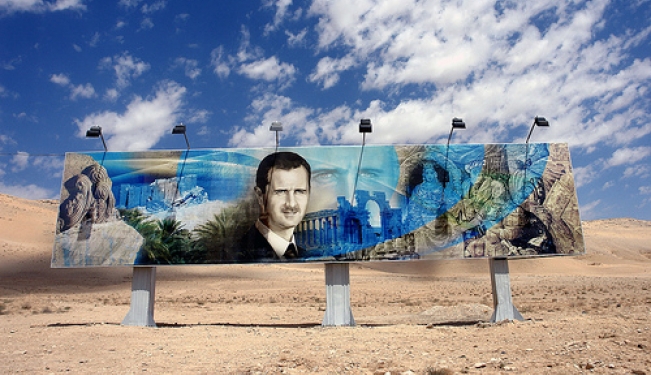 After more than six months of sustained, peaceful protests across Syria against Bashar al Assad’s callous regime, the country is showing signs of descending, albeit slowly, into the dangerous realm of assassinations, mutiny, sectarian battles, and pogroms that will ultimately lead to a civil war. If the protest movement continues to grow despite an unrelenting and inhuman crackdown against protesters, and all signs show that it will, Syria will be engulfed in a situation that neither the despotic regime of Bashar al Assad nor the protest movement will be able to control, and the internal as well as regional ramifications will be severe.

In recent weeks, protesters have continued to stare down the barrels of Assad’s tanks and heavy artillery in the tens of thousands, even as they are massacred in the dozens by day, or their families hunted by Assad’s hellish  and merciless secret police by night. While it is difficult to verify exact numbers, multiple international human rights groups and protest leaders within Syria have estimated that at least 3,000 people have been murdered, and possibly tens of thousands have gone missing or are sitting in Assad’s jail cells and dungeons.

The international community, spearheaded by the European Union, United States, and more recently Turkey, has openly condemned the Syrian regime and issued tough sanctions that have led to massive losses of investments, shortages of supplies, and the seizing of millions of dollars worth of regime assets around the world. However, this has failed to stem the rising death toll, and failed to halt Assad’s executions of dissidents, shelling of towns, and his medieval sieges of Syrian cities. The Syrian government has even struck back at the US and Europe, attacking Harvard University’s website and spying on Syrian-American protesters in the US only to murder their relatives back home in Syria, prompting a large FBI investigation on the Syrian Embassy in Washington DC.

The challenges that the international community now faces are more complex than even two months ago, because the Syrian regime has dug in despite immense internal challenges, while the protest movement has expanded across the country and continues to stand up to the regime on a daily basis. The Syrian military, composed of around 90% Sunnis, has grown incredibly demoralized and is strained beyond its current capacity. This has left Assad to rely increasingly on his thuggish Secret Police and militias called shabiha, composed mostly of his fellow Alawites, to carry out crimes against humanity and  against his citizens, the majority of whom are Sunni Muslim. Since Alawites and Syria’s other minorities, Christians and Druze, have failed to join the protesters in significant numbers, buying into the regime’s propaganda of the protesters being part of an Islamic revolution against a secular regime, sectarian lines have clearly been drawn and a showdown looms larger than ever between all sides.

More recently, Lebanon’s newly appointed Maronite Christian Patriarch Rai’s statements of tepid support for Assad’s regime, fearing that its demise would spell the end of Christianity in the Middle East, has only reinforced Christian fears that Islamists would take over following the eventual removal of Assad, and that they would be persecuted like they are in Iraq. However, such an outlook is utterly self- defeating and extremely counterproductive for the community. If Syria’s minorities had joined the protest movement, Islamists, who are undeniably a part of the uprising, would not be able to seize the uprising as a moment to turn it into an Islamic one. Since the vast majority of people killed are probably Sunni Muslim, and the Christians, Druze, and Alawites continue to back Assad even if less enthusiastically, the chance that the uprising will take an eventual Islamist vibe and turn incredibly violent has risen substantially.

According to recent reports, signs have pointed to growing defections within the Syrian army, as news of armed units engaging in battles and ambushes of Syrian security forces is an ominous sign for Syria’s shaky future. If Syria were to descend into civil war, the violence would make Lebanon’s infamous civil conflict look like child’s play; the spillover of such a conflict into neighboring Lebanon, as well as Iraq and even Israel, would push the entire region into conflict, and send economic shockwaves across a world still reeling from the great recession, natural disasters, and a revolutionary spring.

The international community, along with the Arab League, must immediately establish a no fly zone over vast portions of the country and implement a naval and land blockade along Syria’s borders to prevent the smuggling of weapons, foreign mercenaries, and funding that the regime could use against its own people. The international community must also urge all of Syria’s religious leaders, along with those around the world, to listen to those better angels and denounce Assad openly and consistently in order to reverse the dangerous sectarian overtones that the uprising has taken recently.  The United States, as well as its Western allies, cannot continue sweeping this increasingly pressing issue under the rug, as this will greatly increase the risk of Syria imploding. An entire region may then descend into a hellish crisis.