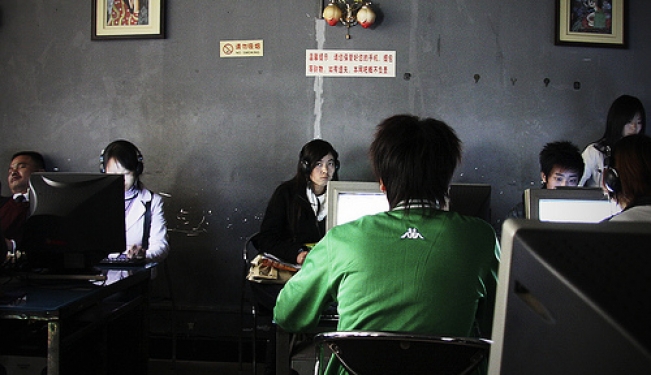 Co-authored with Will Rogers.

The Arab Spring has offered some useful pointers for countries such as China about what works in suppressing dissent — and what is counterproductive.

As the Arab Spring turns to autumn, observers around the world are piecing together what happened this year, why, and where – if anywhere – it might happen next. And, as they have done so, the Internet’s role in aiding the dramatic political transformations has perhaps inevitably come to the fore.

Throughout the Middle East, protestors have employed Facebook, Twitter, YouTube, cell phone texting and other technologies to organize and spread news at home and to the outside world. The use of these new communications tools has inspired Western governments, among others, to act. The US State Department, for example, plans to spend more than $25 million on Internet freedom programming this year, and Congress has given the Broadcasting Board of Governors an additional $10 million to develop technologies that would empower Internet activists abroad. But democratic governments aren’t the only ones reacting to the Arab Spring. Autocracies, including China, which hosts the world’s most sophisticated online control regime, are drawing their own lessons.

Last week, Beijing’s Ministry of Public Security urged police to use microblogs to ‘guide public opinion’ and ‘pay attention to hot topics people are talking about on the Internet.’ This represents just the latest step China has taken to guard against online echoes of the Arab Spring. In the wake of the Tunisian and Egyptian uprisings, Beijing blocked Internet search requests for key words and phrases including ‘Egypt,’ ‘Cairo’ and ‘Jasmine’ – a reference to Tunisia’s Jasmine Revolution. After protests in Inner Mongolia in May, Weibo – China’s version of Twitter – filtered out results of searches for the province’s name. And Beijing recently established a State Internet Information Office to better regulate the flow of online information.

As China and other regimes fine tune their Internet controls, they appear to have discerned at least four specific lessons from the Middle East revolutions.

First, there are real economic costs to Internet repression. According to OECD estimates, Egypt’s five-day Internet shutdown cost the country at least $90 million. Even after Egyptian officials pulled the plug on the Internet near the height of Tahrir Square protests, they left the Cairo Stock Exchange connected. Given China’s greater economic dependence on global information systems, it can ill-afford such losses and has mostly avoided widespread Internet interruption.

Second, Beijing’s more nuanced approach to monitoring and censorship works far better than the blunt tactics – including full shutdowns and extreme bandwidth restrictions – that have been employed by some Middle Eastern governments. These blunt moves can backfire; after Cairo turned off its people’s Internet access, the protest grew larger, not smaller. China, on the other hand, allows citizens to vent some frustrations via microblogs and social networks, and to engage in all manner of non-political expression, clamping down only when things get out of hand. At least in the short run, the Chinese model of Internet control seems far more effective.

Third, online dissent produces significant political change only if it results in offline protest. Despite widespread cyber protests, the Mubarak regime only began to teeter when thousands of citizens physically occupied Tahrir Square. Beijing and other regimes may be turning this to their advantage. A web posting earlier this year on the US-based Chinese language website Boxun.com called on activists to stage China’s own ‘Jasmine Revolution.’ Although there was no widespread turnout of demonstrators, security teams and plainclothes officers flooded the scene to arrest any protestors. Some observers have speculated that the Chinese government itself was behind the web posting in order to draw out those brazen enough to engage in offline dissent.

Finally, and most fundamentally, there’s emerging evidence that these new communications technologies can, in fact, facilitate political change. A recent report in Technology Review, for instance, found that the Internet provided the right conditions to those agitating for democratic change in Tunisia: anonymity, meaningful connections and, perhaps most importantly, a voice. In light of this year’s developments, Beijing appears to have devoted ever greater resources and energies to regulating every aspect of the Internet, from managing content to producing online propaganda.

China now has more Internet users than the entire population of the United States. It’s impossible to tell what impact online communications will have on Chinese politics over the long run, but Beijing is taking a vast array of steps to bolster its defences in the short term. Chinese cyber dissidents are sure to have a much more difficult time wielding the Internet to foment political change than did their Arab counterparts. This alone suggests the importance of the United States’ Internet freedom efforts. As they pursue an array of complex but productive ties with Beijing, the democratic countries of the world should stand up for the value of online freedom – especially as the autumn turns to winter.

This article was first published in The Diplomat on October 3, 2011.