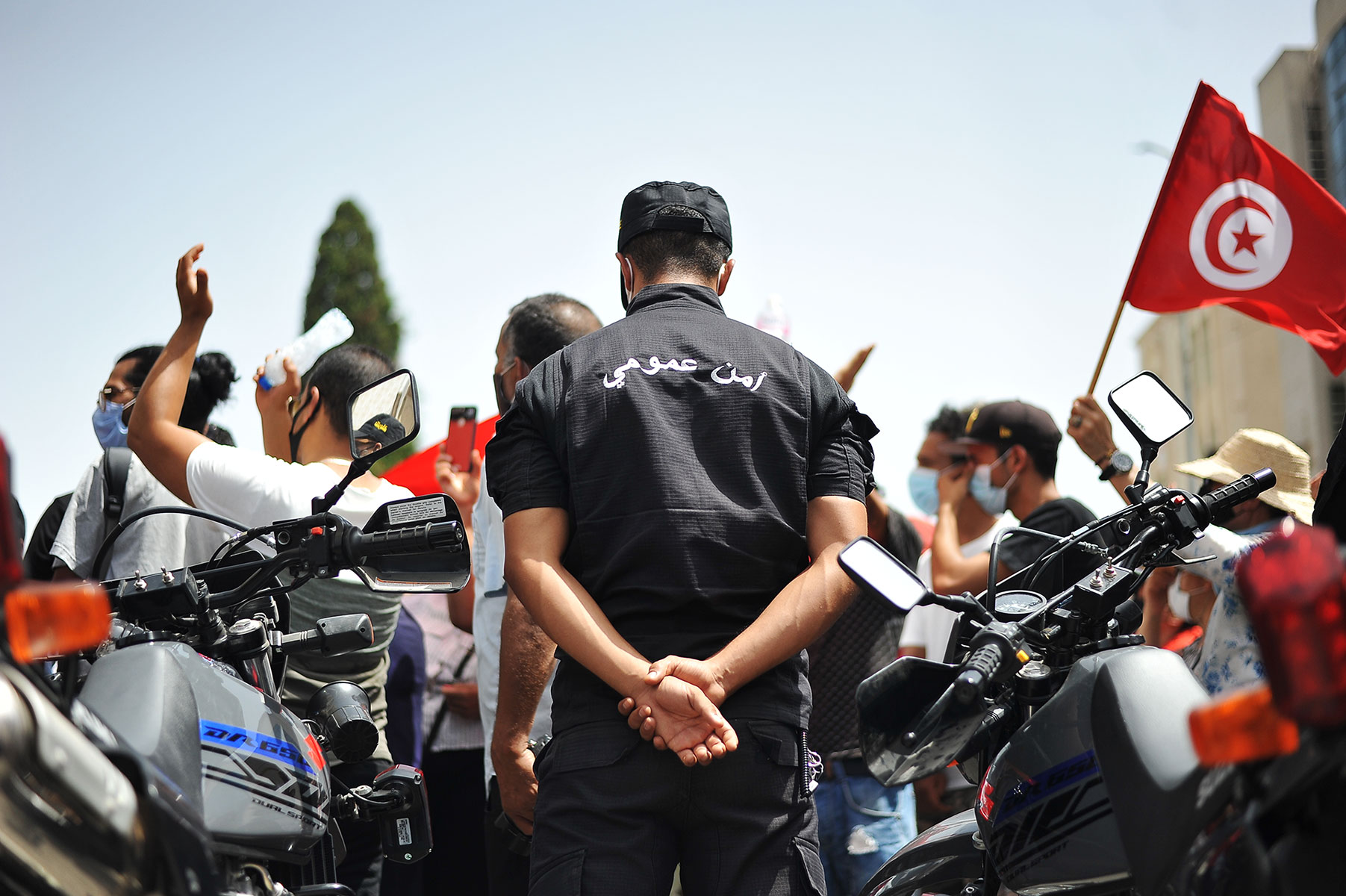 On September 22, Tunisian President Kais Saied extended the emergency measures introduced in July that saw parliament suspended and the prime minister fired, granting the president executive authority. The move presents a worrying possibility of growing repression both in Tunisia and across the greater Middle East region. Saied could further exacerbate Tunisia’s political crisis with his plan to suspend the current constitution and his deployment of the military to prevent the parliament from convening.

The United States and its G7 allies have called on Saied to appoint a prime minister and restore parliamentary functions. Washington should seriously consider withholding military aid to urge the Saied administration to remain within existing constitutional limits and prevent any potential military crackdown against protesters.

Tunisia and the Gulf

The Biden administration should similarly consider revoking Tunisia’s designation as a major non-NATO ally, which provides it military aid that Saied could use to suppress the opposition. US failure to meet this challenge would represent a severe blow to President Joe Biden’s promotion of democracy abroad and would further diminish his administration’s credibility following the fall of Kabul to the Taliban last month.

For international observers of the Arab Spring, Tunisia was initially seen as a “relatively successful model” as the only country that had transitioned from authoritarianism to democracy during that period. However, 10 years after the overthrow of dictator Zine El Abidine Ben Ali, economic turmoil and political gridlock have worsened the impact of the COVID-19 pandemic and have deeply polarized the Tunisian political landscape.

The current president, Kais Saied, was elected in 2019 as an independent candidate in a landslide victory. The retired law professor’s appeal was his outsider status and his strident anti-corruption platform. However, he repeatedly clashed with the deeply divided Tunisian parliament, which has no party majority. The Islamist Ennahda party, which is viewed by large swathes of the Tunisian public as deeply corrupt and ineffective and has even been accused of assassinating two leftwing politicians, currently holds the most seats.

Following months of political stalemate and a worsening COVID-19 spike, Saied invoked emergency powers to dismiss his former prime minister, Hichem Mechichi, freeze parliamentary functions and use the police to target Ennahda officials and Al Jazeera’s Tunis office. Saied has some support for his actions given the widespread unpopularity of the parliament.

Consequently, the United States and the rest of the G7 must follow through on its previous statements urging a return to constitutional processes. It is essential that they challenge Saied’s increasing anti-parliamentarian actions, especially his reliance on the military to cement his rule, to prevent continued democratic backsliding in Tunisia.

Freedom House has repeatedly warned about an alarming systemic shift toward autocracy across the world, something which the Biden administration was aiming to address with its commitment to democracy promotion. However, events like the “Summit for Democracy” will begin to ring hollow if the United States and its allies do not take a stronger stand against democratic backsliding, such as in the case of Tunisia.

The primary option that is available to the Biden administration and US allies is reducing military aid to Tunisia until Saied enters a dialogue with the parliament. Although President Saied and his supporters have been resistant to such suggestions and a mediation offer by a US Congress delegation has already been rebuffed, the United States and its allies should increase their efforts to support dialogue.

Revoking Tunisia’s major non-NATO ally designation will send a strong message and remove Tunisia’s privileged access to US military aid. The measure would reduce the possibility of Saied continuing to use the threat of military force against protesters, an estimated 2,000 of whom have come out on Sunday in the capital to denounce the president’s power grab.

On September 29, Saied finally named a new prime minister, Najla Bouden Romdhane — the first woman to hold that office — and asked her to form a new government, whose main task would be to “put an end to the corruption and chaos that have spread throughout many state institutions.” Despite these positive steps, the United States and its democratic allies should remain vigilant and ensure the crisis in Tunisia is dissolved in a peaceful and democratic manner.