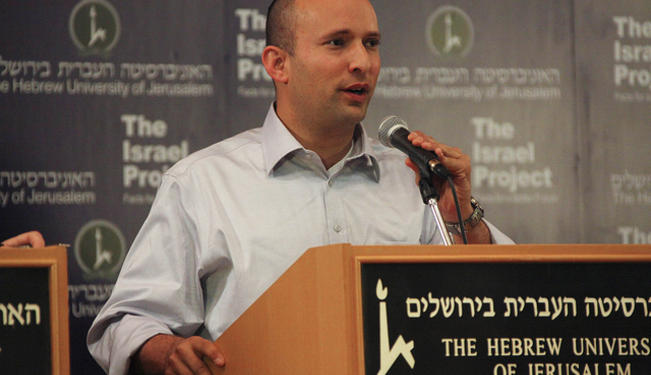 The outcome of the Israeli elections, and the composition of the next government, may very well depend on the number of voters going to the polling booths, argues Hillel Schenker.

Here we stand, at a major crossroads in Israel’s history, the elections to the 19th Knesset.

Are we living and realizing the dream that my uncle, Dov Barnir one of the youngest members of the first Knesset had? Or of my daughter’s god-father, Tzvi Luria, one of the signatories of the Declaration of Independence in 1948 and a founder of the Kol Yisrael radio station? Or that I had when I came on aliya from New York to a border kibbutz a few weeks before President Kennedy was assassinated?

Today Israeli society seems more divided than ever, between right and left.

Reasons for the Right

The tendency towards the right has been reinforced by simple demographics: the Orthodox and ultra-Orthodox religious, who since the “miracle” (in their eyes) of 1967, have tended to vote for right-wing parties and have more children. In addition, the failure to resolve the Israeli-Palestinian conflict, along with anxieties produced by the uncertainties created by the Arab Spring have made many, particularly younger voters, open to right-wing messages of the whole region and world is against us, there is no solution, and we must be strong and uncompromising.

The counterpoint to that approach is the energy generated by the mass social protest movement for social justice, which reached its peak on September, 3, 2011, when 500,000 Israelis took the streets saying that “the people demand social justice”. Most of the young leaders of that protest came from the left, and although they initially created a separation between socio-economic issues and the cost of the settlements, the occupation and the need for peace, they have since begun to make the connection. The social protest has had a profound impact on the Israeli discourse, placing socio-economic questions on the public agenda, alongside peace and security.

So how does all this translate into the elections of January 2013?

A Strong Prime Minister for a Strong Israel?

Prime Minister Netanyahu's campaign slogan is: “A strong Prime Minister for a Strong Israel”. The question is strong to do what. When Netanyahu was elected for the second time in 2009, after a disastrous first term – 2006-2009 – I thought that as the son of a historian he would try to make his mark in Israeli history. And the best way to do so was to be responsible for a breakthrough towards Israeli-Palestinian and Israeli-Arab peace. In June 2009, he even said the magic words, “a two state solution”, in his speech at Bar-Ilan University, which was a response to President Barack Obama’s call for progress on the Israeli-Palestinian track. The problem is that it appears he said it like someone sitting in a dentist’s chair, having his teeth pulled out. During the rest of his term he did absolutely nothing to move a vision of a two state solution towards a resolution of the conflict forward. On the contrary, he continued to place new settlement obstacles on the road to a resolution. He hasn’t even been able to place the two-state solution on the Israeli government’s agenda or the platform of the Likud-Yisrael Beiteinu Knesset list. I suspect that this is not because he is unable, but rather because he is unwilling. And Netanyahu has also been unable to close the ever expanding gap between the rich and the overburdened middle class, and the 20% of the population suffering poor who live under the poverty line (and that’s economics which are supposedly his forte). Not to speak of the anti-democratic tendencies emanating from his government, with threats to freedom of the press and academia, and the firing of officials who think differently.

“The Most Anti-Zionist Government Ever”

Leading writer Amos Oz says that “the Netanyahu government is Israel’s most anti-Zionist government ever,” “because it is doing everything so there will be no two states here, but one,” which would be the end of the dream of the Zionist founding fathers and mothers, and would lead either to an anti-democratic apartheid-like regime, if the Palestinians are not given the right to vote, or to an Arab state, because the Palestinians will be the majority. However, he adds that Labor Party leader Sheli Yachimovitz is even worse than former party leader Ehud Barak, who said “there is no solution,” since Yachimovitz, who is constantly evading the need to take a stand on peace and security, says “there is no problem.”

What we see in these elections is an even more right-wing Likud-Yisrael Beiteinu party list than in the outgoing Knesset, since liberals Dan Meridor, Benny Begin and Michael Eitan have been removed, and an emerging further right national-religious list Habayit Hayhudi (The Jewish Home), led by former Netanyahu bureau chief and Yesha Settlement Council head Naftali Bennet, who advocates annexation of 60% of Area C in the West Bank.

As the counter-point on the center-left, we see a series of parties that support a two state solution, but no leadership capable of uniting them in opposition to Netanyahu and proposing a clear alternative vision for Israel’s future.

As Oz, who supports the left-Zionist party Meretz says, this is an “existential campaign” over the fate of Israel.

Another man with a similar estimate of what’s at stake is former Shin Bet security chief Yuval Diskin, who said in a recent interview in Yediot Ahronot on January 6, 2013: “After all these years of fighting terror and seeing so much death and killing in battle fields, on Israeli streets, in refugee camps and in villages in the West Bank, the Gaza Strip and Lebanon — there comes a time when you realize you must do everything, everything, to find some other way to talk and compromise so as to secure a better future for our children.” The interview was carried out by Dror Moreh, director of “The Gatekeepers”, one of the two Israeli candidates for best documentary in the 2013 Oscar competition, alongside “Five Broken Cameras”. Moreh interviewed six former Shin Bet security service chiefs for the film – Ami Ayalon, Avi Dichter, Carmi Gilon, Jacob Perry, Avraham Shalom and Diskin – and all of them said that it was absolutely essential for Israel’s future to resolve the conflict with the Palestinians, based upon territorial compromise and a two state solution.

Go out and Vote!

While it appears most likely that Netanyahu will be reelected as prime minister, as American baseball icon Yogi Berra once said, 'it ain’t over till it’s over'.

A concerned citizen named David Fogel published a front page ad in Haaretz calling on everyone in the center-left who opposes Netanyahu’s policies to vote. “Vote for Livni (Hatnua), Galon (Meretz), Yachimovitz (Labor), Lapid (Yesh Atid), Mofaz (Kadima),” any of them, to enable the center-left to form a coalition. An article in Haaretz by writer Sefi Rechlevski argues in a similar vein, saying that on the right everyone will vote, so the same has to be true for the center-left. Even President Peres has been promoting the need for all responsible citizens to go out and vote.

The outcome of the elections, and the composition of the next government, may very well depend on the number of voters going to the polling booths. While all the settlers will vote, as will all the Haredim/ultra-Orthodox (perhaps even more than 100%, since ID cards of deceased citizens may also be in play), only 58% of the voters in liberal Tel Aviv voted in the last elections, and barely 50% of the Arab voters, who make up 20% of the population. Getting out the vote will be one of the keys to the outcome of the elections.

A Sense of Urgency

On Friday January 4, I went up to Givat Haviva, the Kibbutz Seminary that borders on my old kibbutz, Barkai, where I used to take the sheep out to pasture after getting up at 3:30am. The occasion was the Havatzelet Foundation’s annual grant award ceremony for kibbutz artists, writers, dancers, filmmakers, photographers and student social activists working in deprived neighborhoods, with new immigrants and in the Arab villages – a taste of the old Israel and its pioneering values.

This year, alongside performances by some of the very talented young kibbutzniks who received grants, it was decided to hold a panel discussion on the impact of the social protest movement. The participants were social protest leader and Labor Party Knesset candidate Stav Shaffir, Ben-Gurion University Professor Avihu Spivak, who serves as co-chair of the “Experts Committee” which advises the social protest movement and former Meretz chair and MK Chaim (Jumes) Oron. Shaffir, a very bright and fiery activist, defended Yachimovitz’ strategy of focusing on the socio-economic issues, while Spivak said it will take time to arrive at the necessary two state solution, which he said is essential for the health of Israel’s economy and social infrastructure.

Oron’s response was that “we don’t have time,” and must have a sense of urgency – the two state solution is in danger. If no breakthrough on the Israeli-Palestinian front will take place in the next year or two, the Palestinian Authority will collapse and the current pragmatic leadership of Abbas and Prime Minister Salam Fayyad will give way to more extreme leaders, and we will not be able to survive as a Jewish and democratic state.

*[This article was originally published in The Times of Israel's blog].