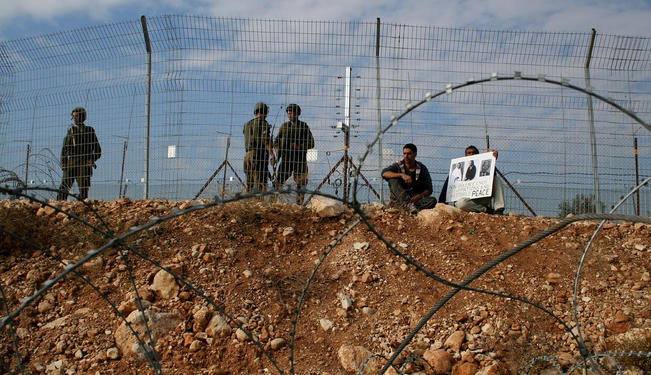 The real winner of the recent parliamentary elections is the Israeli military occupation of Palestine, argues Bilal Ahmed.

The Israeli elections on January 22, 2013 have surprised many analysts. Results point to a polarized electorate, with the Knesset split between centre-left and right-wing parties. Far-right politician Naftali Bennett's The Jewish Home had predictably favorable results, resulting from the enthusiastic and youthful supporters that make him a rising star in Israeli politics. The Israeli right ultimately posted a slim victory (61-62 combined seats in the 120 seat Knesset) for Binyamin Netanyahu and the Likud-Yisrael Beiteinu coalition.

Despite this pivot away from the right to more centrist parties, the Israeli political scene does not indicate an overall shift away from the status quo regarding Palestine. Likud's stance on the occupation has been made obvious, and the other party which received major support, Yesh Atid, is quite unlikely to press for significant reform due to its focus on domestic issues. The real winner in this election has been the Israeli military occupation of the West Bank and Gaza Strip.

The election itself was marked by an awkward absence of discussion about the occupation and the broader peace process. Instead, major domestic concerns such as the economy (this election was prompted by Netanyahu failing to pass a budget in October) were the focus. Settlements and even plans to bomb Iran were lost in discussions of Israel's 40 billion Shekel deficit and possible austerity plans. Foreign policy criticisms of Netanyahu were mute. Even the construction of a border fence with the Sinai and an announced fence on the eastern edge of the Golan Heights were not election issues.

This should not be as surprising as some analysts seem to find it. The 2011 social justice protests in Tel Aviv (ironically inspired by the Arab Spring) were infamous for their reluctance to tackle the Palestinian question. Rather, the mobilization foreshadowed the recent election with its focus on Israel's socialist roots and concerns such as rent costs. There is a dangerous shift in Israeli politics towards accepting an institutionalized occupation rather than directly confronting it. If this trend continues, then there will be little hope of solving the conflict through reform within Israel.

The Rise of Naftali Bennett

Along with this troubling development, the popularity of Bennett's The Jewish Home especially with young voters (though results in this election were more humbling) is another indication of Israeli politics beginning to accept a permanent occupation. Bennett has commissioned videos that are extremely candid about his party's plan to continue to produce facts on the ground. The videos outline a plan for annexing much of Area C of the West Bank, securing water supplies from the Dead Sea, and strategically avoiding Palestinian citizenship. The reaction they produced (and did not produce) is telling: either the occupation is avoided by groups focusing their discussions on economic reform, or it is accepted by groups who have no interest in the Palestinian question.

The election has come and gone with little excitement for Palestinian solidarity activists. The peace process has been dead for years, and a once heated political discourse in Israel regarding Palestinian issues is dying as well. With such events as the death of Ahmed Jabari in Operation Pillar of Cloud, at a moment when he was preparing to sign a long-term ceasefire agreement, the prospects of an institutional solution to the conflict appear to be slim. More astute observers are increasingly stating, “Oslo is dead,” noting that the 1993 agreements will not be built upon in such a dynamic.

It is difficult to say how the conflict will evolve if the trends of this election continue. Particularly after the Arab Spring, one may point to popular action as Palestinian concerns are becoming totally forgotten in Israeli politics. If political parties in Israel, especially its progressive factions, do not facilitate these movements, then there is significant reason to believe that they will occur through Palestinian groups in whatever form.