Russia has come back to the crowded Red Sea. On November 11, 2020, the Russian government announced its agreement with Sudan to establish a naval base at the city of Port Sudan. While the Russian navy already enjoys access rights to the port, the concession with Khartoum envisages the creation of a Russian logistics center that will host up to 300 personnel and four naval units, including nuclear-powered vessels, for a renewable period of 25 years. In exchange for the concession, the Kremlin will send military advisers to train Sudanese forces and will be allowed to use Sudanese airports and airspace to support its base in Port Sudan.

On top of that, Moscow will be in charge of security at the base, giving it the chance to install advanced radar and air defense systems. Although it will be much smaller in size compared to the naval base of Tartus in Syria, the facility in Port Sudan will become a pivot of Moscow’s maritime projection spanning from the Mediterranean to the Indian Ocean.

Russia’s landing in Port Sudan represents the convergence of several strategic goals. Traditionally a land power, Russia is vying to bolster its maritime prowess. The comprehensive program to modernize its fleet brought in 23 new vessels in 2019 and 40 in 2020. Most of them are more modest in size than the Soviet-era battle cruisers being decommissioned as Moscow leans toward a small-ship fleet — one that can hardly keep pace with the US or the Chinese navies, according to analysts.

Nevertheless, Russia is arming new units with high-tech systems, like the Poseidon marine drones and the new 885M Kazan nuclear-powered submarine, which will reinforce the navy’s capability to operate at regional level in support of ground and air forces. This element suits the Kremlin’s strategy of intervention in crises, from Syria to Venezuela, and might be particularly useful in the Red Sea region.

But the fleet itself is only half of the picture. Maritime power equally requires a network of naval bases where vessels can safely dock and be supplied. To date, Moscow not only set a firm foothold in the Mediterranean — a longstanding goal of Russia’s foreign policy — but also rose up as the preeminent maritime power in the region thanks to its naval base in Tartus and its military presence in eastern Libya in particular.

Now, as the Mediterranean regains centrality and the Indian Ocean witnesses growing power competition, the Red Sea has become a strategic pivot for countries with global ambitions like Russia. This is the rationale behind the long-sought naval base in Sudan, which will allow Moscow to span its military capabilities — and hence its influence — from the Black Sea, down through the eastern Mediterranean and the Red Sea to the Indian Ocean.

Finally, the base in Port Sudan is a major achievement of Russia’s Africa policy. During the first Russia-Africa Summit in 2017, President Vladimir Putin pledged $20 billion in investments, skillfully attaching no conditionality to them. More importantly, he harnessed military cooperation as a crucial asset of Russia’s diplomacy in Africa. Building upon its successes in Syria and Libya, the Kremlin began to offer weapons and military services through the semi-private military company, Wagner, replicating a strategy adopted by South Africa and its Executive Outcomes PMC to expand its influence across the continent in the 1980s and 1990s. In exchange, Russia secured access rights to strategic natural resources, mainly uranium, gold and rare earth elements in the Central African Republic and Sudan, 80% of whose arsenals are filled with Russian weapons.

In Sudan, Moscow struck a deal with former President Omar al-Bashir to provide training to the Sudanese army and support military operations in Darfur, the Blue Nile and South Kordofan; a Russian base on the Red Sea was allegedly part of the accord. Despite the fall of Bashir’s regime following widespread protests in 2019, Moscow navigated Sudanese politics and maintained strong ties with the president of the Sovereign Council, General Burhan, eventually obtaining the base in Port Sudan.

The Red Sea and the Gulf of Aden have been an arena of intense geopolitical competition among global and regional powers in recent years. Saudi Arabia, the United Arab Emirates, Qatar and Turkey have all scrambled to establish military outposts in the Horn of Africa. Russia makes no difference. Its quest for a military presence along the Red Sea led Moscow to enter into negotiations with Eritrea, Djibouti and even Somaliland over the past few years, but without success. Now, the base in Port Sudan has some notable implications for regional security and power competition.

Russia has managed to stay outside regional disputes. Before Omar al-Bashir was ousted, Turkey and Qatar were about to finalize a concession in Suakin, just 50 kilometers south of Port Sudan. Under Saudi and Emirati pressure, the transitional government put the agreement with Ankara and Doha on hold. With a Russian presence in Port Sudan, Turkey’s chances of obtaining an outpost along the Sudanese coast become even slimmer. Consequently, the competition between Turkey and Russia will likely increase in the Horn of Africa, at least until the two powers will find an understanding as they did in Syria and Libya.

The UAE and Saudi Arabia have a more nuanced position. The two countries have invested heavily, both economically and militarily, in the Red Sea. The Russian attempt to build a base in Eritrea reportedly went awry after Riyadh and Abu Dhabi stepped in to drag Eritrea from the field of Iranian influence. This suggests that a solid Russian presence in the Red Sea might be seen as an element of disturbance. Yet the UAE has already cooperated with Moscow in eastern Libya, backing General Khalifa Haftar, and has signed a strategic partnership in 2018, which also paved the way for the sale of Russian weapons to Abu Dhabi.

Saudi Arabia might see Russia’s military engagement in the Red Sea as an opportunity. As the Houthi rebels in Yemen have proved capable of targeting ships and the Saudi oil infrastructure as far as Jeddah, Russia might become a useful ally in enforcing maritime security in the southern Red Sea region.

Implications for the US

Despite strong ties with Washington, the Gulf monarchies do not see Russia as a threat. Russia’s policy of non-interference, combined with its political stability, are generally perceived by autocratic regimes in the Middle East and beyond as less intrusive and dangerous. Conversely, the United States and the European powers often attach conditionalities to economic and military cooperation. Such tensions might be on the rise as the Biden administration pledges to keep a keen eye on human rights and democracy when it comes to foreign relations, with Saudi Arabia being already under the spotlight.

Therefore, the Gulf monarchies and other actors in the region are more likely to cooperate with rather than confront Russia and possibly leverage these ties to water down requests from Washington and the like. This seems to be the case for Sudan as well, which has recently conducted deeply transactional negotiations with Washington around being delisted as a state sponsor of terrorism. The announcement of the Russian base probably accelerated the implementation of the accord too.

Besides political considerations, the Red Sea is already particularly crowded — the US and China both maintain military bases in Djibouti. Now the US will have to deal with Russia’s accrued military presence in a pivotal region. The main reason of concern is Russia’s increased capability to operate militarily in the proximity of two of the most relevant chokepoints of the world, Suez and Bab el-Mandab. Since 10% of the world’s trade and 9% of oil shipments cross these points every day, controlling them is of crucial importance for global economic stability and security. In the long term, Russia’s footholds in the Mediterranean and the Red Sea will affect the US control over Suez and Bab el-Mandab, bringing an intensification of global power competition and potentially turning these chokepoints into flashpoints. 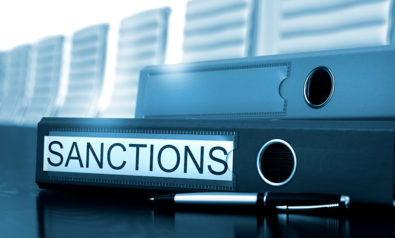