In 2016, Benjamin Netanyahu was the first Israeli prime minister to visit Africa in 30 years. The visit was consistent with his announced intent to rebuild Israel’s ties with the continent, especially East Africa, where his tour took him through Ethiopia, Kenya, Uganda and Rwanda. Narrowing down focus on the Horn of Africa, Israel has a long history of engagement in the region that dates back to the 1960s. The Red Sea has always been a vital waterway for Tel Aviv as it connects the country to East Africa, Asia and Oceania through the tiny outlet of Eilat.

This strategic imperative has always been confronted with the hostility of nearly all the states of the Red Sea and the Gulf of Aden basin. Only Ethiopia and Eritrea have maintained relations with the Jewish state in the past decades, though with some setbacks.

Not All Arab States Will Normalize Ties With Israel

Now, even relations with Israel might see a significant change in the Horn of Africa. The Abraham Accords, signed in September by Bahrain and the United Arab Emirates to normalize bilateral relations with Israel, have caused a diplomatic earthquake in the Middle East and beyond. On the one hand, the treaty turned Abu Dhabi into a broker facilitating dialogue between its regional partners and Israel. On the other, the accords showed the friends and foes of the United States that there is a file rouge between their ties with Washington and their relationship with Tel Aviv.

The Abraham Accords were undoubtedly part of an effort of the US administration to garner a foreign policy success ahead of the November presidential elections. Yet this policy might stay in place longer, even with a Democrat at the White House. The Horn of Africa mirrors the Middle East in many aspects, and the recognition of Israel might be yet another one.

Perspective Allies in the Horn

On October 23, US President Donald Trump made a double announcement about Sudan. He first revealed Khartoum’s intention to normalize ties with Israel. Then he removed Sudan from the list of state sponsors of terrorism in exchange for the payment of compensation for two terrorist attacks against American embassies in which the regime of erstwhile Sudanese dictator Omar al-Bashir was involved. The recognition of Israel clearly came down as an additional request for the delisting of Sudan — an indispensable, long-awaited measure that will allow international aid to flow into the country and help Prime Minister Abdalla Hamdok to address the deepest economic crisis in decades.

But the issue of normalization with Israel is a highly contentious one for Sudan. The two countries have a conflicting history. The Jewish state has financed and trained South Sudanese guerrilla groups in the past, while the Arab country has long served as an operational base to ship weapons and aid to Hamas in Gaza. Not surprisingly, the announcement of the normalization sparked protests in Khartoum and led the Islamist National Umma Party to declare its withdrawal from the government coalition. Against this backdrop, the agreement does not seem under immediate threat since the levers of power ultimately remain in the hands of General Mohamed Hamdan “Hemedti” Dagolo and General Abdel Fattah al-Burhan, who chair the Sovereign Council. The two generals benefitted from the UAE’s and Saudi Arabia’s military and financial support, with Abu Dhabi especially keen to see Sudan build stronger relations with its new ally, Israel.

Eritrea is another country set to move closer to Tel Aviv. Eritreans received crucial military assistance from Israel during the liberation war against Ethiopia. After obtaining independence in 1991 after 30 years of conflict, Asmara went beyond establishing diplomatic relations and reportedly offered Israel a concession to open a military base on the island of Daklah, strategically located in the Red Sea. However, Eritrea’s growing isolation in the mid-2000s pushed President Isaias Afwerki more into Iran’s sphere of influence and, subsequently, on a collision course with Israel. The Asmara-Tehran alignment then became a key strategic concern for Saudi Arabia and the UAE since Iran allegedly used Eritrean soil as a logistics base to smuggle weapons to the Houthi rebels in Yemen.

This concern prompted the Saudi and Emirati engagement in Eritrea, with Asmara ultimately realigning with the two Gulf states as signaled by the port concessions offered to the Emirati DP World and Eritrea’s membership in the Saudi-sponsored Council of the Red Sea and Gulf of Aden. Now, with mediation by Abu Dhabi, even relations with Israel might be back on the table if President Afwerki decides to soften his country’s international isolation through a rapprochement with the United States.

The third actor on the list might be Somaliland. The Somali breakaway republic, which emerged from the collapse of the state back in 1991, is probably holding talks with Tel Aviv, as the chief of Israel’s intelligence agency, the Mossad, Eli Cohen, suggested in a recent interview. Here again, the UAE seems to play a crucial role. Somaliland has become a strong Emirati partner in recent years because of its strategic location looking out to the Gulf of Aden and southern Yemen. The alliance between Abu Dhabi and Hargeisa took shape around the concession of the port of Berbera to DP World and the construction of an Emirati airbase nearby.

The UAE is very well positioned to bring Somaliland and Israel closer. Besides gaining a useful security partner in the fight against al-Shabaab, Hargeisa might see a rapprochement with the Jewish state as valuable political capital to sell to Washington in exchange for advancement in the process of recognition of its independence from Mogadishu. But Somaliland is not the only Somali state to enjoy strong ties with the UAE. Puntland in the north and Jubaland in the south are ruled by state governments similarly aligned to Abu Dhabi that could also require Israeli assistance against terrorism or even the Somali federal government in the future.

Last but not least, there is Ethiopia. Addis Ababa and Tel Aviv resumed bilateral diplomacy in 1989, when the Derg military regime was toppled in Ethiopia. After years of clement relations, in September 2019, Prime Minister Abiy Ahmed took a successful visit to Israel. On that occasion, he signed a joint declaration with Benjamin Netanyahu that underlined their intention to foster cooperation, particularly in terms of bilateral trade, as well as military, economic and technological assistance. In this specific situation, it might be Israel that pulls the brakes on cooperation in order to avoid any steps that might antagonize Egypt, currently at loggerheads with Addis Ababa over the Ethiopian Renaissance Dam project on the Blue Nile.

Finally, the two remaining states in the Horn of Africa, Somalia and Djibouti, do not seem willing to reproach Israel. The reason for that can be found in the relations that these countries enjoy with Turkey and Qatar as well as in the lack of incentives from the United States to move in that direction.

Given Israel’s new posture in the Middle East and Africa, more states might be willing to open to Israel — or be pressed to do so — in order to improve their relations with the US and the UAE. Yet the Palestinian issue is still a contentious topic in the vast majority of the Muslim and the post-colonial world. This makes bilateral relations with Israel a divisive issue, both in domestic and regional politics. At the domestic level, recognition of Israel is often perceived as a betrayal of the Palestinian people, especially in those countries where the Muslim Brotherhood or other Islamist movements are active, such as Sudan.

At the regional level, the Turkey-Qatar axis firmly opposes any opening to Israel and has deep political, economic and security ties with many state and non-state actors across the Horn of Africa. Consequently, any agreement with Israel is likely to fuel internal dissent and entrench regional polarization at the same time. While new bilateral relations are always good news for the international system, normalization with Israel should be handled more carefully than other rapprochements. 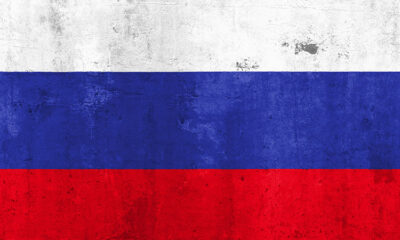 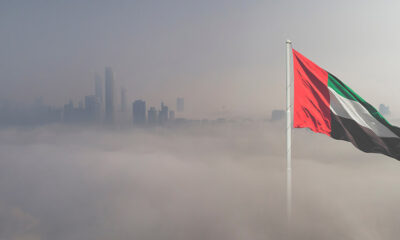 China’s Place in the Abraham Accords 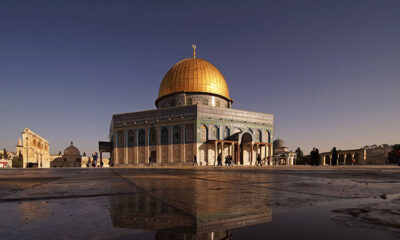