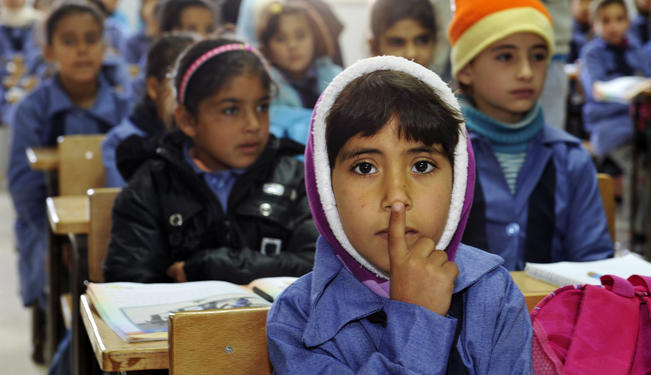 A groundswell of Syrian refugees pouring into Jordan threatens to increase social and political tension as a result of greater claims to limited resources and differing perceptions of refugees’ rights and obligations. The risk for Jordan is heightened by the fact that it could upset King Abdullah’s cautious reform policy aimed at preventing widespread discontent from morphing into a popular revolt.

The unending flow of Syrian refugees into Jordan has placed acute pressure on the kingdom’s ability to cope with the crisis. It threatens to increase social and political tension as a result of increased claims to limited resources and differing perceptions of refugees’ rights and obligations.

In Za’atari, the Syrian refugee camp in a desert just south of the Jordanian-Syrian border, there are 110,000 refugees from the brutal civil war between Bashar al-Assad and his opponents or about a quarter of the total number of Syrians in Jordan. This water-starved nation has seen its population grow by about eight percent as a result of the refugee influx. Jordanian and United Nations estimates suggest that the Syrian population could increase to 600,000 by April and up to a million by the end of the year.

A Sense of Entitlement

Consequently Jordan is facing an acute water crisis brought about by increasing demand for water by the refugees. Jordanian aid workers complain that the Syrians have little concept of water conservation, a sensitive issue. The Syrians see no problem in their bringing more water trucks to the camp. Underlying the exchange is the sense of entitlement among Syrian soccer players among the refugees that reflects the refugees’ belief that they are paying with their blood for being abandoned and betrayed by Jordan and the Arab world and the international community.

The concern about the potential fall-out of mounting claims on limited resources coupled with regular clashes between refugees and security forces in Za’atari, and growing worry that militant Islamists are emerging as a dominant resistance force, has prompted a review of Jordan’s policy that could increasingly rope it into the conflict.

Convinced that the Assad regime is trying to destabiise Jordan by targetting the Dera’a region in southern Syria and forcing its residents to flee across the border, Jordanian officials are looking for ways to help Syrian civilians stay on their side of the border. At the same time, they are preparing for a potential opening of the flood gates should rebel forces gain control of crossing points on the Syrian-Jordanian border.

Senior officials in King Abdullah’s court pore over detailed maps seeking to figure out ways of establishing a safe zone inside Syria similar to that created by Turkey on its border 30 kilometers inside Syria. The zone serves as a safe haven for refugees fleeing Aleppo and other confrontation points in the north of the country.

That is a more difficult undertaking in southern Syria with Damascus close by as the focal point of a make-or-break battle between the rebels and Assad’s forces.

As a result, Jordan has quietly started allowing arms funded by Saudi Arabia and others to reach the rebels through its territory in a bid to strengthen rebel forces in Damascus and the south. It hopes that they will contribute to stemming the exodus as well as redress the balance between Islamist militants and moderates within the armed resistance.

Amid an 80% drop in trade with Syria and reduced transit trade to Europe and the Gulf, and increased shipping costs for Jordanian exports, the potential for rising social tension is enhanced by the pain of austerity measures promised by the government to maintain the support of the International Monetary Fund for Jordan’s economic reforms and stepped up budgetary pressure as a result of more people benefitting from subsidised pricing of bread, electricity and gas and greater stress on education and health care. Already schools are forced to revert to a double shift system abandoned a decade ago while officials predict power blackouts in the near future.

Past the Breaking Point

The potential for increased social tension in Jordan is fuelled by a sense among both officials and the public that Jordan as the host of the largest number of refugees in the region is paying the price for what they see as reckless Saudi and Qatari support for the more militant opposition forces. Some Gulf states moreover have yet to live up to their pledges to help Jordan fund the cost of the refugee influx.

Back in Za’atari, the Syrian coach alongside UN agencies and international and Jordanian NGOs including the Asian Football Development Project, employ soccer to reduce tensions, focus energies, empower conservative women from rural Syria and forge a sense of community in a makeshift town that ranks among the country’s top four urban centres and has already witnessed damage of hundreds of thousands of dollars as a result of vandalism.

With frustration prompting refugees to bite the hand that feeds them and irritation mounting among Jordanians as King Abdullah seeks to manage external threats and domestic discontent, Jordanian planning minister Jafar Abed Hassan voices a concern among officials and the public alike: “We’ve passed the breaking point. I don’t see who is going to provide answers.”