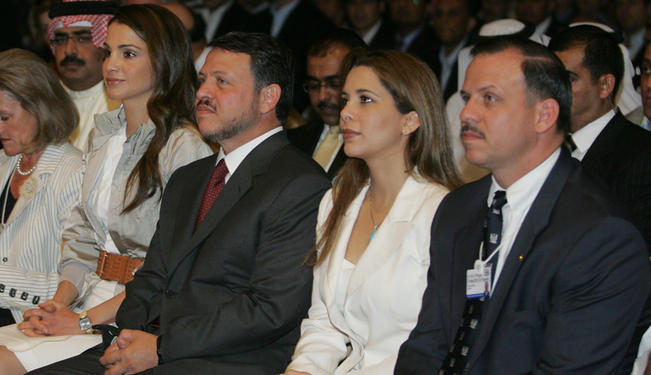 Jordan is one of the few monarchies in the Arab world to retain control of its government, but the boycott of elections may be the beginning of the end for King Abdullah. A considerable concession of power to his legislature will be necessary in order for the king to remain on his throne.

While political change courses through the region, Jordanian King Abdullah II finds himself leveraging his power against his throne. Although Jordan remains one of the last Arab countries not to experience an uprising, the parliamentary elections may be the catalyst for political upheaval. While the elections themselves present a semblance of change, the lack of participation by opposition parties (in particular the Muslim Brotherhood) is likely to generate a 17th parliament that is only marginally different from its predecessor.

The Islamic Action Front (IAF), the political arm of the Muslim Brotherhood (MB), has led efforts to boycott the parliamentary elections due to lack of reform and limited concessions from Abdullah. Protesters in Amman are demanding a more deliberate move toward a constitutional monarchy that features an elected prime minister. Currently, Abdullah retains ultimate control of the appointment of both prime minister and Senate.

Despite the king’s control, Jordan remains one of the most tolerant when it comes to licensing political parties. Some within the opposition suggest that this tolerance is a façade because the system itself favors tribal affiliations rather than party platforms.

One party to benefit from Jordan’s tolerance is the IAF. Although many counties in the region have chosen to ban the Brotherhood, Jordan has allowed the IAF as an established party for years. Brotherhood members have even held top positions within the government. While the MB has been a political voice in Jordan for decades, the Arab Uprisings have presented an opportunity to demand legitimate power (a chance that the MB has seized in Egypt and Tunisia).

Partly as a result of the MB's boycott of the upcoming elections, the candidate pool bears a shocking resemblance to the previous parliament, whose elections the MB boycotted as well. According to Al-Arabiya’s Daoud Kuttab, a study conducted by Radio Al-Balad showed that 139 candidates in the upcoming elections have served in previous parliaments, including 68 that served in the 16th Parliament. The similarity between this and previous years comes as an unwelcome surprise to many hoping for drastic change in light of Arab Uprising protests and civil unrest in neighboring Syria.

While there will be some cosmetic changes — the 17th Parliament will have 150 members, 30 more than the previous legislature — very little will change in terms of the power struggle between elected officials and the king. With the opposition boycotting the election, Abdullah will have difficulty ushering a peaceful transition while still retaining his power.

One of the biggest failures of Jordan’s electoral process is that it favors tribal leaders and does not accurately represent the Palestinian majority in major cities, who would likely vote for Muslim Brotherhood candidates if given the opportunity. In spite of nearly two years of reforms introduced by the king to prevent uprisings similar to those in the rest of the region, this disenfranchised group could present a serious challenge to his stability if he cannot appease them.

If the king is unwilling to concede to further Brotherhood terms, Jordan will inevitably experience the same style of uprisings we have seen in the Arab world since June 2010. While Jordan remains one of the few monarchies to retain control of its government, a considerable concession of power will be necessary in order for Abdullah to remain on his throne.