While preferring a traditional lifestyle, the Kuna people of Panama still need basic necessities for a better way of life.

The island of Achutupu can be found within what is today known as the Comarca de Guna Yala, a thin 226 kilometer-long strip along the Caribbean coast. Formally known as San Blas, and later as Kuna Yala, the Comarca de Guna Yala is home to the Kuna people, an indigenous group of Panama and Colombia. The Comarca consists of nearly 400 small islands and, according to the Kuna people, there is one island for each day of the year. Despite its numerous islands, however, the Kuna only inhabit 59 of them.

With a population of around 1,000 people, Achutupu is one of the more crowded islands. After a bumpy 45-minute trip on a tiny plane, I arrived on the Achutupu airstrip. It was a stifling hot day and the sun was scorching. The air was humid and dry. Before the plane door even opened, I could already feel the sweat dripping down my back.

As I made my way off the plane, a Kuna woman dressed in traditional clothing approached me. “Nuegami”(welcome, in Kuna), she said, as she collected my $1.25 entry fee and directed me over to the customs area. Customs consisted of an open-faced shelter with a thatched roof and a few wooden benches.

From the airstrip, along with a group of Kuna people, I was taken in a small boat, or cayuco, to the neighboring Achutupu island. About ten minutes later, I stepped onto what would now be my new home for the next month. The island was crowded with huts, while small Kuna children ran around, shouting and playing. When they saw me, they stopped to observe my arrival. As I unloaded my backpack, I received many inquisitive looks from people, as I was the only waga (foreigner) for miles around and surely they wondered why I was there.

The main purpose of my visit was to find out about the Kuna, their culture and way of life, and to learn their customs and integrate myself into their society. I also worked on community development projects on the island, including leading workshops and teaching English. I stayed in a small two-room house with a thatched roof and slept in a hammock.

The Kuna people have innate strength and have developed a cohesive, cooperative society. They want to preserve their unique culture while at the same time developing the economy. Despite the prevalent poverty and lack of development, they are not faced with the problems of rampant violence and gang activity, which plague some of their Central American neighbors.

The island itself was very different from the images I had previously envisioned of untouched pristine beaches. The island didn’t have a garbage disposal system, so people simply threw their trash into the ocean, much of which just washed back up onto the beach. The water was polluted from the trash, but also from human waste. Since most families didn’t have plumbing, using the bathroom consisted of a walk to the coast. Some families had an outhouse over the ocean. On the bright side, however, there were some nearby islands with very clean beaches that were just a cayuco ride away.

Over the next month, I integrated myself into the Kuna society. When I wasn’t teaching or leading a workshop, I spent my time talking to the Kuna people about their lives and experiences, learning how to make a mola (handmade cloths), attending church ceremonies and reading to the children. I found a few people on the island who spoke Spanish, so I was able to communicate with them and they often helped me with interpretations from Kuna. Despite this, however, I also learned enough Kuna to get by on a day-to-day basis.

The Kuna diet is very basic and consists mainly of fish, coconut, chicken, eggs, tortillas and plantains. Rather than having restaurants, Kuna families open their homes and charge a small fee for meals. The going rate for a lobster was around a dollar, but some families didn’t charge me anything. In fact, when I tried to offer one family in particular some money, they refused to take it, saying they didn’t charge friends to have dinner with them. This was a family that had five young children to feed and had very little income.

Having achieved independence from the government of Panama in 1925 following an armed conflict, the Kuna have their own system of governance, while their official language is Kuna. Isolated from the rest of the Panama, they live a traditional way of life, which is a simple, peaceful existence that is reliant on nature for basic needs.

The Kuna are a conservative society. Despite the extreme heat and island environment, you won’t find anyone wearing a bathing suit or any other revealing clothes. The men typically dress in T-shirts and pants, and the women wear colorful handmade dresses, or tulemolas, bearing traditional molas on their chests. The artistry of the mola is largely inspired by traditional Kuna culture, as well as influences of the modern world. On their arms and legs, they wear multicolored beaded bracelets, known as winnis (in Kuna) or chaquiras (in Spanish), which are believed to protect against bad spirits.

In my time there, I wondered: What did the Kuna dream of? When I posed this question to them, someone — who we’ll call Javier — said he dreamed of giving more to his family. That everything he did was to provide for them and to give them a better life. He dreamed of success for his children and that they would continue their education. On the island, school stops at the sixth grade. For many, this is where their education ends and their working life begins. This, however, was not Javier’s vision for his own children. He and his wife confessed that when their children finish school, they want to send them to the United States to get an education.

While many Kuna have adopted a more modernized lifestyle and migrated to Panama City and other developed areas, not all share the vision of leaving the Comarca to continue their education or search for jobs. Many are perfectly content with their calm lifestyle in Kuna Yala and have no plans to leave. This group of Kuna prefers a more traditional lifestyle and do not desire modernization, but they still want and need basic necessities such as water and education.

The future for Kuna, however, is uncertain. They desperately need facilities such sewage and trash disposal systems and potable water. In terms of education, while there are plans to expand the school to include more grades — up to ninth grade — there remains a lack of teachers and class sizes are very large. Most classes have over 40 students. The school itself is in poor condition and needs repairing. When it rains, teachers are forced to cancel classes due to holes in the school’s roof.

The Kuna continue to benefit from the assistance of volunteers from organizations such as Fundacion Uaguitupu, a nongovernmental organization (NGO) that promotes the welfare of the Kuna communities inAchutupu. Dental and ophthalmological teams are sent by the organization to the island every year to assist over 600 students. These volunteer efforts are certainly beneficial and will hopefully be ongoing, but they do not address the fundamental problems of poverty and a lack of infrastructure. By developing a local, self-supporting economy, the Kuna’s living standards and environment could improve significantly. Micro financing has showed promise in other underdeveloped societies and this could be an asset to Kuna.

The Kuna people have innate strength and have developed a cohesive, cooperative society. They want to preserve their unique culture while at the same time developing the economy. Despite the prevalent poverty and lack of development, they are not faced with the problems of rampant violence and gang activity, which plague some of their Central American neighbors. The obstacles are formidable and, at best, this will be a slow and difficult process. In the meantime, the hopes and future of the youth will lie in Panama and with those dedicated to improving the lives of the Kuna people. 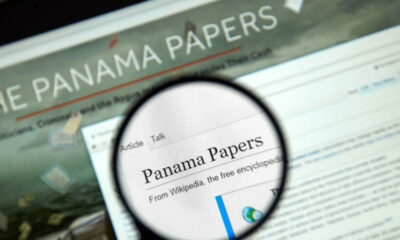 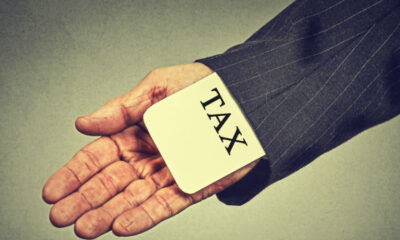 What the Panama Papers Have To Do With America 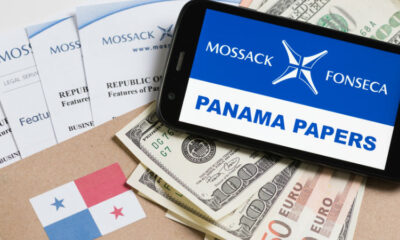