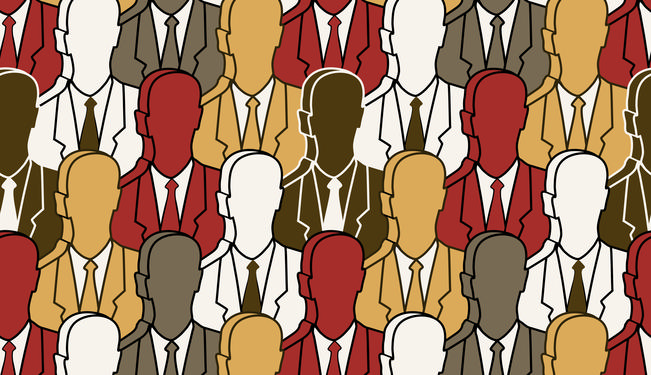 A populist message is usually simple, but the explanation for the rise of populism in Europe is not.

The European integration project started after WWII as an attempt to overcome nationalism as the source of the militant conflicts that destroyed and divided the continent. Two decades after the fall of the iron curtain, and just a few years after the successful reintegration of central and eastern European countries into the European Union, there have been a wave of nationalist tendencies. These can no longer be seen as isolated phenomena, brought about by specific domestic conditions or as a long-term consequence of the east-west divide. It seems rather to be a European-wide trend, although it appears in different forms and dimensions from country to country.

Empirically one can see the political pendulum swinging from the center to more extreme positions – mostly to the right – but in some cases also to the extreme left end of the spectrum. But “right” does not mean the same in each country. A conservative in Germany might be considered liberal or even left-wing in the USA.

In the European Parliament (EP), the majority of conservative parties work together under the heading European Peoples Parties. They are the biggest group in the EP and, as conservatives, they are considered right-wing.

To the right of this moderate forum of conservatives is a selection of groups with ultra-conservative, nationalist and even xenophobic political positions. This is a relatively new phenomenon. It challenges the original ideas of reconciliation, integration and overcoming nationalism by interdependence, but it is not specifically an EU problem and reflects the pluralist nature of the EU member states. Supporters of European integration might hate this new trend, but the EU is not a religious concept that bans opposition or forbids being questioned or criticized. Instead, the growing numbers of EU-sceptic Members of the European Parliament (MEPs) question the permissive consensus that European integration is a good idea per se, or at least good for their country. By doing so, they force the integrationist MEP to try harder in getting closer to their citizens and in  finding solutions for the urgent problems inside and outside the EU.

One explanation for the rise of right-wing parties, nationalist ideologies and populism in general is that they focus on the domestic situation of a society. Either there is no competitive left-wing party (as in Turkey) or the left-wing governments lost elections (as in Germany) after a long phase in power (as in the UK) or as the consequence of political scandals or other forms of bad governance (as in Hungary).

In most European political systems, parties win elections if they manage to position themselves where the median of the electorate is located. This strategic positioning might be good for winning elections, but it is bad for the profile of a party, because the differences between the main competitors blur and programmes often look opportunistic.

This is the time for populist and often extremist alternatives. If they successfully manage to establish themselves as an option for voters who simply want to express their opposition, the parties of the establishment have to respond. They can become more radical in their positions (as the neo-Nazis in Greece did), more populist with simplistic messages (as the Independence Party in the UK did) with myths (like the Front Nationale in France or the Neofascists in Italy, who present migrants as the reason for unemployment, crime and problems of the welfare state in general) or they can try to please their electorate with benefits and privileges (as the Greek PASOK and NEA before the financial crisis), or with symbolic actions (as the Fidesz in Hungary and their actions against Roma).

A second explanation has to do with the level of development and socio-economic conditions in the EU member states. Western and northern countries have a longer tradition with liberalism and social-democracy as well as social movements. Eastern and southern societies are more conservative, relatively speaking. Religion, history and tradition still matter more in public life. In the countries on the former eastern side of the iron curtain the transformation process is still going on.

Another explanation sees this phenomenon as related to the times of crisis. The crisis offers populists and nationalists the chance to mobilize public support against the EU, which is presented as a part of the problem or even hostile. The EU is not doing enough or too much, it does not understand the specific situation and it constrains alternatives. Since the problem is complex and the EU`s decision-making processes are complicated, it is relatively easy for populists to use Europe as a scapegoat. They activate stereotypes that still exist under the thin civilized surface of their respective collective memory. Narratives of “us and them” put the nation in the position of a victim and a condition-taker. Tabloids simplify the problem, and in their black and white pictures the EU is almost never the good guy and appears to be the national enemy instead.

Homemade problems can be solved with homemade solutions. Functioning democratic systems can fight forms of right-wing extremism or even terrorism as one can see in the nation-wide response in Germany to the newly discovered subversive neo-Nazi terrorist cell called the NSU. Education, social integration and functioning institutions in cooperation with a strong and multifaceted civil society are the best possible responses to right wing ideologies.

If the financial and debt crisis, instability and the consequences of this redistribution are the driving forces behind nationalistic trends then intelligent socio-economic responses on all levels of governance are an appropriate way to deal with the problem. If the EU manages to improve the economic conditions in societies that have been suffering from the debt crisis it will be harder for populists to get their messages through. But since the debt crisis has first and foremost structural causes that require painful reforms, quick and simple recipes should be ruled out; the EU cannot just throw money at problems – as it has often done in the past – to find public support.

If Europe is perceived as part of the problem and not as a solution the answers are more complicated to find. The EU is not only a cultural, economic and political community, but also one committed to the rule of law. The enforcement of European laws and regulations makes it harder to find public support because the costs are obvious but the gains are more abstract, such as in the case of the structural reforms. Here the EU and the IMF insist on changes as a necessary precondition for the further financial support of Greece. But these adjustments cause new social problems, at least in the short-term.

Therefore the solution must be a balanced strategy of national reforms flanked with EU political and financial support. This might not be sufficient to fight anti-European populism in the member states, but it is what the EU stands for, what it is supposed to do and what it hopefully can do best – finding a solution based on a compromise among conflicting positions.