The targeting of the Stade de France fits the goals of the Islamic State to polarize French society and exacerbate social tension.

Zouhair, a security guard of immigrant background, was one of several officers who prevented three suicide bombers from entering the Stade de France in Paris. The terrorists were forced to blow themselves up outside the stadium and at a nearby McDonald’s.

Little is publicly known about the background of Zouhair, who described to The Wall Street Journal what happened at the soccer stadium where French President Francois Hollande was among 80,000 people watching an exhibition match between France and Germany.

What is clear, however, is that Zouhair represents a significant view among members of France’s Muslim community, even if many French Muslims feel sidelined, marginalized and hopeless in a country that has yet to come to grips with becoming an immigrant society.

Like Ahmed Merabet, a police officer killed in Paris on January 7 when two brothers attacked the office of Charlie Hebdo, Zouhair was standing guard for a symbol—the French national soccer team—that disillusioned Muslim youth have come to reject as not representing them. Instead, these youth often support the national teams of Algeria and Morocco and in some cases of other African states. Their rejection is akin to notions among militant soccer fans in Egypt who, in the past, refused to support their national team because it was then-President Hosni Mubarak’s squad, not Egypt’s.

The juxtaposition of Zouhair, the security guard, and the three Muslim suicide bombers suggests that the Stade de France was chosen as one of several targets for the Paris attacks not simply because of the large number of people present. The juxtaposition was further thrown into sharp relief with an announcement by French midfielder Lassana Diarra that his cousin had been killed at the Bataclan concert hall while he was playing in the stadium.

The targeting of the stadium fits the goals of the Islamic State (IS), which has claimed responsibility for the attacks, of polarizing communities, exacerbating social tensions and driving the marginalized further into the margins.

The Stade de France is one of ten French stadiums slated to host the Euro 2016, the first major international soccer tournament in France since the 1998 FIFA World Cup.

By focusing almost exclusively on stepped-up security and declaring war on IS—who France and Europe have already been at war with since 2014—against the backdrop of mounting anti-Muslim sentiment, European leaders risk becoming the Islamic State’s unwitting helpers. By failing to adopt social and economic policies at home that would undermine IS’ attraction to disaffected youth who feel they have little to lose, these leaders exasperate the very divide between Zouhair and the suicide bombers that has turned the French national soccer team—a reflection of France at both its best and its worst—into a divisive symbol.

Some analysts suggest that the Paris attacks may mark the beginning of the end for IS, with calls for a far more robust military confrontation in Syria and Iraq. The problem is that the battlefield stretches far beyond the Islamic State’s bases in the Middle East and would not be resolved by simply defeating the jihadist group.

The struggle against what IS represents needs to be waged in a number of places: In the group’s capital of Raqqa and in the dismal banlieues, or suburbs of French cities, that furnish the jihadists with the largest contingent of European fighters; the populous neighborhoods in Tunisia, whose citizens account for the single largest group of foreign fighters in Syria and Iraq; in Saudi Arabia, whose nationals account for the second largest number of foreign fighters and whose decades-long effort to propagate a puritan, intolerant interpretation of Islam has been a far more important breeding ground for jihadist thinking than the writings of militant Islamist thinkers like Sayyid Qutb; and in Western capitals led by Washington who view retrograde, repressive regimes like those of Saudi Arabia and Egypt as part of the solution rather than the problem. The fallout of the failure of French governments to wage war on discrimination and marginalization at home as fervently as Hollande is likely to wage war against the Islamic State is reflected in the ups and downs of the French national team. When the team with a majority of players from an immigrant Muslim background won the 1998 World Cup, it was feted as a model of successful French multiculturalism. The team’s success was celebrated by Frenchmen irrespective of their cultural and ethnic background.

Little was left of that success just over a decade later, when the soccer team became an embarrassment for France during the 2010 World Cup in South Africa. Its players revolted, refused to train and were denounced as having shamed France at the very moment that their German rivals captured the crown of successful European multiculturalism.

In the 12 years between victory and humiliation, France witnessed its worst race riots in the heavily Muslim populated banlieues of major cities. Zinedine Zidane, widely viewed as one of his generation’s best players, was showed the red card during the 2006 World Cup for head-butting another player. In 2014, celebrations in France following Algeria’s progression through the group stages of the World Cup sparked riots, which prompted National Front leader Marine Le Pen to demand the reversal of a law that allows French citizens to hold dual nationality.

“In this climate of terror, it is important for all of us who represent our country and its diversity to speak out and stay united in the face of a horror that has neither color, nor religion. Let us together defend love, respect and peace,” Diarra said.

His appeal is as much incumbent on Muslim leaders as it is on Hollande and European politicians in an environment of mounting Islamophobia and anti-migrant sentiment. 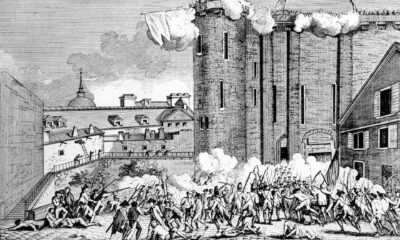