With growing anti-Semitism in Europe and the Middle East, Holocaust Memorial Day matters more than ever.

On January 29, 1945, Victor Klemperer, a Jewish academic in Dresden, recorded in his diary being told by a friend about a speech on the radio given by the émigré writer Thomas Mann:

“According to it, the Germans had murdered one-and-a-half million (the figure was given down to the last hundred) Jews in Auschwitz, and ground down their bones to use as fertiliser. The exact figure was owed to German thoroughness, a record had been kept of every single dead Jew, and thanks to their surprise advance the Russians had found the books.”

Klemperer made no further comment. Whether this was because he was overwhelmed by the moral enormity of what he had heard, or because, after 12 years of meticulously observing and recording the intensifying Nazi persecution of the Jews, he was just too weary, is not clear. Certainly, he knew that his own position at this point was incredibly precarious, and that he too was likely to be murdered as the Nazi regime collapsed.

Soldiers of the Red Army had entered the huge Auschwitz-Birkenau concentration camp two days previously on January 27. There they found a few thousand emaciated survivors, vast stores of clothing and shoes, and the ruins of gas chambers and crematoria. It soon became clear that Auschwitz had been a center for the extermination of the Jews, as well as a place of incarceration and torture for prisoners from all over Europe.

The day of liberation, January 27, was, more than half a century later, adopted as Holocaust Memorial Day. At the heart of this commemoration is the commitment to learning about the Holocaust and other subsequent genocides, in the hope that knowledge may help “to create a safer, better future.”

It took a while for comprehension of the Holocaust to accumulate during the war. The Nazis began the mass murder of Europe’s Jews in the summer of 1941. Details of the mass shootings of Jews in the former Soviet Union were decrypted by the British at Bletchley Park early on, but it was when the Nazis began gassing Jews in highly secret camps in Poland in 1942 that news of this leaked to the outside world, through numerous channels. In deliberately vague terms, Adolf Hitler and Joseph Goebbels made it perfectly clear in public pronouncements that they were carrying out the extermination of the Jews. In 1943, 1944 and 1945, as the physical sites of the Holocaust were uncovered, survivors liberated and perpetrators captured — starting with the liberation of Ukraine in 1943 — a more detailed picture unfolded. Unsurprisingly, as with the second-hand reporting of Thomas Mann’s radio speech, which Klemperer heard, there were inaccuracies and confusions. The Germans had not recorded their crimes meticulously. They had, in fact, worked very hard to obscure them, burning the bodies of their victims, destroying death camps and avoiding committing crucial orders to paper.

Even key perpetrators were ignorant of the bigger picture — and very confused about details. When Rudolf Höss, the commandant of Auschwitz between 1941-44, appeared as a witness at the Nuremberg trial of the major war criminals in April 1946, he freely confessed that a total of 3 million prisoners had died there during that period. Today, there is a scholarly consensus that approximately 1 million Jews were killed at Auschwitz.

It wasn’t until the early 1960s, after the trial of Adolf Eichmann and, separately, of a number of former Auschwitz guards in Frankfurt, that serious scholarly investigation of the Holocaust commenced. The publication of Raul Hilberg’s The Destruction of the European Jews in 1963 inaugurated a period of painstaking research into different aspects of the Holocaust, which still continues. No aspect of modern European history has been more intensively researched or more furiously debated.

Academic study has been complemented by documentary films, a huge mass of memoirs, philosophical, sociological and theological commentaries, and biographies of individuals involved. The enormous popularity of feature films about the Holocaust and of Art Spiegelman’s cartoons in Maus have ensured that representations in popular culture have contributed significantly to our wider understanding.

Since 2001, the Holocaust Memorial Day Trust has used commemorative activities to educate great numbers of schoolchildren and other members of the public in different countries. Around the world, Holocaust museums and memorials have proliferated. Significant collections of Holocaust-related materials have been developed online.

Holocaust Memorial Day will again be observed, accompanied by ceremonies, educational activities and media events. This year being the 70th anniversary of the liberation, there will be a particular focus — but, unequivocally, we still need this structured memory. In Europe and the Middle East, anti-Semitism is growing. Intolerance, racism and cruelty are the staples of our daily news diet, and we are witnessing the worldwide growth of an ideology that rejoices in killing its opponents. Holocaust Memorial Day matters more than ever. 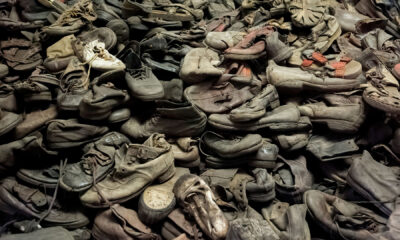 Paranoia and the Perils of Misreading 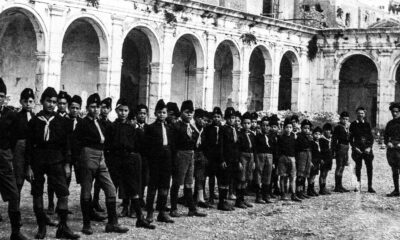 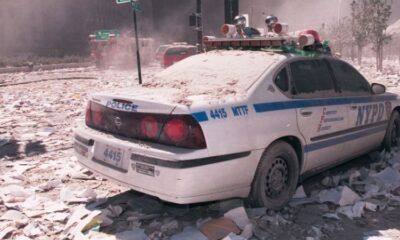