Like Thatcher with apartheid South Africa, David Cameron’s government has firmly placed itself on the wrong side of history.

In the United Kingdom, Palestinian rights activists and organizations supporting Palestinian liberation are under attack.

Organizations like Friends of Al Aqsa (FOA) have had their bank accounts closed without an explanation, and Prevent—a controversial government strategy aimed at countering extremism—is being used to target Palestinian supporters. Those recently targeted by Prevent include a schoolboy who was questioned by anti-terrorism police because he wore a “Free Palestine” badge to school.

Now, in the most serious and direct move, the British government has declared that boycotting Israeli goods and services will be become a criminal offence for public bodies and student unions. The official announcement of the ban will be made by Cabinet Office Minister Matt Hancock when he visits Israel this week.

According to a report by The Independent, under this new law: “All publicly funded institutions will lose the freedom to refuse to buy goods and services from companies involved in the arms trade, fossil fuels, tobacco products or Israeli settlements in the occupied West Bank.” Those who continue to pursue boycott activities will face “severe penalties.”

The government’s reason for the crackdown on the boycott movement is that it “undermined good community relations, poisoned and polarised debate and fuelled anti-Semitism.”

Critics, however, see it as an attack on democratic freedoms. A spokesman for British Labour Party leader Jeremy Corbyn told The Independent: “The Government’s decision to ban councils and other public bodies from divesting from trade or investments they regard as unethical is an attack on local democracy.

“People have the right to elect local representatives able to make decisions free of central government political control. That includes withdrawal of investments or procurement on ethical and human rights grounds.

“This Government’s ban would have outlawed council action against apartheid South Africa. Ministers talk about devolution, but in practice they’re imposing Conservative Party policies on elected local councils across the board.”

Hancock said local authorities who made the decision to boycott Israel were a threat to Britain’s national security. The move has been welcomed by pro-Israelis, including the Conservative Friends of Israel chairman, Eric Pickles, who sees the boycott movement as an “attempt by the irresponsible left to demonise Israel.”

In recent years, and particularly since the 2014 Gaza War, the Boycott Divestment and Sanctions (BDS) movement has gained a lot of support. Those who join the growing movement see it as a measure to combat Israel’s aggressive settlement projects and attacks in Gaza, and the ongoing occupation of the Palestinian Territories.

In June 2015, the National Union of Students (NUS) voted to boycott Israeli goods in a show of solidarity with the BDS movement, a move that infuriated Israeli Prime Minister Benjamin Netanyahu. He accused the NUS of being “hostile to the truth.”

Several UK councils also supported the boycott campaign, including one of Britain’s biggest local authorities, Leicester City Council, which last year announced that it would not buy any products produced in settlements until Israel withdrew from the Palestinian Occupied Territories. Those councils wishing to boycott Israel have faced pressure from, mainly, Jewish groups. In December 2015, two Welsh councils were forced to reverse their decision after legal action was taken against them by Jewish Human Rights Watch.

It now appears that the British public’s peaceful approach to countering Israel’s occupation of Palestinian land and human rights violations is being criminalized. Like Margaret Thatcher’s government of the 1980s, which supported apartheid South Africa, David Cameron’s government has firmly placed itself on the wrong side of history.

And like the boycott movement that eventually ended the reign of South Africa’s white rulers, the one facing Israel is unlikely to end any time soon. Its shelf life is dependent on Israel’s actions: the occupation of Palestine.

If Israel chooses to end the illegal occupation of the Palestinian Territories today, the BDS movement against it would cease. Until then, human rights supporters everywhere will see it as the least they can do for the people of Palestine. 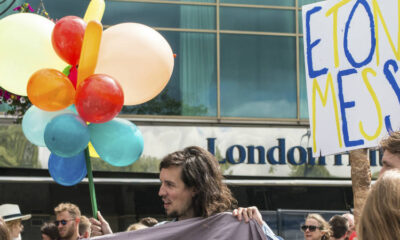 The Role of an Etonian Rivalry in Brexit 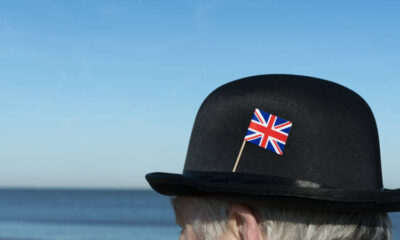