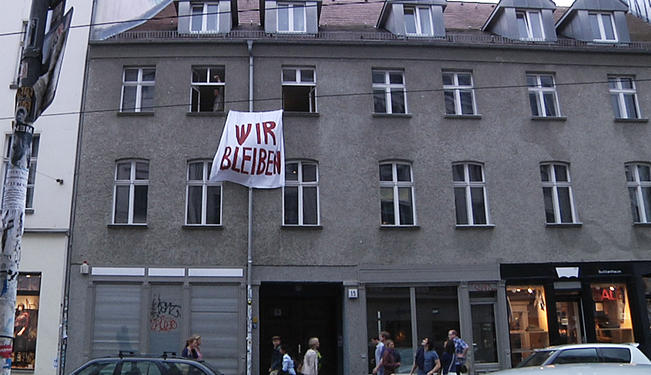 The Europe (to the power of) n project is a transnational collaborative art project founded to explore the possibilities of community in Europe today without transforming “us” into a substantial and exclusive identity.

The attempt of offering warm-hearted identification for its members mainly in their cultural programmes, mimicking principles of communities or at least encouraging them, can be seen as an obvious response to the EU´s more pragmatic attitude when it comes to politics and economy. Significantly there is an inherent contradiction within the European Union´s agenda. The strengthening of common values, shared identification and even emotional relatedness stands in sharp contrast to purpose and issue-driven agreement. Associations by agreement, and the EU is largely based on agreements, are instrumental in nature. They tend to attain certain ends whereas communities are taken as ends in themselves, following to a large extent a non-utilitarian approach. Whilst the allusion to community feeds the desire of living in kinship, the contractual society is associated – with good reason – with a capitalistic society that stands for the crisis Europe is currently deeply in. Small-scale neighbourhood-based communities and the large-scale competitive market society stand against each other.This is most probably the reason why communities are highly attractive to many people nowadays. However, difficulties are inherent in both society and community.The plea for communities does not seem to be able to solve the problem of how different agendas and fundamental disagreements can be carried out, and the legislative construct does not seem to be able to provide the ground for emotional identification and therefore significantly lacks passion.

The art project “Europe (to the power of) n” is deliberately operating within this dilemma – between shared and non-shared, consensual and non-consensual agendas. Ten curators from Brussels, Istanbul, London, Łódź, Minsk, Novi Sad, Høvikodden/Oslo, San Sebastián and Taipei and a great variety of artists were invited to think about Europe from the perspective of visual art. Each of them has carte blanche in how to approach Europe and how to translate possible European agendas into the particular contexts of the respective cities and countries and vice versa. However, common formats and activities related to the visual/spatial identity of the project and its communication have had to be considered. The project has been deliberately built in such a way that the participants are given space for individual expression at the same time as being subject to restrictions and a given structure. The balance between self-centredness and relatedness, between destructiveness and constructiveness is fragile on purpose.

From the outset, “Europe (to the power of) n” has aimed to investigate existing antagonistic spaces in terms of their potential for coming together in diversity. These antagonistic spaces are political, economic, social, and cultural (which these days also crucially includes the media) in nature; they interconnect and overlap, they attract each other, they repel each other and come into conflict. The conceptual framework has allowed the curators, artists, and the institutions involved to reconsider their own attitudes in light of other attitudes, articulate different approaches and seek out common ground – however temporary that might be. The structure has invited each participant to take up responsibility and to take aside for or against common agendas time and again. It claims to negotiate possible shared issues without having to deny differences in the respective views. In short: the project facilitates transmuting antagonisms into agonies, as Chantal Mouffe puts it, into “a vibrant agonistic public sphere”, in which different attitudes can be confronted with each other and conflicts are given "a legitimate form of expression". Practically speaking, “Europe (to the power of)” has led to a form of project organisation that has shares on both: on community and on contractual society. It combines sharing certain agendas on the basis of mutual trust and friendship with legal agreements that guarantee rivalling interests to be advocated; it connects non-utilitarian and utilitarian approaches.

The building where Annika Eriksson has been living since 2002 was built in 1755. It has survived centuries including two world wars. Layers and layers of history and memories are imbedded in this building. Its location is Berlin Mitte, an area which has been rapidly commercialised and can be seen as an example of how the free flow of capital can rapidly and irrevocably change lives, neighbourhoods and entire cities. This process is happening in Berlin, and also in other European cities, but it is happening in an extraordinarily violent way in this area. One year ago the building was purchased by a company, which informed the tenants that they were going to rebuild the homes into luxurious apartments and that everyone would have to move.

The video installation “Wir Bleiben / The Last Tenants” raises a certain awareness of the place, builds close collaborations with the protagonists and demonstrates a patient management of time. By asking the tenants – her former neighbours – to tell their story, Annika Eriksson provides us with a portrait of the building. In doing so, she reveals how the former public sphere of the GDR that has been dominated and pre-structured by power dynamics, has gradually degenerated into an arena pervaded by the powers-that-be until it reached its current late capitalist zenith. Some people living in five of the apartments have decided to stay and fight for the right to remain in the area where they grew up. For them there is still a wall and they belong to the east.

In her new work the artist reflects on this building as representing the past, present and the future of this city and also of Europe. For whom are these new cities? The work focuses on portraits of a number of the building’s tenants but not in a traditional documentary format. It is extraordinary to think that some of the tenants could have lived in this house until now, passing through pre-war times, Nazism, communism and now capitalism. The portraits of the individuals also form a portrait of the building, a ghost, a spectre or an empty soul. It deals with the past, with history, extending the site across the last three centuries to become a true matrix of European history.

Over the years, Swedish artist Annika Eriksson has produced a large number of works in which the perception of time, structures of power, and once acclaimed social visions are called into question. Many of these pieces revolve around people who are involved in group activities declaring their function within a broader social structure. Some of these scenarios are everyday life situations, which we regularly come across; to which Eriksson is alert, observing them with careful attention. Her work has been exhibited worldwide including Wattis Institute for Contemporary Arts, San Francisco, 2012, Künstlerhaus in Stuttgart, 2012, DAAD Galerie Berlin, 2010; Temporäre Kunsthalle Berlin, 2010; Hayward Gallery London, 2010; Venice Biennale, 2005; Kunstverein München, 2003; and Biennale de Sao Paulo, 2002.