Underlying the attack on the Charlie Hebdo magazine is a far greater threat than the brutalizing of freedom of expression.

Just like al-Qaeda’s audacious attacks on the World Trade Center in New York and the Pentagon in Washington on September 11, 2001, the raid by suspected jihadist militants in Paris on the French satirical magazine Charlie Hebdo will have far-reaching repercussions on multiculturalism. The pursuit of multiculturalism was an attempt by European nations to adjust to the fact that they had become immigrant societies.

Inclusiveness and respect for cultural differences, post-9/11, was replaced by policies such as language training that were designed to Europeanize foreign migrants but did little to tackle the economic and social marginalization of various immigrant groups. The result was increased alienation, coupled with radicalization of youth on the fringe who identified with a perceived brutalization of the Muslim world by autocratic and/or sectarian leaders in countries like Iraq, Syria, Egypt and Myanmar. That was perhaps al-Qaeda’s greatest achievement.

Driving a Wedge in French Society

Much like 9/11, the attack on Charlie Hebdo was designed to not only brutalize a symbol of Western freedoms and society, but also to reinforce a growing wedge in French society between an indigenous majority and immigrants. Days before the recent attack, a mayor of a Paris suburb refused to allow a Roma baby girl, who died on Christmas Day, to be buried in the local cemetery on the grounds that the cemetery had “few available plots” and that “priority is given to those who pay their local taxes.”

The jihadists’ strategy is designed to force their target audience of Muslim communities — who in overwhelming majority reject their violent and terrorist tactics and who insist that they are an integral part of their newly adopted countries — into a situation where they no longer feel accepted by fueling anti-Muslim and anti-foreigner sentiment.

No action is more effective in pitting non-Muslims against a Muslim community that increasingly feels it is on the defensive and discriminated against than an attack like that on Charlie Hebdo. It plays straight into the hands of National Front leader Marine Le Pen. The opposition chief may be abhorred by the attack, but she could not have wished for a greater boost in her campaign for upcoming French elections.

The 9/11 attacks ushered in an era of growing intolerance, suspicion of the other, a feeling of not being welcome among immigrant groups and an identification of Muslims as the enemy in the War on Terror — even if Western leaders sought to differentiate between the majority moderates and the minority militants.

In doing so, al-Qaeda set the stage for policies that failed to address legitimate grievances of marginalized minority communities that has allowed deep-seated and pent-up anger and frustration to fester. The latest manifestation of that anger and frustration is the swelling of the ranks of the Islamic State (IS), a jihadist group that controls a swath of Iraq and Syria, with foreign fighters. The 9/11 polarization model is moreover part of IS’ toolbox in pitting its target audience of Sunni Muslims against the Islamic other — Islam’s minority Shiite community.

The perception of the other as a threat rather than an asset offered Europe’s extreme right a welcome feeding ground at a time that it was already on the rise as a result of economic crisis and high unemployment, which created a widespread sense of insecurity. Right-wing parties such as the National Front in France and the UK Independence Party (UKIP) in Britain have been on the up ever since.

Germany is currently being wracked by anti-Muslim demonstrations staged by Patriotic Europeans against the Islamization of the West (PEGIDA) and counter-protests. One of Europe’s worst post-World War II explosions of rejection of the other occurred in 2011, when Anders Behring Breivik bombed government buildings and attacked a youth camp killing 78 people to protest what he perceived as the government’s soft approach toward Islam.

To be sure, civil society has pushed back against Islamophobia. PEGIDA marches are being confronted by demonstrators opposed to their xenophobia and racism. The attack on Charlie Hebdo has similarly sparked reinforced public support for freedoms — first and foremost the freedom of expression, a pillar of the French republic.

Yet electoral pressure has prompted various European leaders, while denouncing racism, to pander to growing anti-immigrant sentiment by, for example, insisting on stricter immigration rules. British Prime Minister David Cameron has twice refused to rule out a coalition with UKIP after the next election.

In Iraq, Shiite Muslim Grand Ayatollah Ali Sistani long tried to counter the sectarian policies of then-Iraqi Prime Minister Nouri al-Maliki and the jihadist predecessors of IS by urging Shiites to refrain from blaming an entire group for the actions of a few. Similarly, Muslim groups and religious leaders across Europe and beyond have joined the chorus of condemnations of the attack on Charlie Hebdo.

Sistani and the Muslim condemnations offer Western leaders and security forces an asset to avoid falling into the trap that the attack on Charlie Hebdo represents. Norway’s response to Breivik’s traumatic assault stands as a model for how societies can and should respond to terrorism as a tool to divide and rule. To be sure, that may have been easier in Norway, where the attacker was one of their own rather than a member of a minority community.

Nevertheless, Norway refrained from declaring war on terror, treated Breivik as a common criminal and refused to compromise on its democratic values. In doing so, Norway offers a successful example of refusing to stigmatize any one group in society by adopting inclusiveness rather than profiling and upholding the very values that the perpetrators of the attack on Charlie Hebdo sought to challenge. 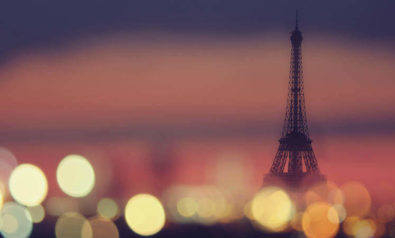 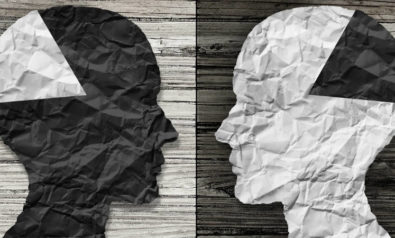 Let’s Not Forget Our Own Extremism