European banks haven’t recovered as well as American banks from the financial crisis. Investors have sold off shares as banks face tighter margins and an ongoing slowdown.

Bank stocks are taking a drubbing globally, but the picture is a bit more glum in Europe. The Stoxx Europe 600 Banks Index is down about 27% over the past 52 weeks, compared to 11% for US bank stocks, as tracked by the KBW Bank Index. The sell-off is depressing investor confidence for the sector amid fears of a global economic malaise.

Both American and European banks are trapped in an economic and financial slump. But the US banking sector is better off. “The path to recovery after the global financial crisis is very different [in Europe] from the US. The US response was very proactive and the banking sector was fixed more quickly,” explains Wharton Finance Professor Itay Goldstein.

Banks worldwide are being battered by a host of factors. Falling crude oil prices are hurting the business of energy companies, which in turn affects their ability to repay loans. But American banks have shored up capital reserves better than their European counterparts to offset loan losses, according to CNBC. Meanwhile, low or negative interest rates are squeezing profits at a time when European banks still have plenty of debt.

Europe suffers from other problems, too. Economic growth remains slow, imposing a further drag on banks. While their capital positions have strengthened, bank balance sheets are still burdened by troublesome loans. According to a February 23 report by the European Banking Authority, the quality of banks’ loan portfolios improved but “remains a concern” while profits are “still low.” The yield curve—a proxy for bank profitability—is the flattest it has been in years, a signal that margins are squeezed.

Not so long ago, the outlook was brighter for European banks due to projected higher bond yields, positive economic growth and quantitative easing finally making an impact. However, nonperforming loans, sluggish growth, deflationary pressures, falling oil prices and the economic slowdown in China soon began to take their toll on the sector.

The Stoxx banks index reflects this grim reality: Recently, it has seen its longest stretch of declines since May 2008, according to FactSet data. Since the beginning of the year, the index is down about 18%, compared with a decline of around 7% for the Stoxx Europe 600 Index, a total market index of companies across 18 European countries.

“Overall, macroeconomic problems and an ongoing recession made it difficult for banks to be profitable,” says Goldstein. “They are also suffering from increased regulation following the crisis, which limits their activities and increases their capital requirements, liquidity requirements, etc.” The US does not have the same set of issues as Europe, he adds. The European Central Bank’s (ECB) recent decision to push further into negative-rate territory, meant to spur bank lending, seems to have been ineffective. “Instead of using capital to lend, to activate the economy, banks are hoarding cash,” says Mauro Guillén, a Wharton management professor. “For a European economy that depends so much on bank loans, that can be very damaging.”

European companies tap bank financing much more than their counterparts across the pond: US firms are less reliant on banks and more willing to issue stocks and bonds. “Market instruments and especially listed equity takes a central role in US corporate external funding,” according to a November 2015 European Economic Forecast report from the European Commission. “This contributed to initiating a much swifter economic rebound in the US than in the EU [European Union].”

Meanwhile, negative rates continue to crunch European bank margins and hamper recovery. “The effect of monetary policy is hurting banks in Europe,” says Goldstein. And the cuts may not be over. In the upcoming March ECB policy meeting, it could once again lower rates, says Franklin Allen, Wharton finance professor and Brevan Howard Centre director at Imperial College in London. “I don’t know whether that will help the situation.”

Non-performing loans for European banks, estimated at €1 trillion, remain a challenge as well. Almost 6% of European banks’ loan books are impaired, and bad loans accounted for 7.3% of the EU’s gross domestic product (GDP), according to a November 2015 report from the European Banking Authority. Allen notes that non-performing loans are often dependent on asset prices, which in turn can be dependent on oil prices. If there is 10% to 15% volatility in asset prices, it can hurt the balance sheets of all banks.

Allen notes that European banks haven’t addressed their problems on leverage as they should have done or as much as the US has done—which increases their vulnerability. Goldstein adds: “When banks are highly leveraged, you become more exposed to fluctuations. Clearly in Europe, you need to stabilize banks and increase capital requirements.” In the third quarter of 2015, banks’ capital ratios rose to 13% from 11.5% in 2013, according to the banking authority.

Meanwhile, the EU’s banking union—established after the financial crisis of 2008 to shift banking policy to the EU level from the national level—is a sign of progress, despite overall challenges, Goldstein says. Previously, when banking was done at the country level, banks tended to favor nations that regulate less, causing some issues of forbearance and lack of compliance with regulatory measures, he notes. But it is still an open question how banks would operate in terms of the authority of ECB supervisors versus national supervisors. To make matters worse, Tier 1 contingent convertible bonds, or “CoCos”—meant to help a bank boost its capital ratio because these count as additional Tier 1 capital—could open up a new level of risk. CoCos are risky bonds that let the issuing banks miss interest payments when they are in trouble, convert them to equity or write them down. CoCos are popular in Europe; US banks are not exposed to them. This year, prices of CoCos issued by some major European banks have fallen in double digits, according to Bloomberg News. The worth of CoCo bonds will get better “if growth happens in the real economy,” says Allen.

Risks in Italy and Germany

One of the weakest links in Europe’s banking sector—besides the Greek banks—is Italy. Allen warns that the Italian banks pose some of the biggest risks in the banking sector. Currently, Italy’s biggest banks are dealing with staggering levels of bad debt, amounting to $218 billion, according to MarketWatch, a unit of The Wall Street Journal.

If two of Italy’s biggest banks failed, this would represent a crisis of “Lehman-type proportions,” says Allen. And a failure would put the Italian government, already saddled with big problems, under enormous pressure that would spill over globally. “In their financial situation, that would put them over the edge,” he adds.

Recently, the European Banking Authority instituted new regulations aimed at protecting taxpayers from bailing out banks. These “bail-ins” require creditors to take a hit of at least 8% of their liabilities before the banks can ask for state aid. However, “bail-ins” can still “cause bigger problems in the real economy quite quickly,” notes Allen. Considering the size of the three major Italian banks, Allen is skeptical whether the bail-ins would work in this case if all three banks were to collapse.

Even Germany is not immune from banking troubles. Deutsche Bank, Germany’s largest bank, saw shares plummet as much as 40% this year, dipping even below its low during the 2008 financial crisis. The bank reported a record loss of €6.7 billion in 2015 and concerns arose that it could miss CoCo interest payments. But Co-CEO John Cryan has said the bank is “rock-solid”—and German Finance Minister Wolfgang Schaeuble also has given public assurances.

While the company attributed the loss to restructuring costs for workforce cuts, write-downs and litigation expenses, investors still sold off its shares as they worried that the bank would need to raise new capital. Guillén adds that Deutsche Bank, along with French bank Société Générale, got too involved with investment banking and suffered losses from bad bets.

Deutsche Bank later announced it would buy back €5 billion of its euro- and US dollar-denominated debt, but investors tendered only €1.94 billion to date. “This relatively low investor participation in the public tender offers … reflects improved market sentiment and an investor preference to retain exposure to Deutsche Bank,” the company said in a statement. Goldstein and Allen believe Germany would never let its namesake bank fail.

Guillén believes that Deutsche Bank will be on its feet in two to three years, but the Italian, Spanish and Greek banks may not improve for a while. And even if the problems beleaguering these nations’ banks might be specific to their own circumstances, it could affect confidence in bank stocks.

Meanwhile, anxiety over whether the United Kingdom will stay in the EU is adding pressure to the economic outlook. “There has been talk that maybe the euro will collapse and some countries will leave the European Union. That will destabilize the currency and destabilize the banks,” Goldstein says. “When you put things together, the fundamentals are unstable.” 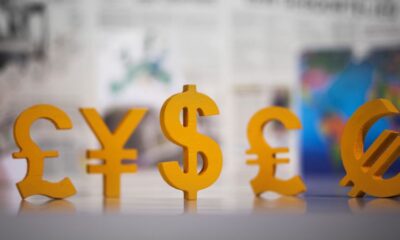 The World This Week: Global Economy Has a Great Fall 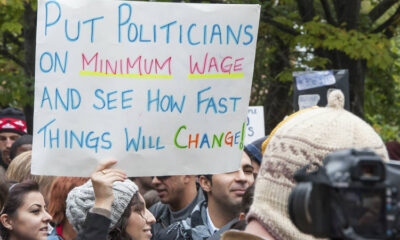 Global Inequality: Why it Matters