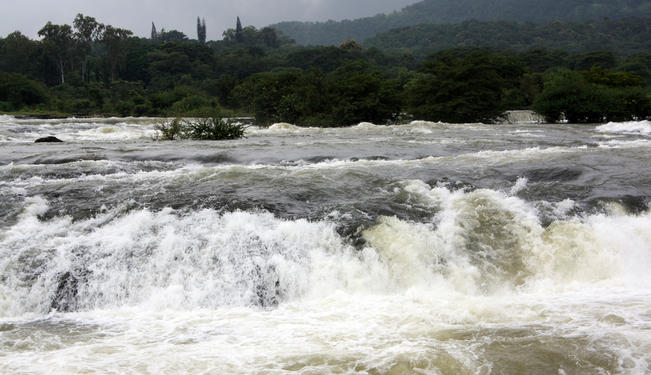 India is in need of a more robust disaster management system

This past June, a multi-day cloudburst centered on the North Indian state of Uttarakhand caused devastating floods and landslides. It was the country’s worst natural disaster since the 2004 tsunami. Whole villages, roads, bridges, buildings and modes of communication were effaced. Thousands of people, including those from other parts of the country making pilgrimages to Uttarakhand’s sacred temples, went missing. According to the Uttarakhand State Government, 5,700 people were "presumed dead" as of July 16. Moreover, a staggering 110,000 people, comprising primarily of pilgrims and tourists, were evacuated from the flood ravaged region by the army, Air Force and paramilitary forces. As the Himalayan state of Uttarakhand was battered beyond measure, India watched aghast.

In the aftermath of the Uttarakhand flash floods, numerous theories tried to explain the environmental reasons behind the disaster. These theories suggest that it was a combination of several factors which caused the flash floods.

Second, Uttarakhand received rainfall at levels unprecedented. From June 16, Uttarakhand received 375 percent higher rainfall than the average during normal monsoons. As it rained incessantly on the glaciers, ice melted at accelerated rates — resulting in massive glacial run-off swelling the rivers of Bhagirathi, Alaknanda and Mandakini.

Third, river flooding caused landslides all across the region. The towns of Gaurikund and Sonprayag were obliterated. Several other towns, villages and settlements were excessively damaged due to the landslides. The worst fall-out was the destruction of roads and bridgesm, which left thousands of pilgrims and tourists stranded.

The Indian Army, Air Force and other paramilitary troops stepped in promptly to evacuate people who were trapped in the flood-hit areas. However, the rough Himalayan terrain, heavy fog and continuous rainfall made the task of evacuation extremely challenging. A total of 2,137 sorties were carried out by military aircrafts and helicopters as part of the rescue operation. In the process, 20 military personnel died when a rescue helicopter crashed.

The Indian government reached out by providing financial assistance to victims of the tragedy and honoring officers who laid down their lives in the line of duty.

However, the real task ahead is that of restoring normal life in the region. An Uttarakhand Rehabilitation and Redevelopment Authority has been set up to take on this Himalayan undertaking.

Why are the Uttarakhand Floods Relevant?

It has been pointed out that man’s excesses and follies compounded the destruction that nature wrought in Uttarakhand. While the catastrophe ensued, the Indian government came under the scanner for its lackadaisical attitude toward environmental issues plaguing the region.

Several environmentalists and scientists have, since the 1950s, continually lobbied against indiscriminate development in the lower Himalayan ranges. The Himalayas, the youngest mountain range in the world, are considered ecologically fragile. Even though the work came to a halt, on many projects following the 2010 Supreme Court directives, measures taken by the government were half-hearted. Indiscriminate construction in eco-sensitive zones, blasting of hills and illegal sand mining continue unabated, fuelled by tourist traffic and an influx of pilgrims every year.

There have been cloudbursts and flooding in the last few years too, but the recent disaster assumed unprecedented proportions. Environmentalists claim that nature was sending warning signals — which were ignored by authorities. According to observation studies, cloudbursts become catastrophic in areas with hydro-electric projects, and where digging, blasting and tunneling takes place. Thus, even though the disaster resulted from unusual meteorological and geophysical processes, the destruction was compounded due to rapid environmental degradation and ecological loss.

Many scientists suspect that extreme weather events are on the rise due to global warming. A greater number of such incidents only call for a robust disaster management system, which was lamentably non-existent in the State of Uttarakhand.

Some hard questions need answering. Uttarakhand is often dubbed the "Abode of the Gods," even as restoration programmes reconstruct the property and lives of so many Indians. Business cannot continue as usual; things have to change. 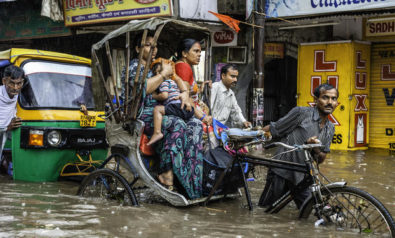 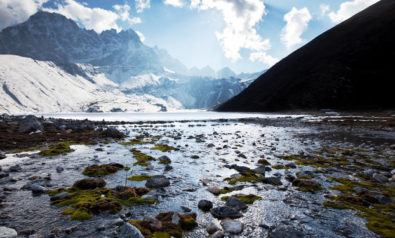 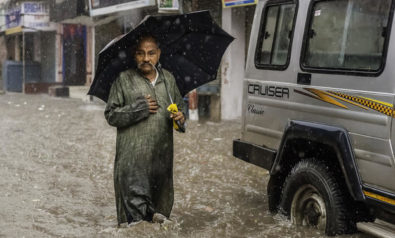 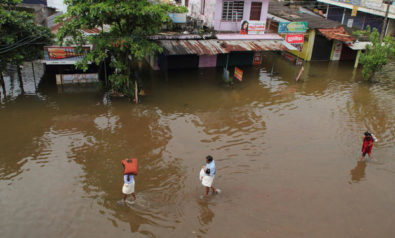