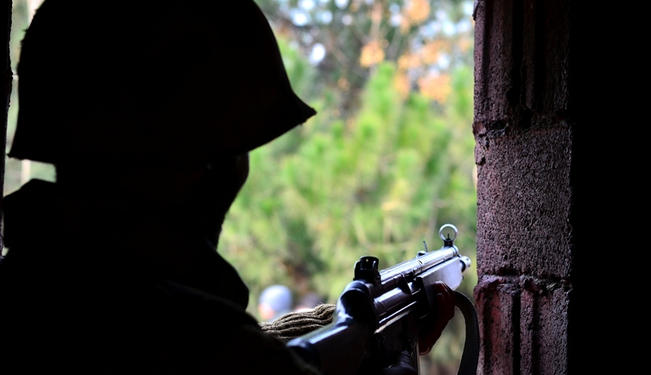 The Indian government is acting against the interests of the country by surreptitiously agreeing to a deal with Pakistan according to which it will withdraw troops from Siachen Glacier, the command of which gives India immense strategic advantages.

India is committing a historical strategic blunder by quietly agreeing to Pakistan’s demand for withdrawing from Saltoro Ridge in Siachen glacier. The Indian public and parliament have been kept in the dark. A backroom deal has been concluded through questionable intermediaries with close ties to Pakistan.

Since November 2011, militaries of both India and Pakistan have held several rounds to boost confidence building measures. These meetings were held in Dubai (20-21 November 2011), Bangkok (23-25 February 2012) and Lahore (23-25 September 2012). Additionally, working group meetings took place in Chiang Mai (21 April 2012) and Palo Alto (30-31 July 2012). In the Track II round held in Lahore in September this year, India and Pakistan signed an agreement to demilitarize Siachen despite the grave reservations of some members of the Indian delegation. The members who expressed reservations include a former ambassador, a former intelligence officer and two former officers from the Army and the Navy.

The decision to de-militarize or rather withdraw from Siachen has been taken arbitrarily at the highest political level disregarding strong objections by successive army chiefs including the current chief, Gen Bikram Singh. He has even made a statement to the media opposing demilitarization of the glacier. The agreement mainly includes: setting up a joint commission to delineate the line beyond NJ 9842, the map coordinate south of the incompletely demarcated disputed territory; joint authentication of present ground positions; determination of places for redeployment; disengagement and demilitarization in mutually acceptable time frame, and cooperative monitoring of activities to ensure transparency. The agreement states that re-occupation cannot be done speedily. This is absurd as it negates India’s ability to use helicopters for lightning occupation. This gives Pakistan a huge advantage because the western flanks and glacial valleys of the Saltoro ridge are controlled by Pakistan. They do not have snow during summer and can be reached under cover of darkness and of bad weather on foot. The provision for technical surveillance is a red herring because of the tough terrain and extreme weather. It is important to remember that because of these conditions even the US with all its technical resources was surprised by India’s nuclear tests of 1998.

The Indian government briefed the Lahore Track II Team to keep in mind the army’s stand that further talks would only be taken up “after” positions of both sides were authenticated on ground. The Indian Army’s concerns have clearly been ignored. The strategic importance of the Saltoro Ridge, especially in relation to Gilgit-Baltistan, Northern Areas, Shaksgam and Wakhan Corridor has been systematically obfuscated by a government that retains far too much of power over electronic and print media. The government has carried out a massive public relations exercise using gullible television channels to transmit the message that Siachen has no strategic significance. At one point, one so called expert claimed that India holds the Karakoram Pass, which is a blatant lie. National dailies have refused to publish articles highlighting the enormous strategic disadvantage of withdrawing from Siachen. Similarly, this issue has not been debated on national television. There are rumors that the media is muffling any discussion on Siachen on the instructions of the government.

The selection of Indian delegates who visited Lahore was incongruous. None of them had served in the Siachen, not even the six army officers who were part of the delegation. The negotiating team did not bother to visit the conflict zone despite months of parleys with Pakistani officials at beautiful locations. Two former military officers in the delegation are infamous for their political connections. It is rumored that the Air Force four star officer is to be rewarded with an ambassadorship or governorship while the one star army officer is to be given another bag of carrots for towing the official line.

It is surmised that the government is aiming for a Nobel Peace Prize to recover the legitimacy that it has lost after a succession of scandals. The Indian military has been castrated and is not allowed to state its views. Veterans who oppose de-militarization are denied media forums. It is inconceivable that any other major power would shut its military out of decision making and discourse the way India is doing at the moment.

Jehangir Karamat, the former army chief heading the Pakistani delegation, understands the strategic significance of Saltoro unlike his Indian counterparts. Under his leadership, Pakistan has grabbed the strategic opportunity to attain all its key goals. The Atlantic Council of Canada that acted as the peace broker has promptly put out the news on the net. Shuja Nawaz, a Pakistani strategic analyst who heads the South Asia Center at the Atlantic Council of the US, has close relations with his Canadian counterparts. More worryingly, he has close ties with the Pakistani military and is said to be a trusted advisor to both Gen Kayani and Gen Musharraf. Indians have long distrusted the Atlantic Council, which is perceived to be in bed with the Pakistani military and which has never really concluded its Cold War love affair with Pakistan. It is incredible that India should agree to the Atlantic Council as a mediator as it is unlikely to be a disinterested party and, as per the old adage, Caesar’s wife must be above suspicion.

The Line of Control between India and Pakistan was originally drawn on a 1:250,000 map with a thick sketch pen without military advice. This has left an ambiguity as to the location of any given point on this line to the tune of about a hundred meters. Furthermore, the line does not follow ridgelines creating a source of constant and persisting hostility and acrimony. The same thick pen may be used once again in Siachen to devastating effect. A withdrawal from Siachen would facilitate further Pakistani incursions into Kashmir and put Ladadh, the Buddhist part of the state, under threat.

Gen Pervez Musharraf, the former Pakistani president and army chief, mentions in his autobiography, ‘In The line of Fire, that he was planning to put a battalion on Saltoro Ridge. Indian officers preempted his move. Since 1984, Pakistan has been trying to control Siachen. Pakistan invaded India in 1999 to control Kargil and cut off Siachen. Pakistan is attempting to eradicate its strategic disadvantage through both military and non military measures. People in Shia dominated Baltistan, the place close to Siachen Glacier, are being forcibly converted to Sunni Islam. The Pakistani state often sponsors Shia massacres. The idea is to create a strong base for Pakistani troops to advance from when they make their next move.

If India withdraws from Siachen, the new defense line will need additional troops. The new number will be many times the number of troops holding Siachen presently and the costs to the exchequer will increase exponentially. The joint agreement innocuously says in Annexure II, “small-scale intrusions are neither significant nor sustainable”. This is absurd. Small scale intrusions can easily take place undetected in areas devoid of snow during summer months. They can then be staging posts for infiltration. The Indian army lost the flower of its youth in 1999 when Pakistani troops intruded to take the heights in Kargil. With no defense line in Siachen, Ladakh will be open to infiltration. Irregulars and members of the Taliban will be able to cross into territory that belongs to India while Pakistan will deny culpability for ‘non-state-actors’. Gen Musharraf once declared that there would be many more Kargils in the future. Withdrawing from Siachen will make the general’s declaration a reality.

The public and the parliament have the right to ask the government why the Siachen issue has not been debated publicly and in the parliament. What exactly has Pakistan done to earn Indian trust? Has the anti-India terrorist infrastructure in Pakistan and Pakistan occupied Kashmir been dismantled? Has any progress been made in punishing the perpetrators of the 26/11 Mumbai terror attacks? Has the government forgotten that Pakistan has repeatedly double crossed us? During a visit by a delegation from Pakistan to discuss confidence building measures, why was the Pakistan Army breaching the ceasefire? Why is the Pakistan arming and stoking insurgencies in India? Why is the Pakistani intelligence trying to revive terrorism in Punjab? Why do American think tanks repeatedly state that Pakistan is the most dangerous place in the world? What does India gain from giving away Siachen?