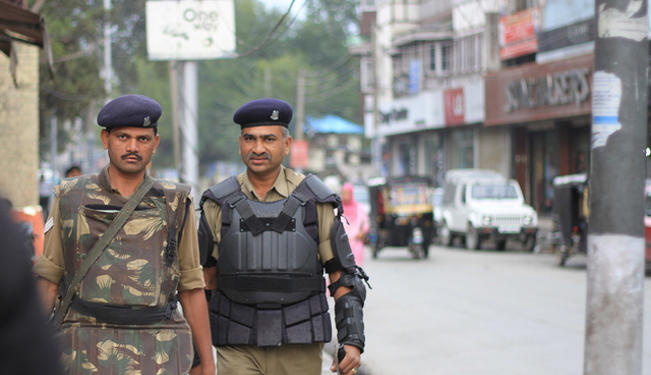 An overview of India's Armed Forces Special Powers Act in the Kashmir region.

John Quinton, American writer once wrote, “Politicians are people who, when they see light at the end of the tunnel, go out and buy some more tunnel.” It appears that this is exactly what is happening in Kashmir, at least on the Indian side. Some ‘overnight’ security strategists wake up one fine morning feeling they are best judges of matters military; better than the military itself. Last year, the Chief Minister of J&K suddenly decided Kashmir was the most serene place on earth declaring arbitrarily, without reference to stake holders, he would revoke AFSPA (Armed Forces Special Powers Act), naming areas including known terrorist strongholds. A terrorist incident immediately thereafter even led a squeamish politician from the same party accusing the Army of engineering the attack. Interestingly, the CM’s statement came despite 195 terrorist incidents in J&K during 2011, spate of infiltration attempts, LeT training 21 female suicide bombers for attacking J&K, CM demanding 50 additional police battalions and the Centre allocating INR 499 crores to J&K for upgrading weaponry to fight terror. Luckily, status quo was maintained after much discussion including diluting AFSPA that could be highly disadvantageous to security forces fighting vicious insurgency and exposing troops to decades of litigation for legitimate acts. Presently, the CM is again gunning for revoking AFSPA despite continuous unprovoked firing by Pakistan, the  State admitting 3084 youth of J&K are undergoing arms training in 42 terrorist camps across border, 2500 terrorists in Pakistan Occupied Kashmir awaiting chance of infiltration, focused killing of Panchayat (village level elected body) members by Pakistani terrorists, over 100 Panchayat members resigning and Centre rushing 7000 additional Central Reserve Police Force personnel to J&K to control the deteriorating security situation. Can there be a worse example of short sightedness for narrow political gains?

Last year when the Army Chief remarked that J&K administration had not capitalized on low levels of violence maintained by security forces, the present CM’s father went ballistic; himself an erstwhile CM of J&K who came to power following massive rigging of elections in 1987 sowing seeds of insurgency in the State. Army is sent in when the State administration fails. AFSPA in J&K came into effect through an Act of Parliament on 10 September, 1990 when its requirement was felt by Parliamentarians to provide administrative and legal mechanism for Armed Forces in counter-insurgency. AFSPA is not a tool for the Armed Forces to run riot. Politically motivated human rights groups may portray AFSPA as ‘draconian’ and ‘human rights abuse’ but the record of Indian Armed Forces compared to counter-insurgency operations by US/NATO/ Sri Lankan Army has been exceptional; minimal collateral damage and without using heavy weapons, air and artillery. Indian National Human Rights Commission statistics prove only 4-5 percent of human rights abuse allegations proved true and armed forces ensure exemplary punishments in case of culpability. Armed Forces don’t want prolonged deployment in counter insurgency but the State administration has to do their part through good governance, which is sadly lacking. The CM continuously rejects implementation of 73rd and 74th Amendments of the Indian Constitution that empowers Panchayats. Delhi Policy Group (Delhi based Think Tank) held a comprehensive round table on J&K with politicians of every hue of J&K whose unanimous antipathy was that the State Government is ensuring Panchayats remain without powers. How then can governance improve at the grassroots?

The opposition in J&K has clear links with Hijbul Mujahideen. Insurgencies and criminalization of politics having become a currency for retaining power; a phenomenon not new in India: take the hate speeches in Assam during Emergency era that created ULFA (United Liberation Front of Assam); Illegal Migrants – Determination by Tribunals Act of 1984 for Assam that regularized illegal Bangladeshi immigrants (many possibly trained in terrorist camps) drastically altering demography till the Act was struck down in 2005 by Supreme Court as “unconstitutional”; training and arming Bodos; creation of Bhindranwale and what have you. Nagaland was ideal setting with all Naga insurgents based in adjoining state of Manipur and could be summoned underhand to keep up violence. India used an entire Division to decimate the Maoist movement at Naxalbari few years back, yet the movement has been allowed to grow exponentially, largely through mis-governance. Political power apart, insurgency is good for finances as well. The Centre doles out enormous funds, accountability is not sought and no one is wiser.

Presently, Indian Home Minister has talked of “credible intelligence reports of Pakistan trying to stir up trouble in India by helping terrorist infiltration”, but what the stance of the Centre will be next year with elections approaching is anybody’s guess especially if Pakistan ensures a prolonged tactical pause. For political gains, the Centre may go to any length as demonstrated by the underhand Track II agreement to demilitarize Siachen without debate in Parliament. The Indian Co-Chair confirmed in writing they are a “Private Body” but later reneged by saying they are “Private Individuals” who sought briefing from the Ministry of External Affairs (MEA) and Military. MEA briefing did not cover Siachen and no “Private Individual” asked any questions on Siachen. The Military categorically said they do not want demilitarization. So the two vital questions that are not being answered by the Indian Co-Chair and any of the “Private Individuals” of the Track II Team are: When there was no direction / discussion by / with MEA regarding Siachen and the Military categorically stated they do not want de-militarization, what was the motivation / compulsion of these “Private Individuals” to agree to demilitarize ignoring recommendation of every veteran and serving Army Chiefs including the present Chief (are these “Private Individuals” accusing all our Army Chiefs including General Bikram Singh of putting the lives of their soldiers at stake in Siachen for mere ego); and why would any organization pay millions to organize meetings in different parts of the world and with what aim Since MEA officials formally briefed the Track II Team and there were series of meetings with Pakistani counterpart after each of which there must have been feedback, it does not make it any less official. What the Co-Chair and his bunch of “Private Individuals” appear hiding but being openly talked in journalistic circles is that the before the Lahore meeting there was also a briefing by the NSA himself, which if true smacks of intrigue at highest levels. Incidentally, reneging from “Private Body” and labeling themselves “Private Individuals” is because for a “Private Individual”, ‘treason’ does not figure in the Indian Penal Code – amazing but true. Someone higher up has given them last minute legal advice; providing protection from law and more importantly from being forced to divulge disclosing covert political directions on the issue. Perhaps AFSPA could not be revoked in J&K right now because of stiff opposition by the Northern Army Commander, but he retires next year. A mischievous report titled ‘Kashmir Vs Northern Command’ in ‘Geopolitics’ of October 2012 talks of differing perception of Army Headquarters and Northern Command, indicating government’s dirty tricks department is in play again. When the Army Chief’s categorical view not to demilitarize Siachen has been ignored by the military heavy and government briefed Track II Team, AFSPA may well be revoked from J&K, especially since J&K Government supports the ruling coalition. Last time when militancy similarly went down in J&K during 1998, Pakistan made massive intrusions in Kargil forcing diversion of troops that facilitated infiltration. Revoking of AFSPA will re-ignite Kashmir Valley while withdrawal from Siachen will set Ladakh afire with terrorist bases mushrooming all over Ladakh and Zanskar Ranges. John Quinton must know we don’t need to buy tunnels here, we dig our own!