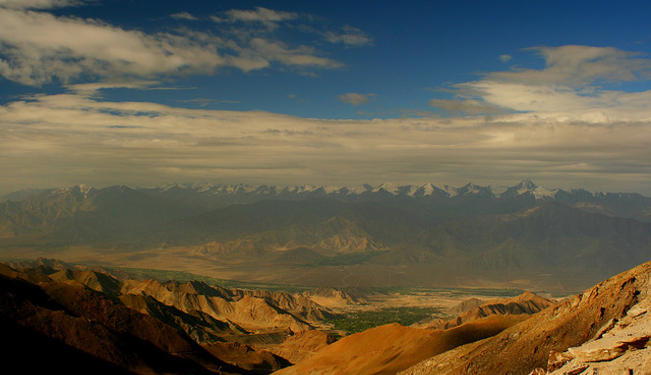 Incidents are bound to multiply in future if both sides remain ensconced in their fanciful security cocoons built of nuclear weapons and other destructive material.

International relations theory is premised on the fiction that the state is a rational actor. By a rational actor is meant that it makes rational calculations based on a careful examination of the pros and cons when interacting with other states. A state is supposed to be maximising its advantages vis-à-vis other states. Experience, however, tells that like so many other highly intellectualised theories of political science, the one pertaining to the state as a rational actor in international relations is a great oversimplification of a far more complex reality, and if applied mechanically, it is misleading. In the case of the notorious Indo-Pakistan imbroglio, a great deal of their interaction has been nothing more than piquing zero-sum games. Prestige rather than rational self-interest is at the heart of this most wasteful standoff.

Nothing epitomises such a deplorable state of affairs more concretely than their combative postures on the prohibitive heights of the Siachen Glacier. The news that an avalanche claimed the lives of 135 Pakistani military and civilian personnel greatly saddened me.

The origins of the dispute can be traced to the Simla Agreement of 1972, which left the Siachen Glacier’s status undefined and un-demarcated when the ceasefire line was converted into the Line of Control. It merely stated that from the NJ9842 location, the boundary would proceed ‘thence north to the glaciers’. The glaciers made up such inhospitable territory that neither India nor Pakistan considered it important to demarcate the Line of Control in that region. The Siachen Glacier is located at a height of over 6,000 metres. It is a most unreceptive terrain, mostly due to the extreme cold weather and the concomitant hazards of maintaining a base in such a place. It covers altogether some 2,300 sq km. However, since Pakistan had been granting permission to international mountaineering teams to climb some of the high peaks in the Siachen area, India became concerned that Pakistan was thus staking claim to the territory.

Consequently, the Indians began to send secret army expeditions to the Siachen Glacier. On April 13, 1984, the Indian army and air force personnel went into the glacier territory and dug into the highest mountaintops. It was, therefore, India that took the initiative in establishing a military presence, on a continuous basis, in the disputed area. Pakistan made several attempts to dislodge the Indians. The most determined effort was in 1987 when the mission, led by the elite SSG commandos, failed to achieve its objective. Skirmishes have flared up later as well. Both sides have suffered casualties. Additionally, frostbite, lung and respiratory ailments and heart-problems have also been taking their toll of death and injuries in that desolate, God-forsaken glacier. Dead bodies of soldiers and officers have quietly been despatched to their bereaved families while the civil and military top brass remained stuck fast to their intransigent positions in the comfort of their homes and offices.

In his autobiography, In the Line of Fire, General Pervez Musharraf has expressed the view that the Indians have to suffer far more than the Pakistanis because they have to cover a long trek, while the glacier is easily accessible from the Pakistani side. The Kargil misadventure that Musharraf masterminded was an attempt to neutralise the ‘advantage’ that the Indians had achieved by converting the Siachen Glacier into a military base. It resulted in a mini-war that could have involved an exchange of nuclear bombs.

I have travelled a great deal in western Europe and seen with my own eyes how vain politicians, unscrupulous diplomats and moronic generals during the two world wars drove millions and millions of young men to their graves on battlefields, in the trenches, and as they waited in sub-zero temperatures for the next order to attack. On a miniature scale, we have to our credit a similar conduct from both the Indian and Pakistani power elites.

The lunatic fringe on both sides have been crying themselves hoarse for continued confrontation. We have Zaid Hamid and his ilk prophesying war with India that Pakistan will win while on the other side Bal Thackeray and Dr Praveen Togadia are always busy spewing poison against Pakistan. This time the cruel hand of death struck Pakistanis; next time it could be Indians. There is nothing to be gained from it. There is every reason to deplore it. Let me quote Mian Muhammad Bakhsh (1830-1903) on this: Dushman marey te khushi naaN kariyye/ SajnaaN vee marr janaa (Rejoice not the death of the ‘Enemy’/One day, your beloved will also die).

Such wisdom alone can help us transcend narrow nationalism and warmongering. Only when genuine peace prevails between Pakistan and India can the lunatic fringe become truly irrelevant.

I received an essay from a Pakistani defence analyst, Haris N Khan, in which he has pointed out that the avalanche has been caused by climate change. Global warming is causing the glaciers to melt. Such incidents are bound to multiply in future if both sides remain ensconced in their fanciful security cocoons built of nuclear weapons and other destructive material. It is time to press our governments to develop credible policy to tackle the threat of climate change. Needless to say, it calls for cooperation not confrontation on the Siachen Glacier.

I propose that peace-loving Pakistani and Indian colleagues who write weekly columns conduct a concerted campaign demanding the demilitarisation of the Siachen Glacier forthwith; its resolution should be declared the first necessary step in the settlement of other disputes.